Review: ‘This Land’ is whose land, exactly? 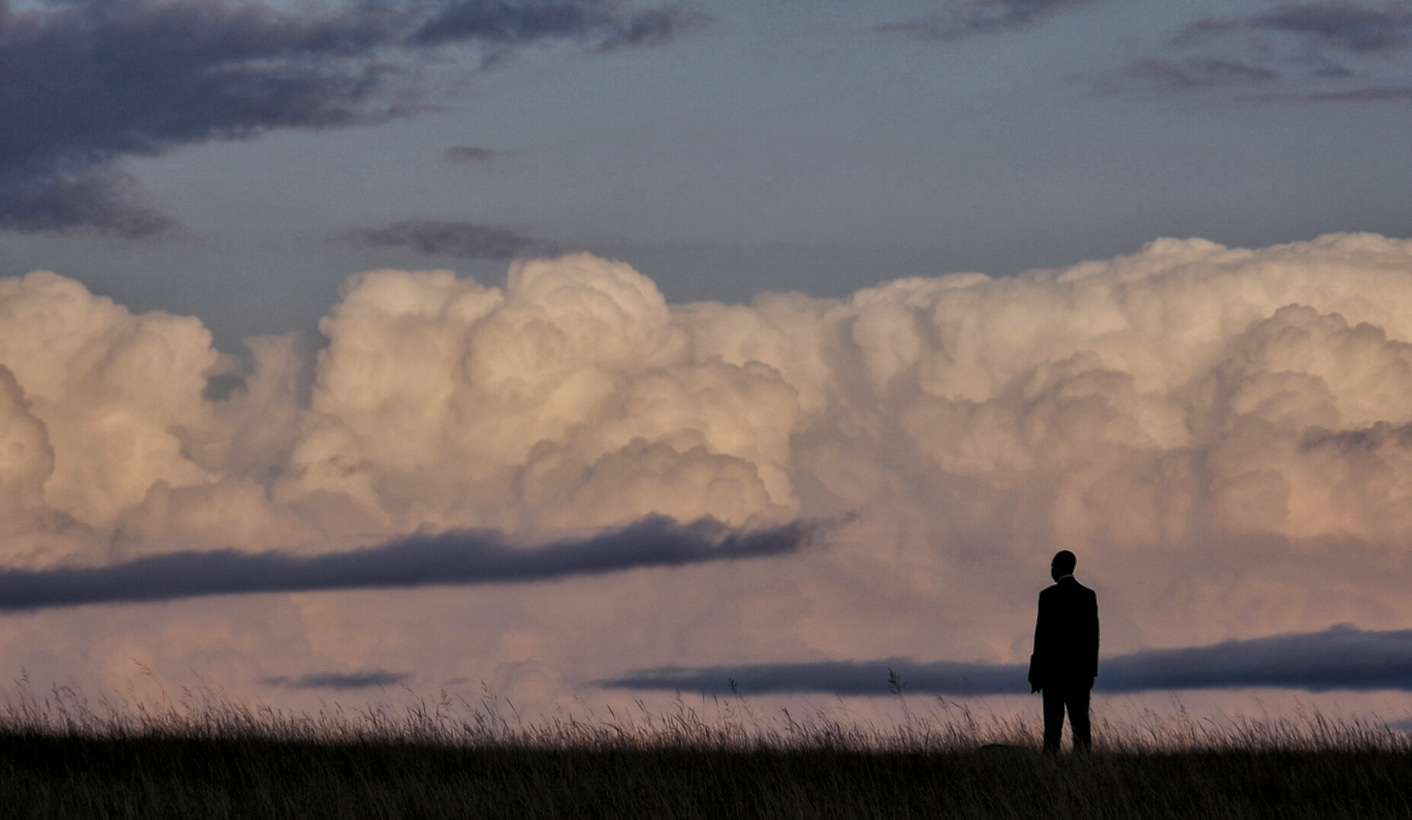 A documentary touring South Africa and which premieres in Johannesburg this weekend takes a tough look at land restitution – or rather, the lack thereof. It poses one key question: in a fresh round of forced removals in rural South Africa, whose land, exactly, is being fought for? By MARELISE VAN DER MERWE.

We were forced out [of our parents’ beautiful places] and put in these hollows. Now that we are used to these hollows, things are beautiful and we have made it home. Now these mines appear, and they want to move us from here. Then where are we supposed to live… without a place of our own?

“We must compose our own songs to keep us motivated and strong,” says Mbhekiseni Mavuso, a pastor and land rights activist who has been fighting on behalf of the people of Makhasaneni. Their story is told in the documentary This Land, currently touring South Africa.

Mavuso promised his late father, whose remains lie in Makhasaneni, that he would not allow his bones to be disturbed. And so Mavuso has spent years of his life fighting to prevent mining companies, mall developers, game farms and others from prospecting on land where rural communities live and farm. Masakhaneni counts as one of the victories for activists. But there is no shortage of struggles. Mavuso now works with the KwaZulu-Natal Rural Network.

The issue of writing new songs and slogans is powerfully symbolic. “We must not sing the songs of the ANC, because this government is oppressing us,” Mavuso tells Daily Maverick. “We need our own slogans. We will say: power to us by force. We are not asking. We are not requesting. We are now fighting the people we thought liberated us.

“If we still sing their songs, they will think we are praising them.”

If your struggle is no longer represented, he argues, then change the struggle.

Mavuso studied liberation theology. He doesn’t think much of commercially driven evangelism or the staggering wealth that has come to represent some of the most powerful clergy. Oppressors are one and the same, he phrases it, born of the same mother. “This,” he says, “is the second phase of our freedom.”

This Land will premiere in Johannesburg on 10 June. Mavuso will be in conversation with, among others, Kgalema Motlanthe. The questions posed will not be easy.

The documentary, directed by Miki Redelinghuis, chronicles the battle for the land of Makhasaneni – a by-now familiar struggle. In 2011, residents discovered geologists prospecting on their land. Soon afterwards, crops began dying. The soil and water became too contaminated to continue farming. The land, they learned, had been sold to mining giant Jindal Africa by their chief, who got the go-ahead from the Ingonyama Trust. Ingonyama, set up at the tail end of apartheid, holds nearly three million hectares of traditional land in KwaZulu-Natal, with King Goodwill Zwelithini as the sole trustee.

In theory, the rights of those who have lived on the land for generations are protected by the Informal Land Rights Act, despite it being a (long-term) interim measure. But knowledge of this legislation is not widespread, and often chiefs enter into lucrative contracts with mining companies or other entities without consulting with affected communities. Residents have described waking up to discover unfamiliar cars outside their homes and prospecting within their fields or among relatives’ graves. Not only are they not consulted; they are not informed.

The effects of this can be devastating. Mavuso describes his work on cases ranging from physical removals to constructive eviction, where residents are driven out of their homes by a range of measures to make their lives untenable. Their electricity or water supply may be cut or compromised, their cattle impounded or their children denied access to schooling by physical obstacles. In This Land, farmers faced the widespread death of livestock and crops, water pollution and long-term soil damage. “It’s just eroded dongas now,” said one former farmer, who was left destitute with 14 orphans in her care.

The film chronicles a number of intimidation tactics faced by Mavuso and colleagues including threats of violence and a smear campaign. Unfortunately for those dishing it out, Mavuso notes drily, there were influential media including City Press and Mail & Guardian giving in-depth coverage to the issue.

But this story is not merely Watership Down for grown-ups; a case of “development bad, activism good”. It’s a little more nuanced. This Land also details the dispute between community members and Amafa/ Heritage KwaZulu-Natal, after the latter introduced a variety of wildlife to the area. Farmers at Babanango, north of Masakhaneni, noted a catastrophic loss of livestock after they caught diseases introduced by the hitherto unfamiliar species.

“We have suffered a lot under the name of heritage and tourism,” one farmer observes wryly.

It is not unusual for rural communities to lose their own heritage in the name of national heritage, national treasures, or simply the hunt for resources, says Mavuso. “But we have our own ways of preserving our heritage.” There are grasses, trees, herb species, and other natural phenomena, the knowledge of which are held by rural communities, he points out.

Community members wish to be the custodians of their own heritage in other ways, too, they say. In one particularly poignant scene of the film, residents tell the camera that after the mass removal of graves, they no longer know which remains belong to their own relatives.

At the core of the film, say the researchers, is one key question. Who does own the land? Is it the Ingonyama Trust and the King, or is it the community?

At present – despite a great deal of legal wrangling – there is no clear answer. The Traditional and Khoisan Leadership Bill may bring the picture into relief, but activists at the Land and Accountability Research Centre and other similar bodies remain concerned that it will create problems rather than solve them.

“At the heart, it is an undemocratic system,” says Mavuso. And in the meantime, they watch and wait.

This Land will screen at Encounters in Johannesburg on 10 June.