GroundUp: Artist sentenced to 18 years in prison for murder of sex worker 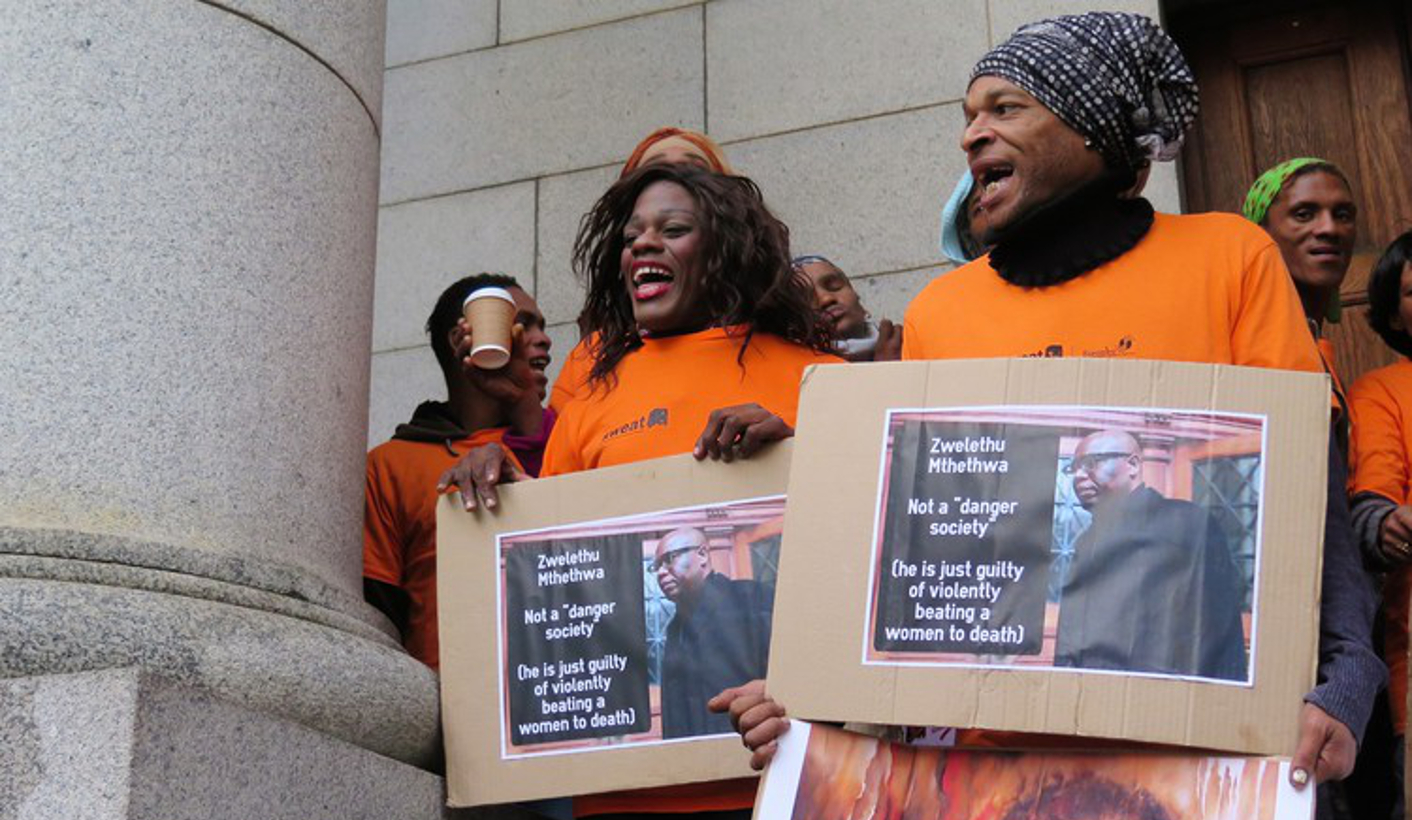 The killing of sex workers will not be tolerated, says judge. By Ashleigh Furlong for GROUNDUP.

Zwelethu Mthethwa, the artist convicted of stomping sex worker Nokuphila Kumalo to death, has been sentenced to 18 years in prison. This is more than the minimum sentence of 15 years for murder with intent in the form of dolus eventualis, of which he was convicted.

Experts called by Mthethwa’s defence had recommended a non-prison sentence and the prosecution had asked for the minimum sentence of 15 years in prison.

“The courts need to send a clear message to tackle the scourge of gender-based violence,” said Deputy Judge President Patricia Goliath in the Western Cape High Court on Wednesday.

Judge Goliath said that deterrence should be emphasised in this case. She said that Mthethwa’s standing as an internationally celebrated artist “does not earn the accused a special sentence”.

“The aggravating features of the crime are overwhelming,” Judge Goliath said.

She was “not persuaded that the cumulative impact of the personal circumstances of the accused should be considered as substantial and compelling”.

Rather, Judge Goliath believed that a longer sentence than the one prescribed was fitting for Mthethwa.

She described the crime as an “unimaginable” and “horrific” attack on a young woman. Judge Goliath said that Kumalo was defenceless and that the attack was unprovoked. The fact that she was a sex worker “multiplied (her) vulnerability”.

She said that the manner in which the attack was carried out showed “disrespect for the bodily integrity of the deceased”. Judge Goliath described the high degree of force that was used in the attack where Kumalo’s liver was virtually torn in two, ribs were fractured and blunt force injuries were inflicted to her face.

She said that Mthethwa persisted with the defence of memory loss, a defence that was introduced belatedly in the case. She said that this was “clearly an attempt to deceive the court”.

“The accused conducted himself with a flagrant disregard for the sanctity of human life,” she said. “He acted in a manner that is unacceptable in any civilised society. The callousness, cruelty and brutality of the attack as well as the contempt displayed towards the victim are all aggravating features.”

The defence had argued that if put in prison, society would be deprived of Mthethwa’s contribution and that there was not much likelihood in him re-offending. The experts called by Mthethwa’s defence argued that Mthethwa had a “great deal of respect for women” and that this respect was displayed in his artwork. In testimonials from family and friends, Mthethwa was described as a caring, insightful, gentle and intelligent man. Both experts recommended non-prison sentences.

Mthethwa’s advocate, William Booth, said he will be appealing both the conviction and the sentence.

Outside of court, a man who said he has been a friend of Mthethwa for years, told GroundUp that the murder case didn’t come as a surprise. Contrary to testimonials, he said that there had been previous incident of Mthethwa abusing a woman. The friend said that he thought the sentence would allow Mthethwa the chance to be rehabilitated. In fact he believed that it should be longer.

Sally Shackleton, the director of Sex Workers Education and Advocacy Taskforce (SWEAT), said that while she is grateful that sex workers were specifically mentioned during sentencing, she still feels “really sad because it doesn’t bring back the dead”. She also said that she was grateful “there is no tolerance for violence against sex workers and we are glad that the minimum sentence was raised to 18 years”. She said that hopefully there will be “an equal amount of attention on the other cases that we have pending”. DM