GroundUp: Hundreds of thousands of home owners do not have title deeds 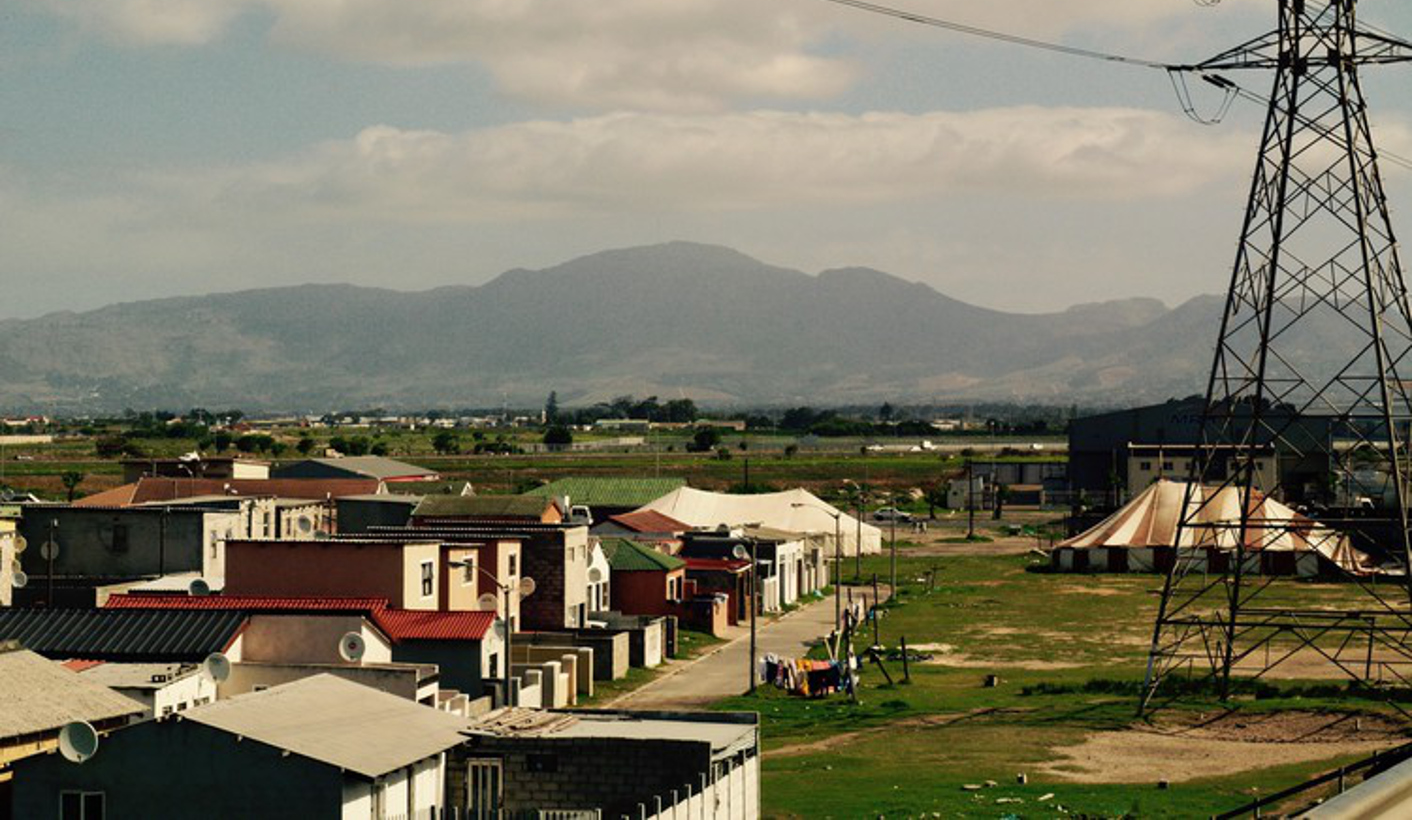 Here are the consequences of this, and what we need to do about it. By Noah Schermbrucker, Victoria Mdzanga and Christine Botha for GROUNDUP.

In Tsime Street, Vukuzenzele, 31 happy faces are peeking through the window of a bright red house which is currently registered with the Western Cape Government as Imizamoyethu Educare Crèche. Nomakhaya, the owner, takes pride in caring for these children while working parents in the area rely on her and trust her. Nomakhaya receives a grant of R15 per child per day from the department of social development. Parents pay monthly fees, varying between R200 and R400, but the grant money is essential to feed the children two warm meals, maintain the crèche and pay four employees.

To continue receiving this vital grant the crèche must be registered every five years with the Department of Social Development. An approved formal plan is now required as part of this process. However the crèche, as well as all houses in the street, encroach onto a municipal road reserve. The facility can therefore not receive formal title – in fact it does not even appear on the city’s official maps. Without formal title and approved plans, the centre can no longer access the social grant. There are three other early childhood development centres in Vukuzenzele that may soon face the same problem.

This is just one of many cases in Vukuzenzele where not having a title deed has prevented residents from accessing the benefits of formal City structures. Because of a complex set of irregularities during its construction 20 years ago, all 235 People’s Housing Process (PHP) houses in Vukuzenzele do not have formal title deeds.

Extensive interviews conducted during the last six months have drawn out numerous examples, like the above, of how this has affected the community. These include informal sales of houses for below market value or the inability to legally transfer houses to children or spouses. Of the 235 households surveyed, every single one expressed a wish to receive formal title deeds – often because the owners wish to legally pass on their houses to their relatives.

Disputes over encroachments cannot be resolved through legal channels. For example, two neighbours, one of whom has encroached, were interviewed (we’ve withheld their names). The encroaching party stated, “The municipality must make this ruling between myself and my neighbour.” However, the affected neighbour indicated that he has been verbally abused whenever attempting to discuss and resolve the encroachment. In this case legal action is virtually impossible as both plot boundaries do not “exist” on official maps at the Surveyor General’s office. This information would form the basis for any legal ruling.

Ironically without resolving the encroachment, and clearly marking the accepted plot boundaries, no official plans can be lodged or title provided. All possible solutions mediated by the local committee have failed. It’s a catch 22.

This problem does not only affect Vukuzenzele, but hundreds of thousands of subsidised houses across South Africa. A 2011  report  based on research conducted by Urban Landmark says:

More recent figures place the estimate at a backlog of 900,000 houses but this number has not been substantiated. Whatever the exact figure – the problem is countrywide and substantial. Urban Landmark’s report identifies a number of key factors which have caused this delay – some of which are reflected in Vukuzenzele. These are:

Over the last few years a number of attempts have been made by various tiers of government to provide housing beneficiaries with title, with the issue gaining some political traction nationally (eg read here and here).

However, as Vukuzenzele shows, removing impediments to title provision are costly, bureaucratically involved and time-consuming. This process, which is currently being managed by an NGO – People’s Environmental Planning (PEP) – is very complex: legitimate owners have to be established and ratified by local committees, land-use management departures and waivers need to be negotiated, new surveys of boundary lines have to be undertaken, services have to be transferred, encroachments (both public and private) need to be resolved and new house plans measured. Of course each case would be context specific with some of these processes applying, others not and new challenges emerging. Also, many of these processes span multiple city departments which quite often contradict each other and do not have a co-ordinated response to achieve the end goal of transfer and title.

Political complexity and cost, never mind doing so retroactively in a semi-formal setting, is one of main hurdles hampering title provision according to Urban Landmark. A frustrated official said: “We have a first-world deeds system in a developing-world spatial context. We need to question the very necessity of title deeds.”

The implications of a failure to provide title deeds are significant. The rationale of the state’s capital subsidy policy is to give the poor a first step onto the formal property ladder. Without title, and its associated legal and financial benefits, it is impossible for housing beneficiaries to leverage their houses as collateral to access bonds or secure funds to enlarge their homes (eg read  here). Houses without title do not have an official address and cannot legally  be transferred to next of kin.

As in so many cases when the formal system breaks down, informal avenues are pursued. Given this bureaucratic “limbo”, the residents of Vukuzenzele have proceeded to improve their houses and leverage their financial value – informally and without title. Almost all of the 235 houses have been extended; some to accommodate family but many others to make space for tenants who pay between R1,500 to R2,000 per month. These improvements may extend over the official house boundary lines and not have approved plans but they reflect logical choices by home owners.

Ngenelwa Nonopha, a home owner, says: “Yes, I was aware that I went over my boundary but felt I needed to do it, for my children.”

Nosicelo Kwenye expressed frustration at not understanding the title application process and costs. Very aptly she says: “It’s like praying to a god you don’t even know.” Further detailed research into the investments residents have made into subsidised houses, and their associated informal short and long-term impacts, is sorely needed.

So what is the way forward? Unblocking title provision would provide key legal benefits to housing beneficiaries across the country and also, to a degree, allow them to further integrate with the formal market and its benefits. This case is argued here with research from the Centre for Affordable Housing Finance in Africa (CAHF) undertaken for the Estate Agency Affairs Board: “… the most rapid growth has been in the lowest market segment – properties valued at less than R300,000 – which are mostly government subsidised. This segment accounted for 44% of the total housing sector in 2013. The aggregate value of government-sponsored housing was R200-billion – 5% of the total R3.8-trillion value of residential property.”

However, it is also clear that without title, residents will invest informally to improve their homes and leverage them as an income generation resource. Should we call this “illegal”? This would prevent hundreds of thousands of households from ever receiving title. Or do we need to consider the norms, standards and regulations which govern title provision and ask whether they are largely dysfunctional when it comes to the context of urban poor people. Neither option leaves us with a pragmatic way forward. One path to consider is the institution of a “planning light” policy which, instead of being cumbersome and weighted against poor people, recognises the logic of informality and creates special powers to fast-track processes like title provision. In this way, an onus is placed on inclusion within formal structures while recognising that this cannot be achieved without a relaxation of current land use management standards (for more on this idea read  here).

It is hoped that this article will stir further debate and much needed research into possible solutions to the challenges of title provision within the messy and complex space between formal and informal worlds. DM

Noah Schermbrucker is the programme co-ordinator with PEP. Victoria Mdzanga (social facilitator) and Christine Botha (research intern) conducted the interviews in Vukuzenzele on which this article is based. They both work for PEP