Comrades: A race full of beauty and lessons for us all 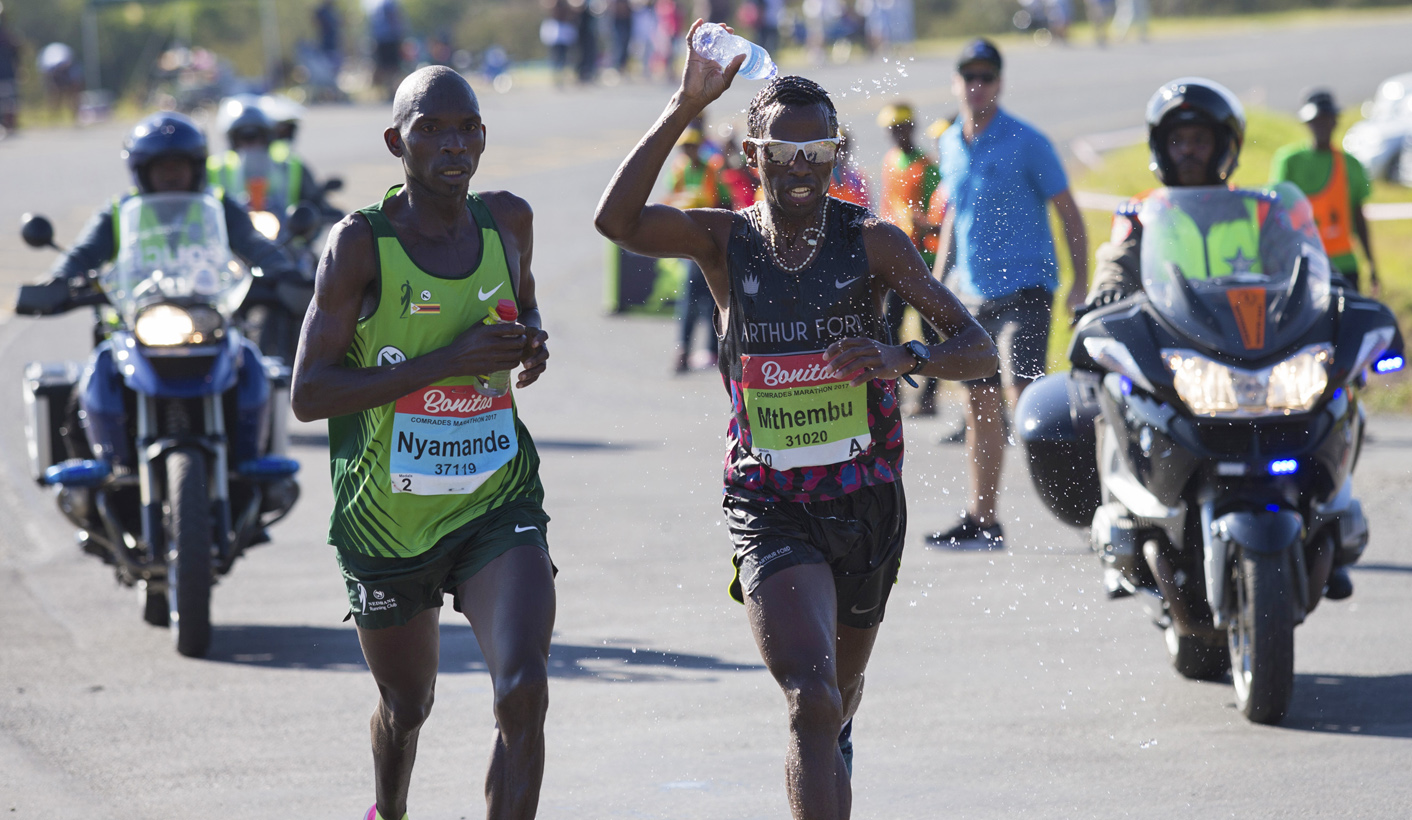 The Comrades is the most brutal, most beautiful race on the planet. Every year, thousands of runners – some with incredibly stories – tackle it in the only way they know how: one foot in front of the other for however many hours it might take to complete the distance. South Africa’s democracy seems to be running its own Comrades right now and we just have to keep going, one foot in front of the other.

I cannot profess to really call myself a runner. Most days I make my legs move in an approximation of something that represents running, but there are mincers who race-walk faster than what I “run”.

Any muscle in my body must so much as think about aching and I will complain. I’ve never run further than 15km and while it’s a perfectly enjoyable way to stay fit and find some zen, I’m not going to be challenging anyone for a top 10 finish.

Despite my shortcomings, I am in constant awe of the people who do crazy things like run marathons and other endurance events. This weekend’s Comrades Marathon was another reminder of the incredible human spirit.

The Comrades has a unique place in South Africa. Even as a kid, it’s one of those things my mother and I would get up early for to watch, even if I had no idea what I was really watching at the time. It’s an almost magical event and those who compete – for the sake of actually winning it – have discipline and focus beyond comprehension of us mere mortals.

This year’s winner, Bongmusa Mthembu, a son of our South African soil, ran the distance in 5:35:34 on Sunday. Think about that for a second. Think about the incredible amount of training that goes into achieving this. For most people, running just one Comrades is enough. Mthembu has done it 12 times and is the first local runner to win it twice since Bruce Fordyce. The 33-year-old has surely cemented his spot as South Africa’s top endurance athlete.

But while most of us can only ever dream about matching Mthembu’s achievements, the Comrades is about so much more than being a very good athlete.

Beyond the remarkable athletes are equally remarkable “ordinary people” whose self-belief that they can finish the race is something we could all use a little pinch of.

Those who have finished it say that it is a feeling you cannot describe or comprehend. And you only need to watch the visuals of those throwing their battered bodies over the finish line as the cut-off time looms to get an understanding of just how special this race is. People from all over the world travel to be a part of this every year.

And all of those people who start the journey with thousands of others have a unique story to tell.

But what is most beautiful about the Comrades is that the end goal is achieved so simply: one foot in front of the other, again and again for 111,250 steps. Don’t stop. If you fall, somebody will pick you up and help you over the line. As you go along, somebody will be there on the side of the road to give you five or offer you refreshment. The images of people nearing the cut-off time carrying each other over the line evoke an uncontrollable surge of emotion. This is the human spirit on full display. It’s the kind of kindness and humanity that we rarely see in every day life and it’s enchantingly beautiful.

As South Africans, we seem to be running our own Comrades at the moment. Comrades has five brutal named hills. But in-between those hills, there are many more ups and downs. South Africa’s democracy is running its own hills – some of their names we know, some of them we are yet to become acquainted with. One foot in front of the other. Through the pain, the cramps, the agony and with seemingly no end line in sight, we just have to keep going and keep picking each other up through this mad journey and remember the wise words: the challenge ahead of you is never greater than the strength within you. DM

Photo: Hatiwande Nyamande and Bongmusa Mthembu at Lynnfield Park during the 2017 Comrades Marathon from Pietermaritzburg to Durban, KwaZulu-Natal on 4 June May 2017 © BackpagePix