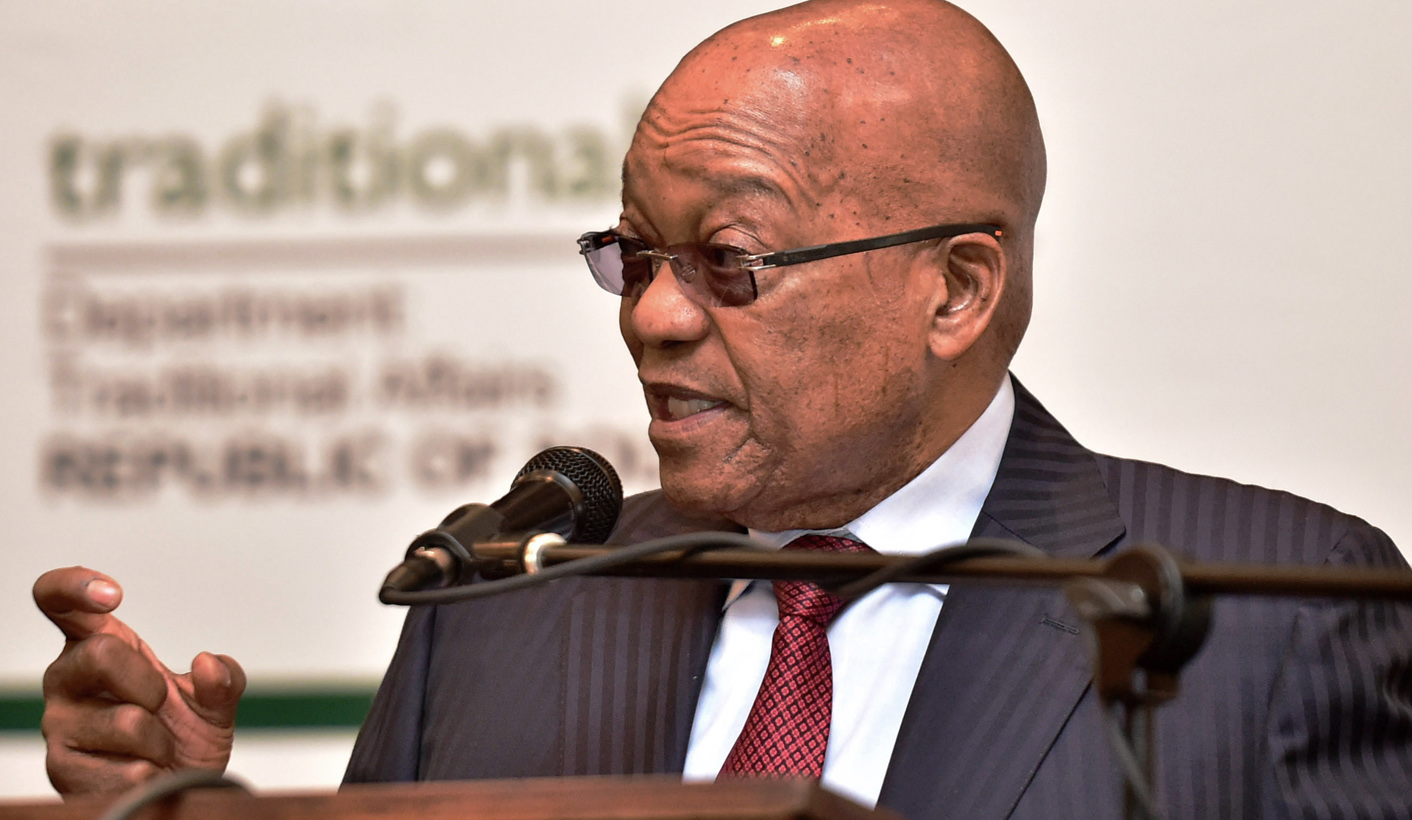 The Spy Tapes saga could be back in court again soon. Both President Jacob Zuma and the National Prosecuting Authority (NPA) on Monday filed papers with the Supreme Court of Appeal (SCA) to set aside a ruling in 2016 that said Zuma should face charges related to fraud, racketeering and corruption. By GREG NICOLSON.

Since 2009, the Democratic Alliance (DA) has been engaged in court battles seeking to overturn NPA boss Mokotedi Mpshe’s decision to drop corruption charges related to the Arms Deal against President Jacob Zuma. In April 2016, a full bench of the North Gauteng High Court ruled that the decision was irrational and said, “Mr Zuma should face the charges as outlined in the indictment.”

The saga, which has slipped out of the public eye as the president’s Nkandla and state capture scandals have taken prominence, could be back in court soon. On Monday, both the NPA and Zuma submitted applications to the SCA for leave to appeal last year’s judgment after the High Court denied them direct access to an appeal.

Both Zuma and the NPA, which filed applications on behalf of National Director of Public Prosecutions (NDPP) Shaun Abrahams and the head of the directorate of special operations, said the High Court ruling featured fundamental flaws, ignoring issues of separation of powers and Mpshe’s valid reasons for dropping the charges – that political interference, particularly by Scorpions boss Leonard McCarthy, meant pursuing charges against Zuma would be unfair, unjust and would weaken the image of the NPA.

“The [High Court] marked up Mpshe’s feeling of betrayal as a pointer to irrationality. It did not consider why he felt betrayed. He felt betrayed because he had in various affidavits (including in the Msimang J proceedings) endorsed the image of the immaculate prosecution. In short, he had, albeit unwittingly, contributed to the deception of the courts,” said Zuma’s lawyers. The president wants leave to appeal to be granted by the SCA and the High Court judgment set aside with costs.

The president also argued against the court’s finding that the charges shouldn’t have been dropped by the NPA, but rather brought before a court of law:

“The effect of this finding is that where the prosecuting authorities themselves believe that the prosecutorial process has been tainted by misconduct, the NDPP lacks the power to terminate the prosecution and is obliged to pursue the prosecution and in that way invite a permanent stay application. This approach is entirely inconsistent with the exclusive powers afforded to the NDPP under the Constitution and the NPA Act.”

Zuma’s legal team went into detail about the political motives employed in the investigation against him and how it would prejudice the case against the president. The best option, they said, was for the NDPP to have dropped the charges rather than bring the NPA into disrepute.

The NPA, which is also pushing for an appeal to set aside the ruling, contested the High Court judgment on six grounds. It said the NDPP should be able to decide when to drop a case that features an abuse of process, rather than take the matter to court and waste time and resources. Mpshe had considered the merits of the case and made a rational decision. “It is submitted that the kind of abuse that arose in this case is among the most egregious imaginable.”

The Constitutional Court last year rejected the NPA’s attempt to appeal the judgment in the country’s highest court but it might end up there if the case fails at the SCA.

A crucial point will be the ruling that the charges against Zuma should stand, effectively taking us back to the time before Mpshe withdrew them. That means the NPA would be obliged to take him to court on 783 charges of corruption, fraud and racketeering.

The president’s legal papers said the setting aside of Mpshe’s withdrawal of charges should make the decision void and “the NDPP must consider the Mpshe decision as void and take matters from there – i.e. consider the representations and any updates and then either reinstate all or some charges or decline to prosecute”. That would leave the case up to Abrahams to decide, meaning Zuma would probably never face charges.

“Even if the decision to discontinue the prosecution is set aside (which it should not), the matter would have to be remitted to the NDPP for consideration afresh.” The NPA made a similar argument and claimed the DA had not asked the court to reimpose the charges. DM

Photo: President Jacob Zuma addressing the Indigenous and Traditional Leaders Indaba held at Birchwood Hotel in Boksburg under the theme ‘Unity in Diversity – Together moving South Africa forward for an inclusive prosperous future’, 29 May 2017. (Photo: GCIS)