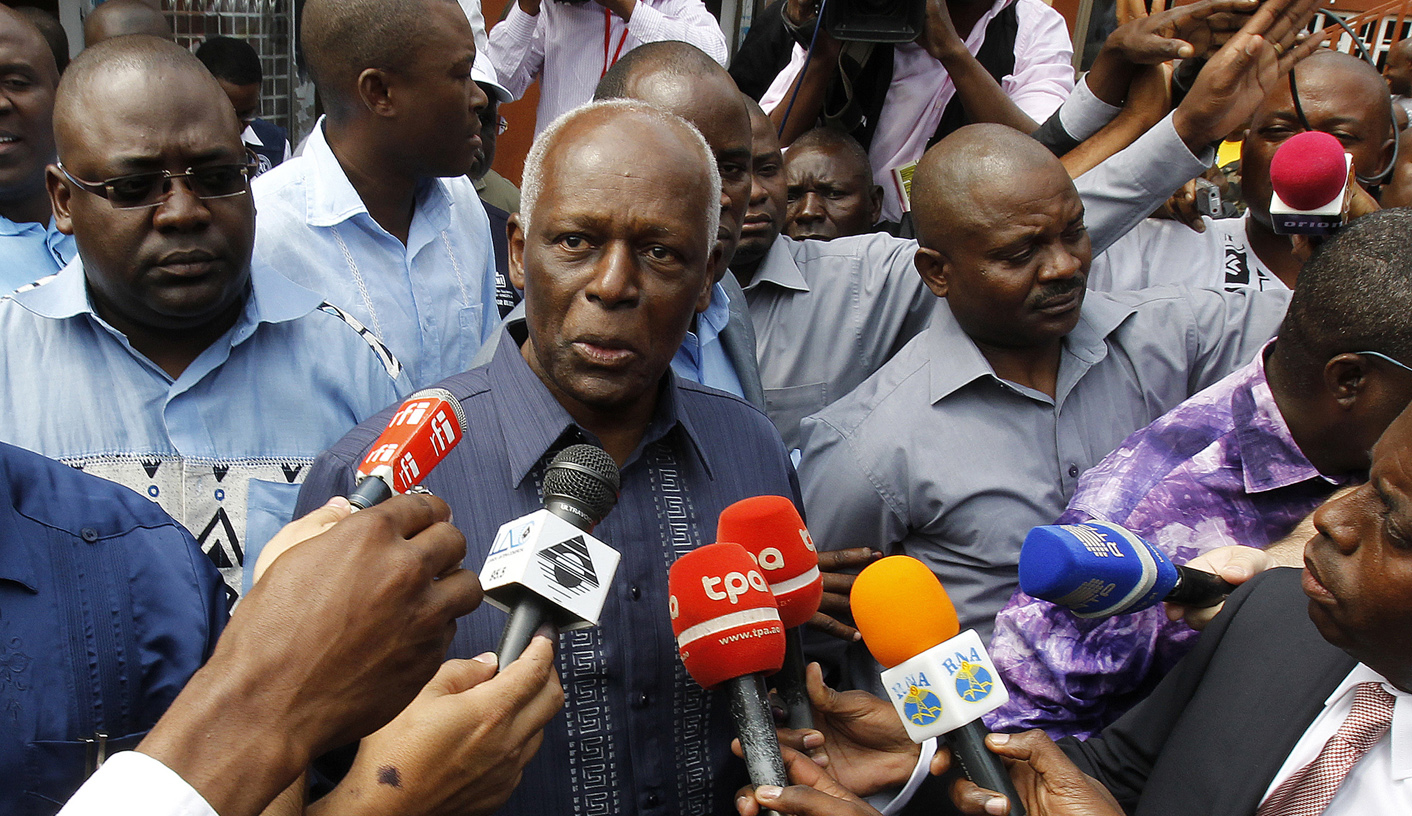 For the third time in five years, Lesotho headed to the polls on Saturday to pick a new government after Prime Minister Pakalitha Mosisili’s ruling coalition collapsed.

His chief rival, former Prime Minister Tom Thabane, had no reservations about the outcome.

“We are going to win this if it is free and fair,” he told AFP.

Even so, Thabane is likely to rely on the same web of delicate alliances that brought Mosisili to power in 2015 – despite his Democratic Congress winning fewer seats than Thabane’s All Basotho Congress.

“A coalition is the most likely outcome, but it is unlikely to be a successful one,” analyst Charles Fogelman told AFP. “Both of the previous coalitions have collapsed under the weight of succession and power battles, and it is hard to imagine future coalitions not doing the same.”

The election marks the latest event in the roller coaster ride that is Lesotho politics, set off by a 2014 army-led quasi-coup that sent then-Prime Minister Thabane fleeing across the border into South Africa.

How the army will react to the results of Saturday’s poll is anybody’s guess.

“The prospect of a Thabane victory is extremely worrying to partisan pro-Mosisili army officers who have several skeletons in the cupboard which could come clattering out,” writes Peter Fabricius for the Institute for Security Studies.

On election day, a handful of soldiers loitered outside polling stations in the capital Maseru, fully armed.

Armed #Lesotho soldiers outside one of the polling stations #LesothoVotes2017 pic.twitter.com/aoLS5TDiPd

“Why would there be soldiers in a peaceful exercise of democratic rights? There has not been a security concern,” an opposition spokesman told VOA. “Why are they fully armed? So the first impression is that they are there to intimidate.”

The Democratic Republic of Congo’s government last week okayed the use of an experimental Ebola vaccine as it fights its eighth outbreak of the disease.

The vaccine is called rVSV-ZEBOV and, reports Nature, it was developed using a strain of the virus that hit the country in 1995: “This is nearly identical to the strain circulating in the country now. The protein triggers a person’s immune system to produce antibodies that fight the virus.”

If deployed, the plan would be to vaccinate the high-risk healthcare workers dealing with suspected Ebola cases.

But the same isolation of the affected community that has in the past helped contain the country’s Ebola scares provides quite an obstacle to actually deploying the vaccine. The affected region doesn’t have tarred roads or electricity – quite a hurdle for a vaccine that needs to be stored at -80°C.

But it’s a stumbling block that may never need be overcome. At least for now.

Health minister Olly Ilunga Kalenga said last week the outbreak was now under control, with no new cases reported in 21 days. The last confirmed case was reported on May 11 – the same day the World Health Organisation was first notified of the outbreak. Says the latest WHO report:

“As of 1 June, 72 contacts remain under follow-up for signs and symptoms of Ebola. suggests the risk of further cases is currently low but not and decreases with each day without new confirmed/probable cases.”

This fascinating piece from Science on the researchers searching for the origins of the Ebola virus – and where it hides between outbreaks: “The virus’s natural history is a mystery,” says virologist Vincent Munster, sitting outside his tent in the darkening jungle. “We know everything about its replication cycle but fricking nothing about where it comes from and how it causes outbreaks.”

Angola’s president Jose Eduardo Dos Santos last week returned home after nearly a month abroad, an absence that sparked reports of his suffering a stroke or dying, while his daughter Isabel took furiously to social media, insisting he was very much alive.

The government has confirmed, however, that the 74-year-old president seeking medical treatment while in Spain.

“You know that there are moments in everyone’s lives when we don’t feel well. But he is fine. He is in Spain but when he is better he will return,” foreign minister Georges Chikoti told RFI. “President Dos Santos has regular check-ups in Spain so it is perfectly normal for him to be there.”

And Robert Mugabe kicked off his election campaign last week, wooing youth at a soccer stadium south of Harare one year before Zimbabwe heads to the polls.

“Two hundred buses and trucks have been laid on to bring supporters to the venue,” reported News24. “Youths, women and war veterans are understood to have been invited.”

To say he received a warm reception would be something of an understatement.

Addressing the crowd of thousands, the leader of ZANU-PF’s youth wing Kudzanayi Chipanga called Mugabe an “angel” who was “representing God here on Earth”.

Chipanga continued: “I promise you, people, that when we go to heaven don’t be surprised to see Robert Gabriel Mugabe standing beside God people into heaven.” DM