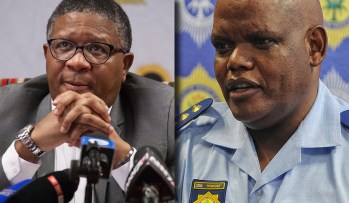 Having been told to step down as acting national police commissioner and return to his old job at the police forensics division, Lieutenant-General Khomotso Phahlane must now provide reasons why he should not be suspended. Police Minister Fikile Mbalula’s announcement on Thursday came after weeks of acrimonious tensions between Phahlane and police watchdog, the Independent Police Investigative Directorate (Ipid), which is investigating Phahlane over alleged kickbacks and dodgy tenders. At the same time the appointment of the new “interim acting” top cop, Lieutenant-General Lesetja Mothiba, was announced. By MARIANNE MERTEN.