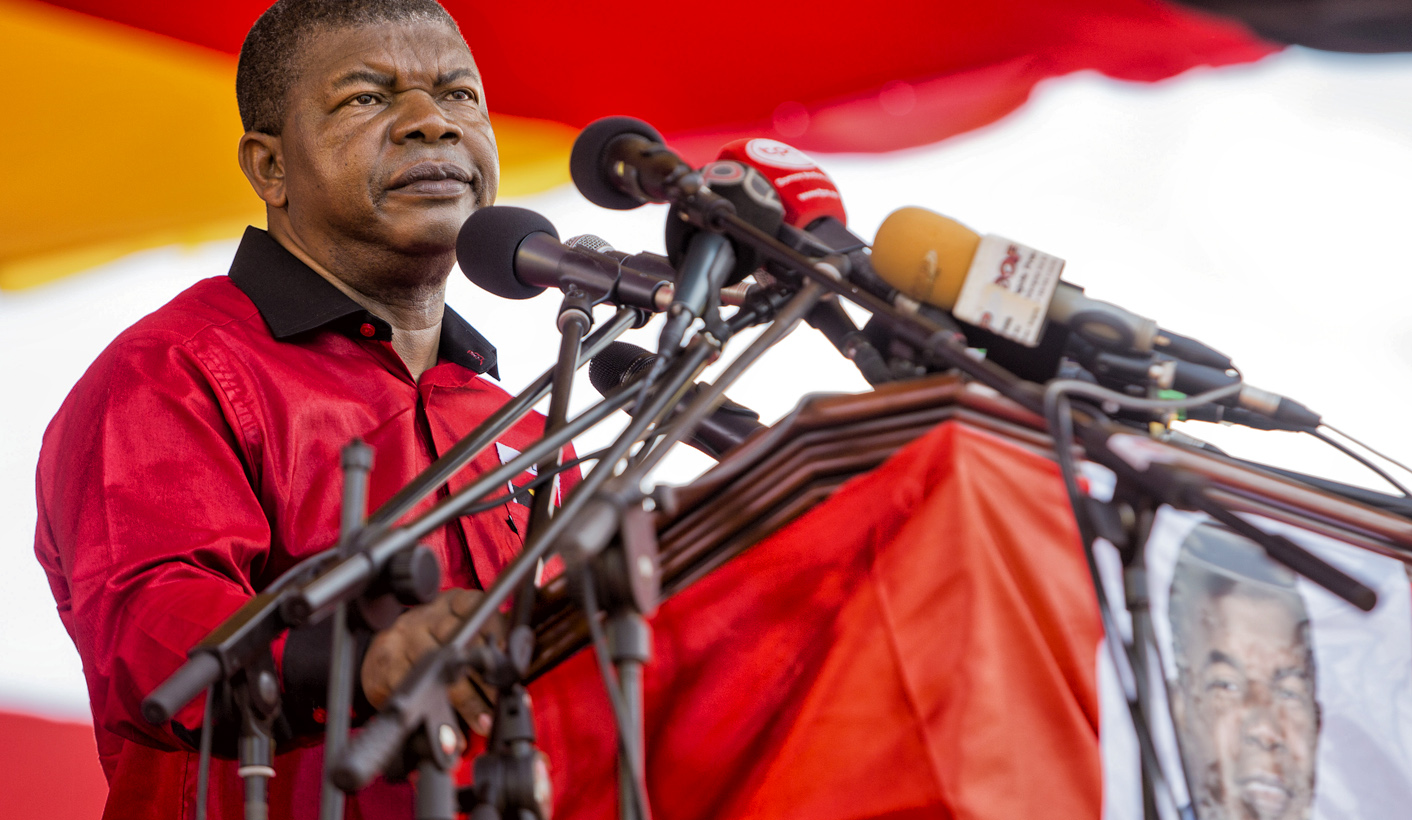 Will dealing with its difficult neighbour draw Angola into multilateral peace building efforts? By Stephanie Wolters for ISS TODAY.

Congolese foreign minister Léonard She Okitundu has been touring the continent for the past few weeks in an attempt to rally African leaders’ support for the current political arrangement in the Democratic Republic of the Congo (DRC). This arrangement is one that disrespects key aspects of the 31 December political accord, and has been resoundingly rejected by the political opposition.

Angola was the last stop on the tour, but undoubtedly the most important. For two decades, what’s happened in the DRC has been at the top of Angola’s foreign policy priorities. It has played a pivotal role in supporting first Laurent Kabila and then his son and current president, Joseph, since Mobutu Sese Seko was ousted 20 years ago.

That Angola’s defence minister João Lourenço – President José Eduardo dos Santos’ chosen successor – was signing a bilateral military cooperation accord with the United States on the sidelines of the International Contact Group meeting on the DRC while Okitundu was in Luanda, should give the Congolese government pause.

Everyone in the DRC knows that Angola has a key role in how the current political crisis in the DRC plays out.

It was Angola that nudged Kabila back to the negotiating table after it judged that the African Union (AU)-brokered political agreement from October 2016 wasn’t enough to restore stability to its giant neighbour. This was an agreement that the Southern African Development Community (SADC) and the International Conference on the Great Lakes Region (ICGLR) had both endorsed. And it’s Angola that has told Kabila it is time for him to hand over power.

Angola has grown tired of Kabila’s inability to find – or adhere to – a political agreement that restores stability in the DRC.

Driving the relationship from Angola’s point of view are two strategic issues: stability in the DRC, with whom Angola shares 2,646km of border and significant offshore oil deposits; and a political ally Luanda can rely on not to support its armed enemies. These days this means the Front for the Liberation of the Enclave of Cabinda (FLEC) rebels fighting for the independence of Angola’s Cabinda province, which accounts for half the country’s oil production.

Until Laurent Kabila came to power, the People’s Movement for the Liberation of Angola (MPLA) had to contend with Mobutu’s staunch support of its foe, the National Union for the Total Independence of Angola (Unita) during that whoever is the DRC’s president is also onside with MPLA interests has been one of the cornerstones of Luanda’s policy towards the DRC.

Laurent Kabila and his son Joseph both frequently relied on Angola’s military support – notably during the 1998 war with Rwanda and Uganda and their domestic proxies, when Angola (and Zimbabwe and Namibia) had thousands of troops in the DRC for five years; and even during electoral violence in 2006.

More recently Angola has played a role in protecting Kabila’s personal security and providing training for the Congolese military. Joseph Kabila knows that Angolan support can make or break a Congolese president.

The deteriorating situation in the Kasai region of the DRC – where fighting between the Congolese army and militias loyal to the late chief Kamwina Nsapu has displaced over 1.3-million people – has introduced a new element into the relationship between the two countries.

The area borders on Angola, and recent estimates indicate that over 25,000 Congolese refugees have fled into the country. They are concentrated in the Lunda Norte region, where there is already a history of hostile relations between Angolan security forces and Congolese immigrants.

Angolan authorities have expressed concern over the impact that an influx of Congolese refugees may have on their upcoming elections in August this year.

The possible spillover of the fighting is a development that Angola will do everything in its power to contain, knowing that the Congolese army can’t be relied on to secure the border or contain the spread of the violence. Angola has deployed troops to the border, and some analysts believe they have already entered Congolese territory.

Last week the Angolan government issued a rare public statement on the DRC, calling on the government and all political forces to put an immediate end to political violence and extremist actions and start a “serious and constructive dialogue … that will lead to a return of peace and stability”.

This week, Angolan foreign minister Georges Chicoti told Radio France Internationale that there were militiamen and Congolese soldiers among those who had crossed into Angola.

But what are Angola’s options if Kabila persists with election delays and doesn’t bow to pressure to step down?

If there is one principle that the AU won’t allow to be violated, it’s that on unconstitutional changes of power. Angola has historically played by its own rules when it comes to foreign policy in Central Africa. But would it choose a military option that would attract criticism not only from the international community but also from African heads of state, especially in SADC? That is the last thing Angola wants as it prepares its first post-war leadership change.

Perhaps a less obvious role is an option?

Angola’s participation in the International Contact Group meeting on the Great Lakes in the US in mid-May, and its leadership of the UN Security Council visit to the DRC some months ago, could indicate that it intends to couple its traditionally bilateral engagement with the DRC with a multilateral approach.

Although Angola’s interests in stability in the DRC may have different motivations, for now they overlap with broader concerns about finding a peaceful way out of the Congolese political crisis.

This provides a significant opportunity for co-operation between one of Africa’s most powerful states and the broader international community, including through organisations like SADC. DM

Stephanie Wolters is Head of the Peace and Security Research Programme, ISS.