#GuptaLeaks: How South Africa is responding 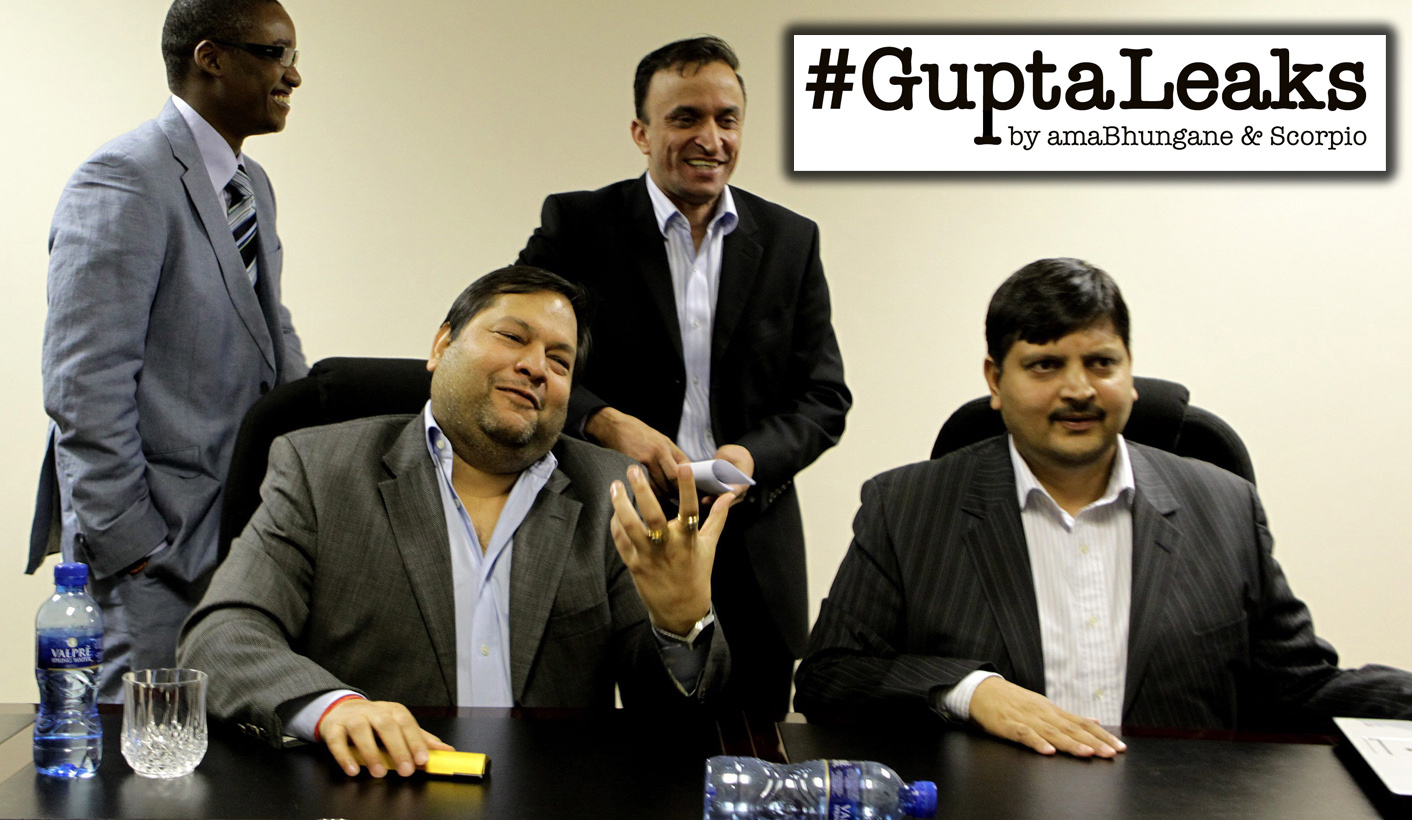 Early on Thursday morning, the Daily Maverick published a series of reports from amaBhungane in collaboration with our new investigative unit, Scorpio. Based on the #GuptaLeaks e-mails, we reported that the Guptas are pocketing R10-million from each R50-million locomotive that Transnet is buying; that the Guptas pushed Eskom for a R1.68-billion pre-payment to fund much of its acquisition of Optimum Coal; that Home Affairs officials were asked to fast-track visas to benefit Gupta businesses, and that President Zuma’s son Duduzane is in the pocket of the Gupta family. We asked some prominent South Africans for their take on the meaning and impact of these revelations. By REBECCA DAVIS.

“The [Home Affairs] minister doesn’t process [visa] applications. Everything goes through the department, and the department then advises. Processes must be consistent and followed at all times. If people didn’t follow processes [in the case of Gupta businesses], I’m sure the DG [director general] would like that information to follow up. These are operational matters which the minister does not impose himself on.”

Lawson Naidoo, Council for the Advancement of the South African Constitution:

“These e-mail leaks emphasise the need for a proper judicial commission of inquiry into state capture, the role of the Gupta family in dealings with state-owned companies, and their relationship with Duduzane Zuma. These were the issues highlighted in the Public Protector’s State of Capture Report, and amplified in the SACC [South African Council of Churches] and PARI [Public Affairs Research Institute] reports recently.

“There is more than sufficient circumstantial evidence that points to a criminal conspiracy to loot state resources, and undermine our constitutional foundations. There needs to be full disclosure of all these deals and relationships, accountability in terms of the law for transgressions, including criminal sanctions where appropriate. Our hard-won democracy is not for sale.”

“The revelations suggest that the Public Protector State of Capture Report only revealed the tip of the iceberg of state capture. In as far as the new revelations confirm that the Guptas have ingratiated themselves with powerful politicians and influential individuals in state-owned enterprises in order to get special favours from them in order to influence various financial transactions in their favour, it raises questions of whether they (and those who have done favours for them) are guilty of the provisions of the Prevention and Combatting of Corrupt Activities Act. Normally one would expect a body like the Hawks to investigate this to try and establish whether criminal acts were committed. But the Hawks will probably not do so as it is not above the factional political battles raging within the governing party.”

“The emergence of these leaked e-mails means there now exists concrete evidence to support the long-standing allegations of State Capture by Jacob Zuma’s ANC and the Gupta family. The decision-making power of government has been outsourced to a small group of connected individuals who are pillaging our country to make themselves rich.

“This new evidence proves that South Africa doesn’t just have a Jacob Zuma problem, but an ANC problem. Yesterday’s standing ovation given to Zuma by ANC MPs goes to show just that. The rot has spread far and wide and the only option left is for citizens to remove the ANC come 2019.

“For now, we require an ad hoc committee to be established in Parliament in order to fully investigate the capture of the state by Zuma and the Guptas – including uncovering what we don’t know.”

“At this stage, and until the #GuptaLeaks e-mails have been authenticated, they must remain hearsay. The President has today announced the establishment of a commission of inquiry into ‘State Capture’. No further details were announced. Our leader, Prince Mangosuthu Buthelezi, MP, will be writing to President Zuma for further details in this matter, in respect of whether the commission will be a judicial commission of inquiry and who will chair it? That being said, the Inkatha Freedom Party supports a full investigation into the matter and hopes that the Gupta family will of their own accord assist wherever required with such investigation.”

Dennis Bloem, spokesperson for the Congress of the People:

“As COPE, we are very much concerned about the Guptas having a grip on Zuma and the entire government of Zuma. We are saying that we are expecting more and more revelations to come. When [former deputy finance minister Mcebisi] Jonas and [former ANC MP Vytjie Mentor] Vytjie were opening up this thing, people were thinking this is only stories. Now more and more proof is coming out to say that state capture is real.”

“These reports just confirm that the real enormity of the state capture by the Guptas has not yet been exposed. Only a judicial commission, with a judge appointed by the Chief Justice – as recommended by the previous Public Protector – will be able to expose it. After exposure there should be enough proof to send some people to jail for stealing taxpayers’ money.”

The Save South Africa campaign:

“It’s clear from the #GuptaLeaks that the state capture project runs even deeper than South Africans had imagined, and that virtually every aspect of government business is now either captured or targeted for capture by Zuma’s Mafia.

“The masterminds must be investigated by an independent team of investigators, and they must be charged and punished – with President Jacob Zuma as accused number one, with his son Duduzane and his handlers in the Gupta family in the dock alongside him.

“South Africa cannot wait any longer for the commission of enquiry proposed by the Public Protector, or the empty promises made by Zuma and the ANC NEC.

“We demand that the process of establishing the enquiry be formalised within the next seven days, and the name of the judge or judges to head the commission must be announced. This process must be fast-tracked and must take place without government interference – and justice must be swift and effective.

“We also repeat our demand that Zuma and the Guptas be barred from leaving South Africa until these processes have been completed. Although we would be glad to see the back of them, they cannot be allowed to flee without facing the music and serving time.

“If necessary, international law enforcement agencies must be brought on board to identify and confiscate the global assets of the crooks involved.” DM

The ANC, the EFF and Black First Land First failed to respond to requests for comment.