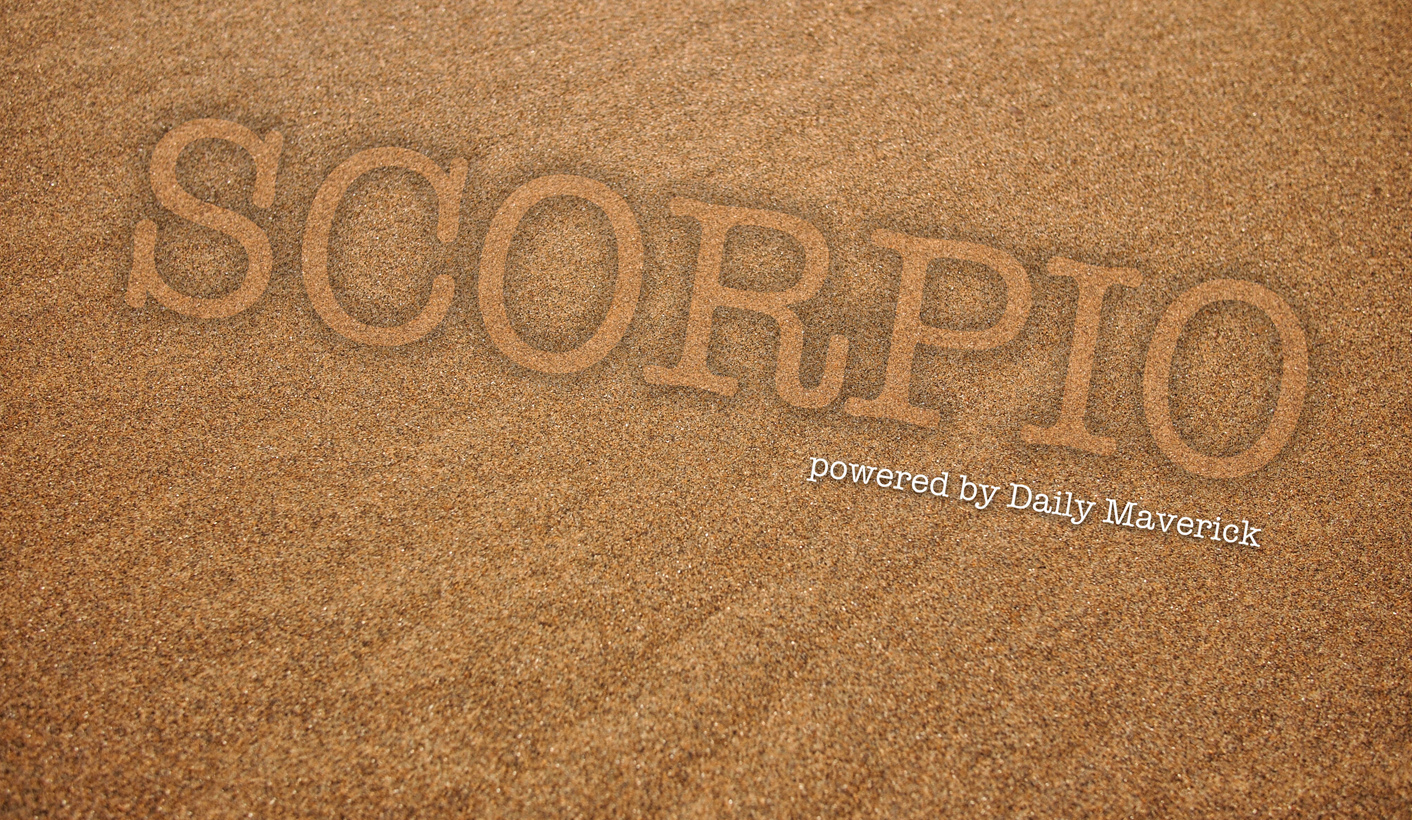 Today, Daily Maverick is proud to announce the official formation of our investigative unit, Scorpio.

Whilst we’ve pursued many investigative stories in the past, from Marikana to the manufactured narrative of the SARS Rogue Unit, we are only now able to commit the necessary funds and people to a dedicated unit.

We’d planned to have timed this announcement with a little more fanfare. A striking logo splashed across a dedicated section on our stylish new site, with stern-looking journalists posing at their cluttered desks. But as will be explained sometime soon, the realities are that even the best-laid plans are still subject to reality’s ever-changing demands.

In the last decade, global news have been in terminal decline. The biggest and best have struggled to come to terms with the rising digital forces of the Google and Facebook duopoly that now accounts for 75% of all internet ad spend and 20% of all advertising spend. Newsrooms the world over are shrinking as spend moves from print, and TV into boardrooms in Silicon Valley via Ireland or some other haven with tax laws.

And that is just the baseline doomsday scenario for our news media. Problems are compounded by the political landscape in South Africa where our government uses its majority influence to wield the big stick at dissenting voices. Corporates with government issued or large government accounts have been quick to wind their necks back into place, courtesy of a Luthuli House phone call or wagging finger.

And then we have direct advertising influence. Last year, the Gupta’s media assets of ANN7 and The New Age attracted more than R275m, without subscribing to industry’s measurement standards. A pittance compared to the billions siphoned off elsewhere, but nonetheless a public-funded propaganda machine for the Gupta family working alongside some elements within the SABC, while excellent media outlets like amaBhungane, GroundUp and Health-e-News are forced to chase donor funding in order to support their great work.

It’s all too often that we would hear how much people would love to support Daily Maverick or advertise with us, but won’t because it’s “too political”. To them, we would like to point out that this is South Africa, and EVERYTHING is political. For those still worried about supporting outspoken entities, let’s be clear – we have long since passed the point where the cost of keeping schtum is greater than the cost of being brave, or simply a responsible citizen. It is in this environment that South Africa independent media has waned over the last decade and with it any semblance of governance at almost every level of government. In the midst of this storm, Daily Maverick has stood tall and with Scorpio, we will be able to stir even bigger pots.

Real investigations are tough and time-consuming efforts, with Thank You cards usually delivered in the form of legal letters and SMS-ed death threats. Leaks are one thing, but to do the work of connecting the dots, the impact and delivering an investigation in a way makes for a gripping read is a true craft. And this is what Scorpio promises to do: shine a light into the dark corners of corruption, be that in the public or private sector.

After years of trying and exhausting the few international opportunities for long-term we’ve finally got enough backing from local entities to kick-off a series of long-term investigations. We hope the role of independent media in our society will become more apparent and can be established so that we do not need to look outside South Africa in order to help South Africans.

New faces have been recruited and some of your Daily Maverick journos have been seconded to work on Scorpio, which will often collaborate with others in the media, including our friends at amaBhungane. In a country that desperately needs ten more amaBhunganes, we do not think of each other as competition but rather as like-minded allies with a common goal and different setup. It is also our hope to grow the base of writers and investigative journalists through a skills transfer in the near future.

Scorpio is a new chapter in a Daily Maverick book already teeming with exciting stories, and adventures. We don’t take entering into this space lightly, given the country’s medium-term future, people’s freedom and lives could be affected by our work. But it’s not only something we want to do – it’s something we must do. DM

If you would like to make a monetary contribution to Daily Maverick, you can do so here.