ISS Today: Amisom needs a mandate for peace and development 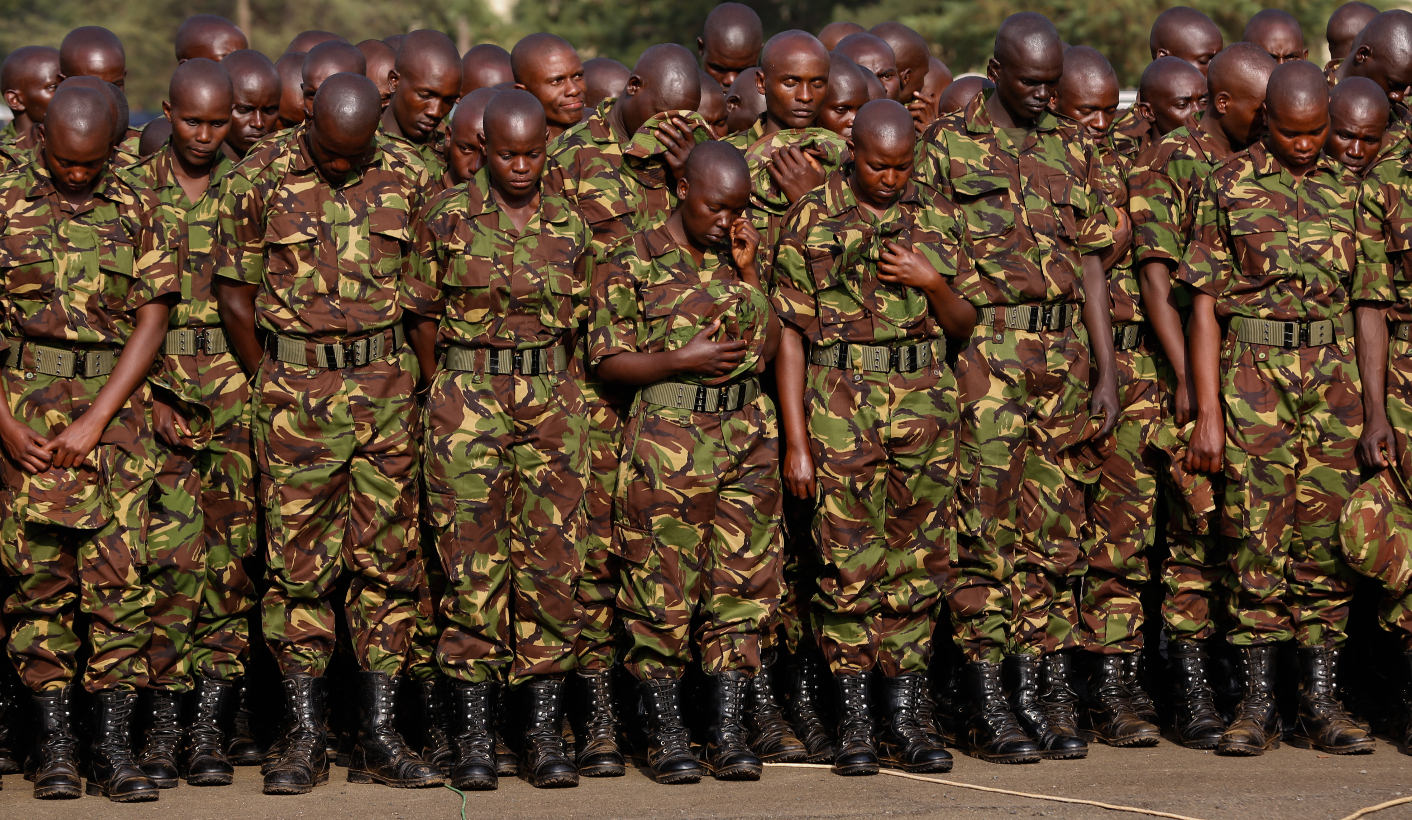 Providing security and fighting al-Shabaab isn’t enough – the mission can do much more in Somalia. By MERESSA K DESSU and OMAR S MAHMOOD for ISS TODAY.

The mandate of the African Union (AU) Mission in Somalia (AMISOM) officially expires today, 31 May. Although the AU Peace and Security Council (PSC) extended the mission’s role until 30 November, its future, lies in the hands of the United Nations Security Council (UNSC).

A joint AU-UN strategic review of the 10-year mission – which has been both praised for its good work done under challenging circumstances and criticised for not having done enough – will influence the UNSC’s decision.

UN Secretary-General António Guterres noted both in March, and again this month at the London Conference on Somalia, that Amisom “is under-equipped in relation to the needs … but it has been doing remarkable work in very precarious conditions”, and it has been “fighting to protect our global security … under a Security Council mandate, without enough support and with unpredictable funding”.

Despite these challenges, the mission – the biggest-ever AU-led peace operation to be authorised by the UNSC – has laid the foundation for improved governance, security and peace in Somalia by ejecting al-Shabaab from major urban centres and continuing to limit its violent activities.

And in its last push to defeat the extremist group before the mission’s planned total withdrawal from Somalia by 2020, Amisom continues to seek financial and logistical support.

The mission is unique in that it is entirely dependent on unreliable funding from partners and donors; its main troop contributors are Somalia’s neighbours – Djibouti, Ethiopia, Kenya and Uganda – who all have security interests in the country; and it is engaged in an all-out war with al-Shabaab.

Based on these challenges, Amisom has seen both major success and outright failure over the past decade, compounded by severe losses in manpower. Some speculate that Amisom’s sacrifices total more than the UN’s losses over 70 years of peacekeeping operations.

While the mission has been praised, it has also received criticism for not having done enough in terms of building the capacity of Somalia’s institutions, especially regarding governance, security and justice. The challenge to secure areas recovered from al-Shabaab and hand over primary responsibilities to Somali security actors continues to vex the mission because of the gap in institution-building.

But to be fair, has Amisom been given the proper mandate and capability to do so?

According to UNSC Resolution 2297 of 7 July 2016, Amisom has been authorised, with 22 126 uniformed personnel, to take all necessary measures to reduce security threats posed by al-Shabaab, provide security to enable political processes, stabilisation, reconciliation and peace building, and engage with communities in areas recovered from al-Shabaab, within its capabilities.

In this sense, it could be argued that Amisom doesn’t have the proper mandate or capacity to support the establishment and enhancement of Somalia’s institutions, which are vital for state rebuilding. Recognising this gap, the AU has requested more support and recommended that the UN enhance the role of Amisom’s substantive civilian component.

Given the failed state of Somalia, Amisom should have been given a comprehensive mandate that goes beyond just providing security. It should include helping to build state institutions, strengthening rule of law and justice, supporting peace building, facilitating reconciliation of conflicts among the divided clans and sub-clans, monitoring human rights, and coordinating humanitarian support.

The mission is heavily military-focused because its mandated task is just to provide security and fight al-Shabaab.

Other UN-led missions – such as those in Darfur and South Sudan – are often given more comprehensive mandates with more appropriate financial and logistical capacity. These missions also have a mandate to coordinate donors, development partners and humanitarian agencies in the host countries.

The questions over Amisom’s mandate also tie in to recent developments at the London Conference on Somalia earlier this month, where two important road maps were endorsed: a Security Pact (SP) and a New Partnership for Somalia (NPS). The former focuses on rebuilding Somalia-led security institutions, while the latter outlines how the international community and Somalia’s government will work together to meet the country’s most pressing needs.

These road maps will help move Somalia back from the abyss if they are well managed and implemented in a unified way. The SP acknowledges the interdependence of security, politics and development. This means comprehensive and co-ordinated efforts with a unified management and leadership are needed.

However, both road maps want to establish separate implementing bodies, and their relationship with Amisom is not clear.

For the NPS, a high-level forum of international partners together with the Somali government’s Development and Reconstruction Facility are intended to provide overall direction and delivery. In the SP’s case, the aim is to establish an international security advisory team to work with Somalia’s national security council.

The road maps also talk about a conditions-based transition of security responsibilities from Amisom to Somalia’s security institutions, but they don’t say how these conditions can be met. It would seem that the conditions are the defeat of al-Shabaab and other extremist groups, and the ability of Somalia’s security institutions to do the job. This means that working closely with Amisom is key to implementing the road maps.

A strong single entity that brings together all stakeholders and partners is essential for implementing the London roadmaps. Amisom is best placed to take on this role and help build peace and development in Somalia. It has vast experience and is essential to Somalia’s security. What it needs is a mandate from the UNSC to go beyond security and fighting al-Shabaab, along with reliable funding, just like other UN-led peace operations in Africa. DM

Photo: Kenyan soldiers pray during an interreligious prayer meeting for the Kenyan soldiers who were killed in an attack on their base by Somalia’s Islamist militant group al-Shabab, at the Moi Barracks in Eldoret, Kenya, 27 January 2016. Photo: EPA/DANIEL IRUNGU