Strategic Fuel Reserves fire sale: Criminal charges being considered but unclear against whom 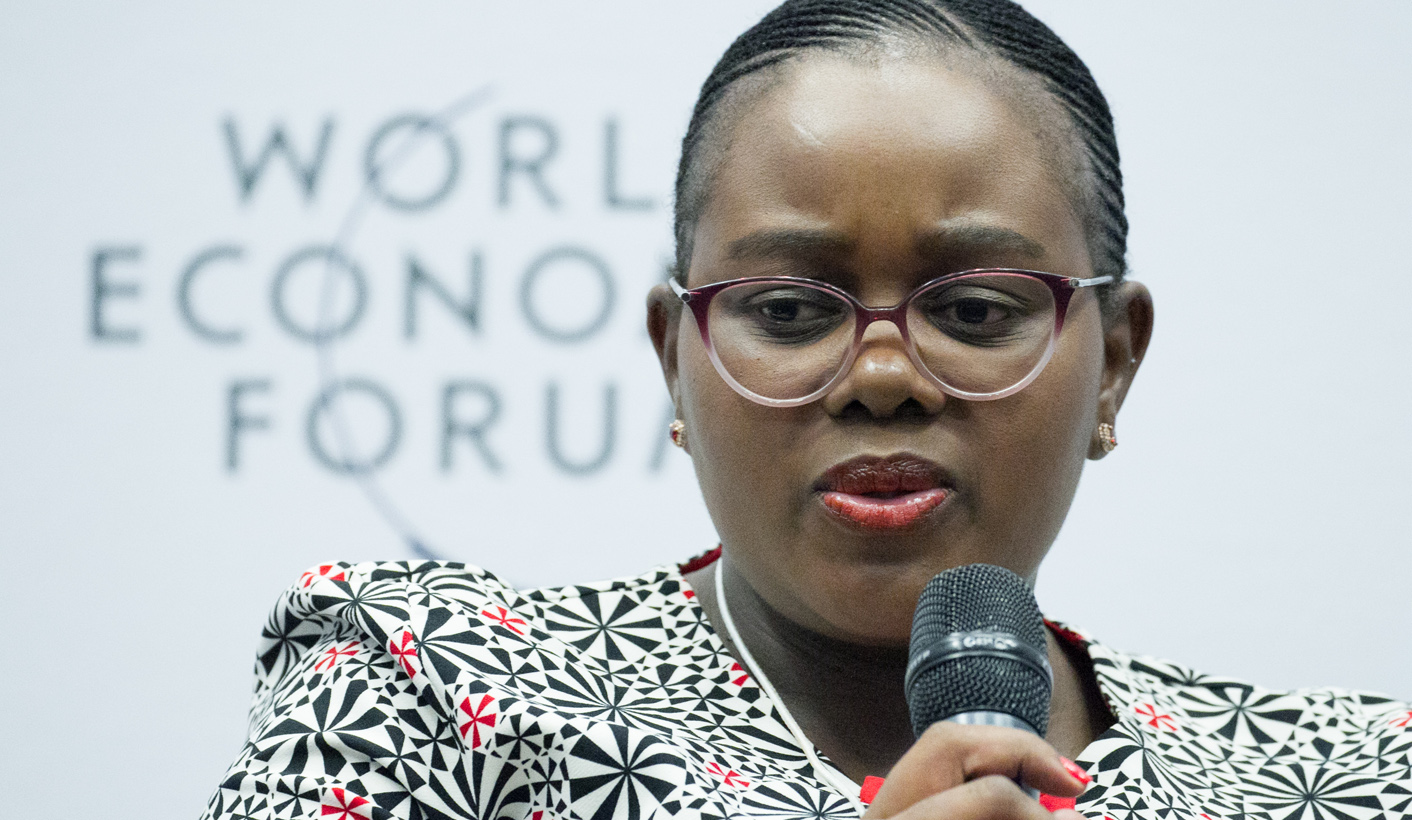 Energy Minister Mmamoloko Kubayi told MPs on Tuesday that criminal charges are being considered over the sale of 10-million barrels of South Africa’s strategic oil stocks at bargain basement prices between December 2015 and January 2016. But against whom, and for what remained unanswered, even as a series of governance violations at the Strategic Fuel Fund (SFF), and potentially elsewhere, were detailed. Parliament’s energy committee meeting was a curious mix of transparency and secrecy. By MARIANNE MERTEN.

The investigation into the sale of strategic fuel stocks landed on Energy Minister Mmamoloko Kubayi’s desk in April. In her budget vote briefing earlier in the month the newly appointed minister not only announced that the Energy Director-General Thabane Zulu was seconded to the Strategic Fuel Fund (SFF) as CEO, but also undertook to share the report with MPS. That happened on Tuesday – sort of.

“We are considering criminal proceedings. According to our legal advice, once we distribute that document, we are contaminating our case,” Kubayi told MPs, adding she is already “engaging the security cluster” over this. In addition, forensic audits are underway to precisely determine the financial cost to South Africa arising from this transaction.

The report was not released to MPs – they would have to apply for permission for an in-camera meeting to get sight of it – but the SFF board chairperson Neville Mompati briefed MPs in open committee. However, his briefing document distributed to the committee members, had to be returned at the end of the meeting.

What emerged is a damning picture of governance and financial management at the SFF, which also appeared to have left its parent body, the Central Energy Fund (CEF), out of the loop. And potentially also former energy minister Tina Joemat-Pettersson, who in her May 2016 budget vote speech told Parliament there was no sale, just a “rotation” of stocks that had boosted the SFF bottom-line. This has been the official response. Until now.

On Tuesday MPs were told the CEF only became aware of the sale of 10-million barrels of South Africa’s strategic oil stocks in May 2016 when some $280-million landed in the bank. The CEF asked the SFF about this, then energy minister Tina Joemat-Pettersson also instructed the SFF board to investigate, and an independent body was appointed. The report was finalised and landed in Kubayi’s in-tray days after she was appointed to the energy portfolio.

Mompati said the reason “for disposal was to rotate oil, which was in the tanks” and that the then “CEO of the SFF wrote directly to the minister of energy”.

But what should have happened is that the SFF should have informed the CEF board, which needed to take a special resolution on disposal. That resolution then should have gone to the energy minister for approval, while National Treasury should have also been notified. “That did not happen,” Mompati told MPs.

The way the 10-million barrels of strategic oil reserves were sold violated not only the Public Finance Management Act (PFMA), but also procurement rules as the contract were awarded on closed tender and the fund’s own rules.

Both DA MP Gordon Mackay and EFF MP Marshall Dlamini raised key questions over whether Joemat-Pettersson lied to Parliament when in May 2016 she talked of “rotation” of strategic stocks. “If she was aware, then she lied to Parliament,” said Mackay. And Dlamini, who pointed out rotation was cited as late as September 2016: “We (EFF) asked a parliamentary question in the House. The minister said to us: ‘There was no sale.’”

IFP MP Jan Esterhuizen said the explanation was unacceptable. “This is not milk that goes off. It’s crude oil… The taxpayers lost R3-billion”. As ANC MPs largely remained silent, except to welcome the briefing, both the DA and EFF MPs also asked about the role of the respective boards, which could not be absolved from delinquency as it was a simple case of checking the contracts whether it was a sale or rotation. But this question, and others on whether anyone as yet had been suspended were answered in a circumspect manner. The closest MPs came to a yes, was confirmation that a “process was under way at the SFF where four persons have been asked to provide reasons why they should not face actions”.

The timeline is key. Joemat-Pettersson in her 11 May 2016 budget speech said “in 2015, we issued a ministerial directive for the rotation of strategic stocks by the Strategic Fuel Fund and this has resulted in the increased revenue base for SFF, whilst at the same time maintaining stocks within our storage tanks for security of supply”.

“This is in place through long-term lease and contractual agreements with the buyers. The estimated revenue to accrue from this process is around R170-million per annum, significantly boosting the balance sheet of the SFF,” said the then energy minister. “Through the rotation of strategic stocks and trading initiatives the SFF has further consolidated its ability to be self- sustainable. This has also allowed us to replace the unsuitable stock that we have been storing in our tanks which has been both uneconomical and did not contribute to security of supply.”

On 7 June 2016 CEF issued a media statement, according to a brief by the Helen Suzman Foundation, which said that in December 2015 “following a Ministerial Directive from the Department of Energy, 10-million barrels of crude oil stock was sold to the following companies: Vitol/Vesquin, Venus Trade/Glencore and Taleveras based on a transparent market related price formulae. The sold stockpile still remains in tank at the SFF Saldanha terminal with SFF having the first right to buy the crude oil and supply the market in the event of a crisis. Furthermore, the department of Energy is engaging the National Treasury on the treatment of the transaction”.

In June 2016, Joemat-Pettersson announced there would be an investigation and the resignation of the SFF chair Riaz Jowoodien and the acting CEO Sibusiso Gamede.

The good news? The 10-million barrels remain in SFF storage tanks in the country. Kubayi told MPs they were welcomed to inspect the storage tanks. The oil stocks had remained there despite requests to uplift them, which the CEF had turned down.

And the minister stood by her team – while the DG was told not to speak, she pointed out that neither chairpersons of the CEF board, Luvo Makasi, nor of the SFF, Mompati, were present at the time of the transaction. Kubayi dismissed opposition statements of lying and misleading the House by her predecessor, and obfuscation by her department.

“Where I am sitting, I can’t say they deliberately were lying. In September, there was no report… Where I’m sitting, there’s nothing that tells me I should not trust them,” Kubayi said.

But she agreed: “There’s quite a lot of things that don’t make sense.” And the meeting was closed, with a ministerial undertaking that MPs would be kept informed. DM