Op-Ed: The crisis of public education – when the solution might become the problem 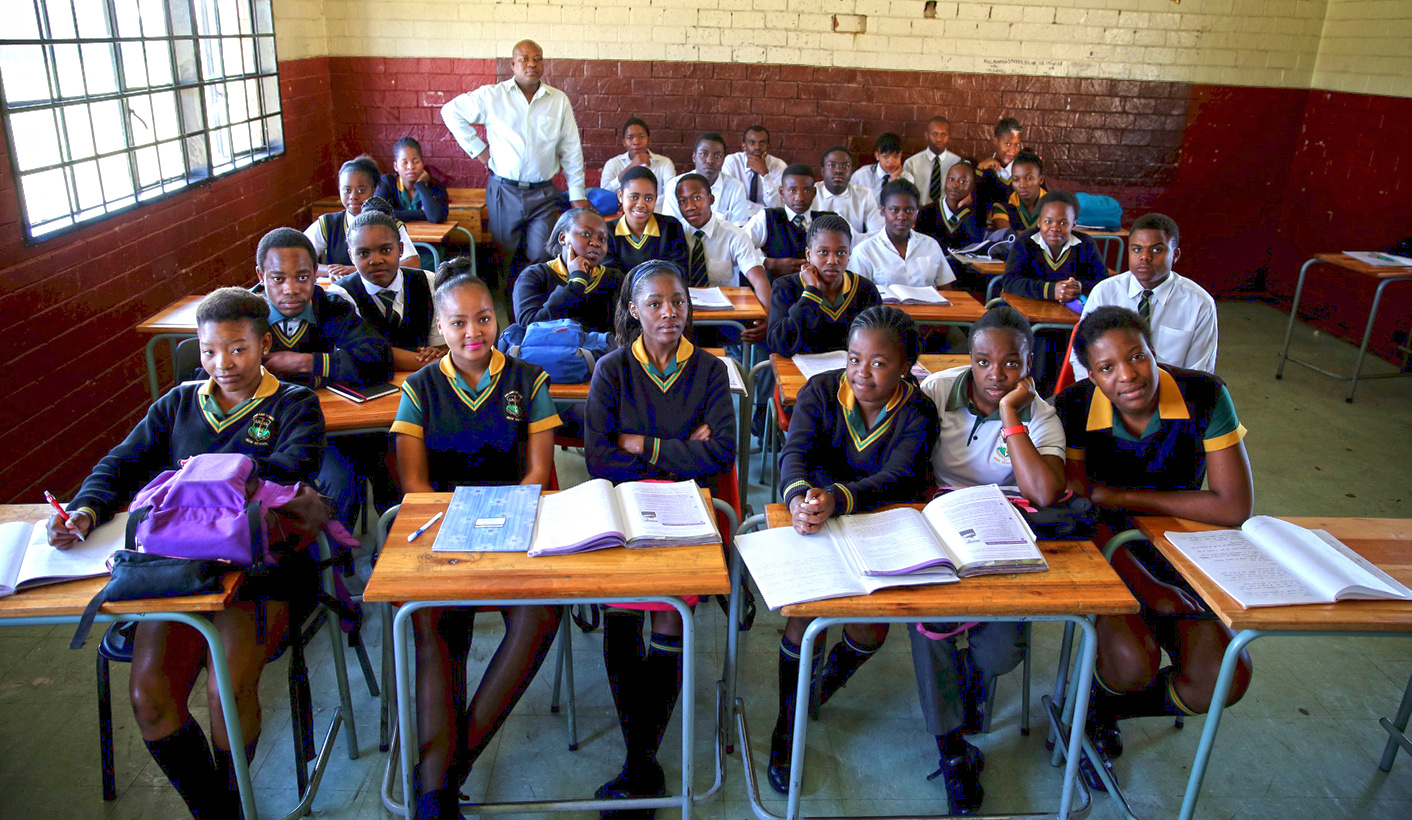 The crisis of public education, and loss of faith in the state to provide quality education for the poor, whether measured by performance, teacher accountability, teacher union influence, crisis of human capital or any other dimension, cannot be doubted. Yet the solutions for addressing this crisis are far from clear and are without consensus. By PROF YUSUF SAYED, DR HEATHER JACKLIN, SARA MULLER and TARRYN DE KOCK.

In response to this crisis, many have suggested either low-cost private schooling (which the poor can allegedly access), or private sector management of struggling public schools, as is the case of the Western Cape, Public Operating Partnerships initiative (also known as Collaboration Schools). These solutions have engendered much debate about privatisation in education and private schools. Such debates are intensely rooted in different ideological propositions about what is desirable and what is the public good in society, shedding much more heat than light. It is imperative that South African policy makers, education academics, civil society members, and citizens at large, pay particular attention to the arrival and growth of models of schooling provision that include private stakeholders and interests.

The debate about private schooling and the shifting forms of provision of public goods is global, at a time when inequality, rather than poverty per se, has become the defining feature of political, social and economic life. Not only are current levels of inequality historically unprecedented, but the world is becoming more segmented as boundaries between the rich(est) and poor(est) continues to widen by any conceivable measure. In 2011, South Africa’s GINI coefficient was one of the highest worldwide, making us one of the least financially equal countries, significantly more unequal than at the end of apartheid. This is relevant: the evidence is that privatising goods and services previously offered by the public sector exacerbates inequality.

Historically there has always been private (sector) involvement in education, and the distinction between the private and the public is anything but clear-cut. There are several ways, for instance, that the state intervenes in the private e.g. some independent schools are subsidised by the state; public/private schools receive tax rebates; schools registered as non-profits receive reduced service charges; and school fees are exempt from VAT.

In this context, the idea of wholly publicly provisioned schooling is no longer tenable and the idea of fully private—or for that matter fully public—is a myth: private consortiums, consultants and NGOs have operated in various capacities in the public education space for a while. Textbook development and production, assessment design and evaluation, school monitoring and evaluation, and teacher development are also often private in origins, in addition to diverse forms of explicitly private schooling. Even those schools considered public in South Africa such as “ex-model C” schools are, effectively, a form of semi-privatized schooling, given that the vast majority of their funds come from a private source, namely parents. Access to this funding stream allows ex-model C schools to provide better resources and employ additional teachers on School Governing Body posts compared to their fee-free counterparts.

But in the contemporary period two new forms of private involvement in schooling are gaining ground globally and nationally, and these warrant careful attention. The first is the growth of ‘low-cost’ private schools such as Curro and Spark Schools. The second is a blended model that involves philanthropic funding akin to the Academies of the UK and the Charter Schools of the US, referred to as “public operating partnership schools” or “collaboration schools” in the Western Cape Education Amendment Bill currently under review.

Both models were opened to discussion at the recent Public Private Schooling Symposium co-organised by the Centre for International Teacher Education (CITE) at CPUT, the School of Education at UCT, ISER at Rhodes University and the University of Fort Hare. Public operating partnership schools have, in particular, sparked heated debate primarily along ideological lines, but much subtlety gets lost in traditional arguments of “democratic provision of public schooling” versus “improved efficiency” through leveraging competitive incentives, “increased accountability” and support from philanthropic organisations.

It is difficult to imagine the first model (that of low-cost private schooling) gaining much ground in South Africa in the short-term. The minimum wage proposed in Nedlac negotiations with the government is R3,500 per month and a Nedlac representative announced at the symposium that 50% of employed South Africans earn less than R3,500 a month. Given that unofficial estimates of unemployment are at 40%, this means approximately 70% of South Africans earn less than this figure: hardly an income that can support “low” school fees of R1,300+ per month per child.

However, low-fee private schooling can — and seeks to — attract a small middle class into the private education sector, as well some segments of the working class who seek better schooling and are prepared to finance it through debt and other means. Moreover, various organisations, such as the Centre for Development and Enterprise, seek to stimulate demand and persuade the State to offer this choice to the poor in the form of vouchers, for example.

The low-cost private sector is small and heavily reliant on state subsidies in South Africa: it is estimated that approximately 60% of all independent/private schools in South Africa receive a state subsidy. But it is nonetheless still touted as a possible solution to the South African public education crisis. Whether it can provide such a solution is in doubt: the evidence of its efficacy is mixed and not as clear-cut as its proponents suggest.

Firstly, it must be stated that—thus far—the model has been positioned as a pilot, an experiment still in formation as to what works best and how. Secondly, the authors note that neither attempts at innovation nor creative sourcing of extra resources towards schooling for the poor are to be discouraged. But the current public operating partnership schools’ model bears tell-tale signs of models used elsewhere that have been problematic, including but not limited to the following:

The direction of accountability is primarily downwards towards teachers, with little attention to upward accountability to those charged with creating an enabling environment for teaching and learning (including district level officials and management);

The model is premised on ‘outcomes-based’ monitoring and evaluation, with overtones of performance-related pay for teachers. This idea has been clearly discredited by decades of research that show learner outcomes are predicated on too many variables outside the teacher’s and school’s control, and that outcomes-based evaluation can be “gamed” and distorted;

The idea that addressing the problems at the level of individual schools as if these are separate from the education system in which they operate, or the communities they serve, can bring about scalable and sustained change;

The model seems to lack a theory of change to describe exactly how putting struggling schools under “new management” will bring about improved teaching and learning;

It is important to recognise that similar models used in the US and the UK, which are explicitly named as the template for the South African experiment, have had mixed and inconclusive results regarding their relative benefits when compared to standard public schooling models. Moreover, such models have, by and large, exhibited high staff turnover, used more junior staff to reduce salary costs (which is known to adversely affect learning) and eroded teacher job security and working conditions by extending the school day and increasing class sizes to keep costs manageable.

In schools where working conditions are already poor due to high levels of violence, under-staffing, language barriers and fractured learner home environments, where teachers already express high levels of frustration and disempowerment, these models do not necessarily offer positive ways of addressing these issues.

Although the current public operating partnership schools’ model is vehemently defended as being “not for profit”, and thus potentially positive, it is worrying that the current Western Cape draft legislation amendment schools bill does not explicitly rule out such schools being run for profit. In the words of one principal at a pilot school, when asked why the partner organisation would embark on such a venture: “If Organisation X wants to get into the low-fee for-profit schooling business, who am I to question them?” In this context, it is correct to ask whether this pilot model is the thin end of the wedge for the increasing privatisation of education as a solution to the education crisis, a process which arguably can be traced as far back as the South African Schools Act of 1996, and further back to the proposals which were implemented by the then-ruling Nationalist Party in 1990.

That the current provision of schooling is not of an acceptable quality in the vast majority of our public schools is not disputed. Rather, to paraphrase the ex-MEC for Education in the Western Cape, Yousuf Gabru, our desperation for solutions should not lead us to accept whatever models are brought to our doorstep, nor exonerate our public institutions from fulfilling their mandate. The concerns about the potential pitfalls and problems of the role of the private sector in education outlined here raise the following question: under which conditions do such proposals become part of the problem rather than the solution?

Whilst this is a much-heated debate, we must ask soberly and on the basis of evidence:

How does the emergence of private forms of schooling shift the social functions of education and the commitment to education as a public good?

Under what configurations does increasing private sector involvement imply that the state is abdicating its responsibility for ensuring the social rights of all citizens?

To what extent can the enlightened self-interest of the private sector works towards a common good?

How can the values of social cohesion and the moral compass of society be maintained in a context of increasing private sector involvement?

Only by dispassionately and rigorously addressing such issues can we genuinely develop durable and transparent forms of democratic accountability and regulation to revitalise public education whilst harnessing the positive elements of partnership. The crisis of public education does not require short-term, quick fixes: it requires systemic, decisive and committed solutions which tackle the fundamental root causes of the failure of public education to provide for all citizens the rights promised in the Constitution. We must be careful not to assume that the problems of public education in South Africa — and elsewhere — can necessarily be remedied by quick and naive ideological fixes from both the right and the left. DM