ISS Today: We can honour UN peacekeepers by preventing conflicts 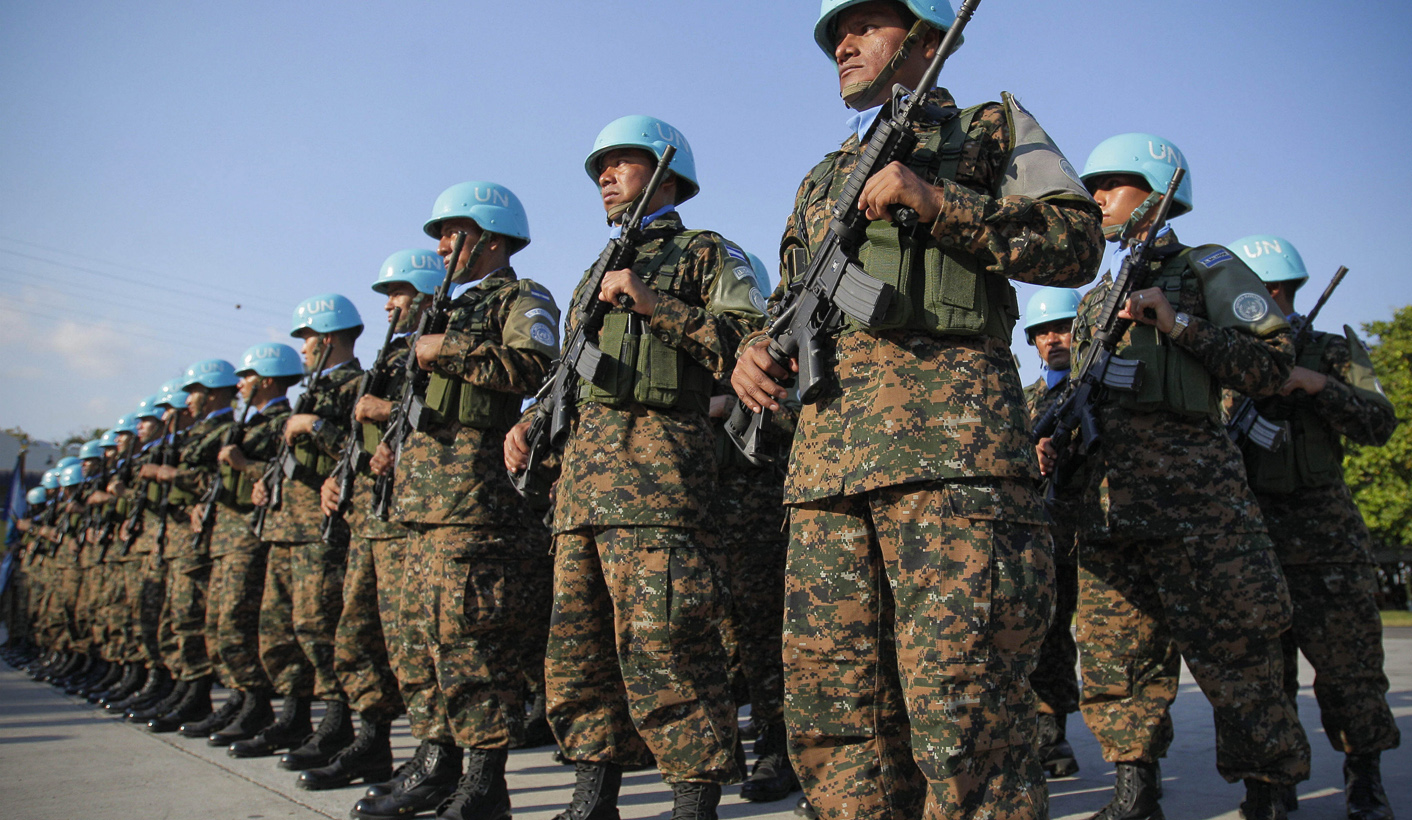 More time and money should be spent on averting crises, rather than responding to them. By Gustavo de Carvalho and Annette Leijenaar, ISS TODAY, Pretoria.

The UN describes peacekeeping as a global investment, that provides a flexible and expanding instrument to help countries transitioning from conflict to peace. In 2016, its budget was over $7.9-billion – a steady increase from the $3.8-billion budget in 2005, but still a fraction of global military spending. In April 2017, the UN had deployed 112,911 personnel (military, police and civilians) from 124 different countries on 16 missions.

Peacekeeping is a cost-effective international tool to address conflicts. However, conflict prevention is, in fact, the core purpose of the UN. This means the UN must consider how peacekeeping, in conjunction with other available tools, can (or even should) best prevent conflicts.

Traditional peacekeeping could be considered a conflict-prevention tool, as it was designed to de-escalate conflicts or oversee the implementation of ceasefires to prevent the relapse of countries emerging from conflict.

But the evolving dynamics of conflicts have changed peacekeeping from its original mitigation roles to broader and more robust mandates, including stronger support to political processes and the rule of law.

He says conflict prevention should not be just a priority, but the priority for the UN. The international community spends too much time and resources responding to crises rather than preventing them, says Guterres.

Part of the challenge of bringing prevention to the forefront of UN initiatives is the fact that peacekeeping is a costly initiative and highly reactive by nature.

Matthew Rycroft, UK Permanent Representative to the UN, says peacekeeping is the “jewel in the UN crown”. While it remains an important tool, he also points out that peacekeeping cannot deliver every aspect of the UN’s responses to conflicts and should exist alongside both conflict prevention and peacebuilding work.

The graph below shows the imbalance between peacekeeping and other tools for preventing conflicts. The UN Peacebuilding Fund, established in 2005, aimed to provide fast, flexible and relevant funds to help prevent the lapse or relapse into conflicts. However, it remains a fraction of the overall peacekeeping budget, due to limited political will and commitment from member states, among other reasons.

* Based on total source of funds

Another example of such imbalance lies in the important conflict-prevention and -resolution roles played by the UN Department of Political Affairs (DPA) regarding its budgetary support.

Through its regular budget, the UN DPA plays a key role in supporting its special political missions. However, due to insufficient funds to cover all its work in conflict prevention, especially when immediate action is needed, the UN DPA has to rely heavily on unpredictable extra-budgetary support. The extra-budgetary support to the DPA was about $36-million in 2016 and accounted for around 40% of the DPA’s work.

The imbalance between the support provided to peacekeeping versus conflict-prevention and peacebuilding is expected to grow. This poses a challenge given the expected budget cuts from the United States, which is a large donor to UN peacekeeping. With limited funds, the international community will have to use more effective tools in dealing with conflicts.

And, while conflict prevention has been rhetorically sound, it still requires further practical understanding.

In response to these needs, several initiatives have been undertaken by the UN to enhance conflict prevention. A number of reviews of its key tools on peace and security were conducted, including the reports from the High-Level Independent Panel on Peace Operations (HIPPO), the UN peacebuilding review and the global study on women, peace and security.

More recently, Guterres commissioned a system-wide review of the UN peace and security architecture, to be released in June, with recommendations on how the UN’s approaches and structures should be improved to better respond to conflicts.

The HIPPO report, in particular, brought back the idea of primacy of politics within peacekeeping responses, saying peace operations must be better aligned with the UN’s key objective of preventing conflicts, mediating peace, protecting civilians and sustaining peace.

The report also acknowledges the challenge of making prevention more practical. Compared to mediation and peacekeeping, where decades of international experience have delivered lessons and principles, the prevention of armed conflicts is approached in an ad hoc manner with many disparate perspectives – diplomatic, political, developmental and economic, among others.

Peacekeepers can provide many lessons and tools to ensure prevention is more effective. In particular, the UN’s Joint Mission Analysis Centre can provide early warning to inform decisions taken by senior mission leaders. And the role of the UN Department of Safety and Security in providing analyses of security situations on mission, country, regional and global levels should as a matter of routine be shared timeously with those responsible for conflict prevention.

Peacekeeping will remain a cost-effective tool to deal with conflicts. But a more balanced approach which uses other available tools would honour not only the important work done by peacekeepers, but all efforts to prevent conflicts and sustain peace. DM