ISS Today: Why no lift-off for Africa’s branch of the BRICS bank? 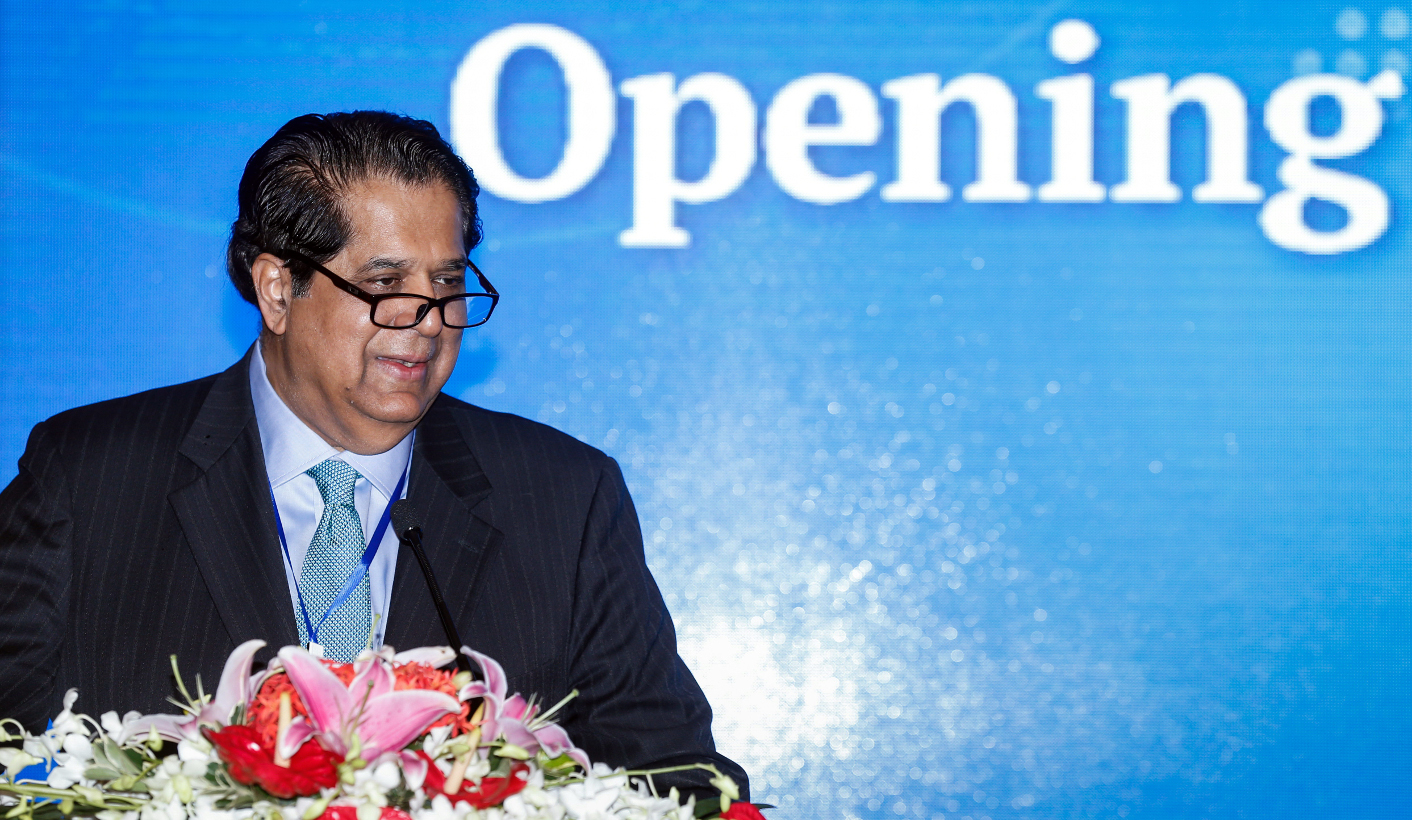 Nearly two years down the line, it remains uncertain whether the bank can fulfil its ambitious goals. By Peter Fabricius for ISS TODAY.

The BRICS New Development Bank (NDB) would open its Africa Regional Centre (ARC) in Johannesburg in March 2016, South Africa’s then finance minister Pravin Gordhan confidently announced in February that year. “This initiative gives impetus to our role as a financial centre for Africa, and will facilitate access to global finance by African investors and institutions,” he said in his national budget speech.

But a lot has flowed under the bridge since then, not least Gordhan himself. President Jacob Zuma flushed him out of the cabinet in March this year because – many South Africans believe – Gordhan was preventing Zuma’s business cronies from getting their paws on the Treasury. Now they have.

Meanwhile another BRICS member, Brazil, has also plunged further into political and economic turmoil, with President Dilma Rousseff impeached for manipulating the national budget, and pressure growing on her successor Michel Temer to resign for corruption.

And old tensions have flared between two other BRICS members, China and India, in part because of an ambitious joint venture between Beijing and India’s arch-enemy Pakistan to build a transport and developmental corridor through Kashmir, which India and Pakistan are hotly contesting.

Economically the BRICS members are not doing as well as they were when the NDB was launched in July 2015. And 14 months after Gordhan said it would be up and running, the African branch of the NDB has not yet been established.

Whether this has anything to do with the overall tensions and economic woes in BRICS and Gordhan’s abrupt departure from the Treasury is hard to say. The ARC had already been caught in the crossfire of Zuma’s vicious fight with the Treasury – the gatekeepers to the fiscus.

In December 2015 Zuma fired previous finance minister Nhlanhla Nene, apparently also because he was blocking Zuma’s efforts to allow his business cronies, the Gupta family, to get hold of state funds. And he was refusing to sign off on Zuma’s R1-trillion pet project to build 9,600 MW of nuclear power production.

Zuma announced then that Nene had not been fired, but merely transferred to head the ARC. This looked like a smokescreen as Nene showed no signs of interest in the ARC job, and instead went off into the private sector.

Some BRICS-watchers suggest that the delay in setting up the ARC may be connected to NDB president Kundapur Vaman Kamath’s imminent departure from his position. Bank officials insist though that the delay is just the result of normal teething problems. They say the Shanghai-based NDB itself was only set up in July 2015 and that its priority has been to get up and running before turning attention to the ARC.

They say offices for the ARC have already been chosen in Sandton – the plush commercial hub just north of the Johannesburg city centre – and interviews are being held with applicants for the CEO job. No suitable candidate emerged from the first round of applications and so a second round was opened.

But when the ARC is eventually established, what will it do?

Pretoria has touted its membership of BRICS to its fellow Africans – rather envious of its flirting with the big boys’ club – as a sort of conduit for the vast financial resources of the other BRICS members (notably China) to flow into the continent. That was evident when South Africa hosted the annual BRICS summit in 2013 and invited several African leaders along to meet the other BRICS leaders and to present their investment needs, mainly in infrastructure.

And Gordhan suggested the same in his 2016 budget speech, quoted above. The idea was for the ARC to finance big regional projects like the elusive Grand Inga hydroelectric power plant on the Congo River, intended eventually to produce some 40 000 MW of power.

But BRICS officials have made it clear that for now the NDB will only be investing in its five member countries, who have each committed $10 billion to capitalise it. So far it has announced financing for seven projects, totalling almost $1.6-billion – two each in China and India, and one each in South Africa, Brazil and Russia. Six of them are for renewable energy and the seventh for roads in India.

At some point in the future, the NDB plans to invite membership – and capital input – from other countries. If African countries want to join, they will become eligible for loans too. South African officials say Pretoria is still discussing with the NDB how the rules might be adapted to finance multinational projects like Inga.

In the meantime the ARC – the first of what are eventually supposed to be regional offices in all five member countries – will merely service South Africa, not the whole continent.

Many suspect that the other BRICS members only agreed to establish the ARC as a sop to South Africa, which had aspired to host the headquarters of the NDB itself. The first NDB loan to South Africa was $180-million to the national power utility Eskom to finance transmission lines to connect private renewable energy plants to the national grid.

The NDB’s preoccupation with renewable energy, and in particular this loan to Eskom, are a shade ironic, coming at a time when Eskom boss Brian Molefe had stifled the burgeoning renewable energy industry by announcing he would buy no more power from it.

Energy experts in South Africa believe the NDB is not happy with Eskom because it has earmarked a large chunk of the $180-million loan for projects not related to renewable energy.

The highly controversial Molefe’s indifference to renewable energy suggested to many that he had already signed up to Zuma’s dubious nuclear project. This has aroused great suspicion in South Africa that Zuma has already promised the construction contract to Russian President Vladimir Putin, even though it is officially still open to tenders from China, South Korea, the US and France.

Whether the NDB – including the ARC – will eventually fulfil the ambitious goals Gordhan articulated in his budget speech is uncertain.

Member states present BRICS as an alternative to what they regard as the West-dominated international finance architecture. The NDB is their answer to the World Bank and they are also setting up a currency swop agency to bypass the International Monetary Fund – and the US dollar – and their own credit rating agency.

But some analysts fear that they have bitten off more than they can chew.

The damage to BRICS’s reputation caused by the current, converging ‘corruption scandals, political turmoils and economic irresponsibility’ of many of its member countries made it unlikely that its institutions – including the NDB – would ever gain investors’ trust. This ended up “rendering them redundant”, Misheck Mutize and Sean Gossel of UCT’s Graduate School of Business wrote in Johannesburg’s Business Day this week.

That seems like an overly gloomy forecast. But it is true that just four – though admittedly large – economies plus tiny South Africa don’t have quite the same collective resilience to economic shocks as the existing global financial institutions with their much larger membership.

Perhaps the BRICS members should open up the NDB to other shareholders sooner rather than later. DM

Photo: The President of the New Development Bank (NDB), Kundapur Vaman Kamath, of India, delivers a speech at a opening ceremony of the NDB in Shanghai, China 21 July 2015. The NDB was created by the five BRICS nations Brazil, Russia, India, China and South Africa. EPA/XING ZHE CHINA OUT