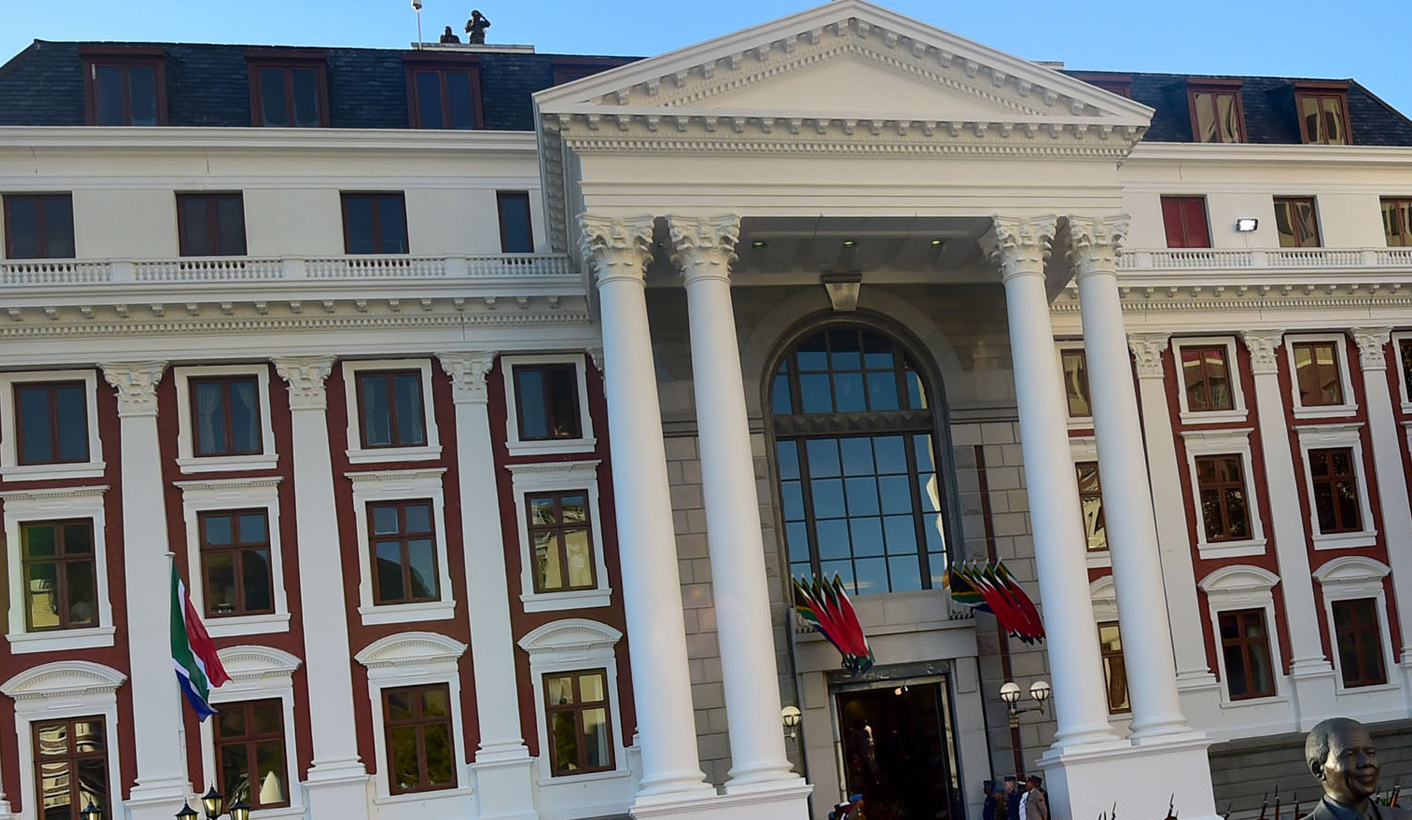 Parliament’s trade and industry department has moved a step closer to producing a first – a Bill drafted by a committee, this one aimed at providing debt relief for indebted consumers. On Wednesday the committee’s National Credit Amendment Bill initiative – started in November 2016 – received broad support from National Treasury. But MPs took issue with the officials’ stance that provisions should not endanger the financial services sector. As DA MP Geordin Hill-Lewis pointed out, banks already made provision for the write-off of bad debt. ANC MP Adrian Williams said: “We are here to represent the interest of the people, not the interests of the financial sector.” By MARIANNE MERTEN.

Amid the glut of budget vote debates, and up to six are scheduled daily, there’s something brewing in committees. Despite the time pressures, they are meeting to discuss often prickly issues and publicly have expressed their dissatisfaction about departments.

Perhaps it is the pending ANC policy and national elective conferences in late June and December this year. Under pressure to show something for drawing their roughly R1-million a year parliamentary salary, but also amid an increased public outcry over a series of debacles like Brian Molefe’s return to Eskom or the South African Social Security Agency (Sassa) grant payments contract, committees are finding their voices.

On Wednesday Denel board chairman Daniel Mantsha got klapped, verbally, for telling MPs the state-owned defence equipment and technology manufacturer had already appeared before the public services committee seven times. He delivered an apology for the “misunderstanding”, but with his executive team delivered a summary of various committee presentations dating back to October 2015 with regards to its controversy-ridden joint venture, Denel Asia.

Denel’s joint venture partner is VR Laser Asia, owned by Salim Essa, a Gupta business associate, who also has a 64.9% majority share in VR Laser South Africa, in which Rajesh Gupta and Duduzane Zuma jointly hold a 25.1% stake through other investment companies.

“No, Denel is not captured,” Mantsha told MPs, but was simply doing business with the best available partners. The public protector’s State of Capture report had nothing to say about Denel, although it recommended that a state capture commission of inquiry should look into Denel Asia.

Another meeting with National Treasury, which has not approved the joint venture as legally required and has been taken to court for this by Denel, and the board of the state-owned defence entity, is scheduled for next week.

On Wednesday, Parliament’s small business development committee took a dim view of the department’s report on co-operatives when it was finally submitted on Wednesday – some nine months late. Having previously been told the department had provided R350,000 to each of the country’s 400 agricultural co-operatives, MPs wanted to hear more. It could have been a good news story. Instead the committee received what it called “a sub-standard report” delivered by junior officials.

“It was disheartening to listen to a report which implies that the department only focused on disbursing funds and could not account for how the money was used,” said committee chairperson Nozabelo Bhengu.

And the water and sanitation committee sharply criticised the department for having failed to pay R1.8-billion owed to contractors. The debt dates back to the previous 2016/17 financial year. “This goes against the known policy of government of service providers [being paid] within 30 days upon completion of any project. Also, by not paying service providers, the department is killing those emerging businesses,” the committee said in a statement.

And in a highly unusual move, the water and sanitation committee decided not to adopt its report on the departmental budget, effectively threatening Water and Sanitation Minister Nomvula Mokonyane’s budget vote debate on Friday. That is unless the department pulls up its socks and delivers answers at Thursday’s special meeting.

On the budget vote conveyor belt, there’s been little for ministers to brag about, or to announce. Exceptions in the past two weeks have been Police Minister Fikile Mbalula on a national campaign to end abuse of women, Human Settlements Minister Lindiwe Sisulu on establishing a development bank for home loan financing targeting the gap market of those earning too little for commercial mortgages and too much for government subsidies, and Home Affairs Minister Hlengiwe Mkhize’s announcement of a discussion document on repositioning her department as a security entity. On Wednesday Agriculture Minister Senzeni Zokwana highlighted that the first 129 vets now had completed the compulsory community service his department introduced last year.

Most ministerial budget speeches are simply ticking the box in a case of grind teeth, grin and bear it and get through the 15 minutes at the podium.

But, of course, the devil is in the detail.

So, Finance Minister Malusi Gigaba dropped “radical” when he delivered his maiden National Treasury speech on Tuesday. Perhaps he just got bored with the verbal somersaults to explain radical economic transformation without unsettling investors, international credit rating agencies and the opposition, and stretching concepts to argue that radical socio-economic transformation is the same as, or at least not incompatible with, inclusive growth.

But no one should read too much into the missing “radical”. The finance minister still punts it, sans radical, as his 10-page speech showed when he said, again, that social justice would be elusive it the status quo is maintained.

“Therefore, economic transformation should prioritise – among other objectives – changing the structure, ownership and institutions of our economy to include all South Africans in opportunity and wealth creation, particularly marginalised groups such as black people, women and youth,” said Gigaba.

That’s, of course, the definition of radical socio-economic transformation – straight out of the statement issued after the ANC national executive committee lekgotla earlier this year.

Anyone hoping #DataMustFall had any impact to reduce costs, which are higher in South Africa than many developed and developing countries, gird loins for a long battle. It could take up to two or three years before the data costs regime might change. That’s according to an initial inquiry by the regulator, Independent Communications Authority of South Africa (Icasa), cited by Telecommunications and Postal Services Minister Siyabonga Cwele at his pre-budget vote briefing on Wednesday.

The minister appealed to operators to “start competition… to ensure the cost of data and voice calls fall to affordable levels or below 2% of average household income” after the Icasa report showed data traffic increased by 55%, data revenue from R30-billion to R38-billion, while 4,000 jobs were cut – and prices remained “sticky at same level”. Maybe it’s time for the Competition Commission to step in, Cwele added.

But the budget vote debate glut is almost over. Next week it’s the Parliament budget vote and on the presidency, with President Jacob Zuma in one of his rare appearances in Parliament getting an opportunity to respond. It’s unlikely there’ll be much talk of rands and cents in the almost six-hour debate on the presidency, as opposition parties are set to make political hay of scandals in the Zuma administration. DM