Analysis: South Africa is stuck in a failing second industrial revolution – Let’s move beyond it 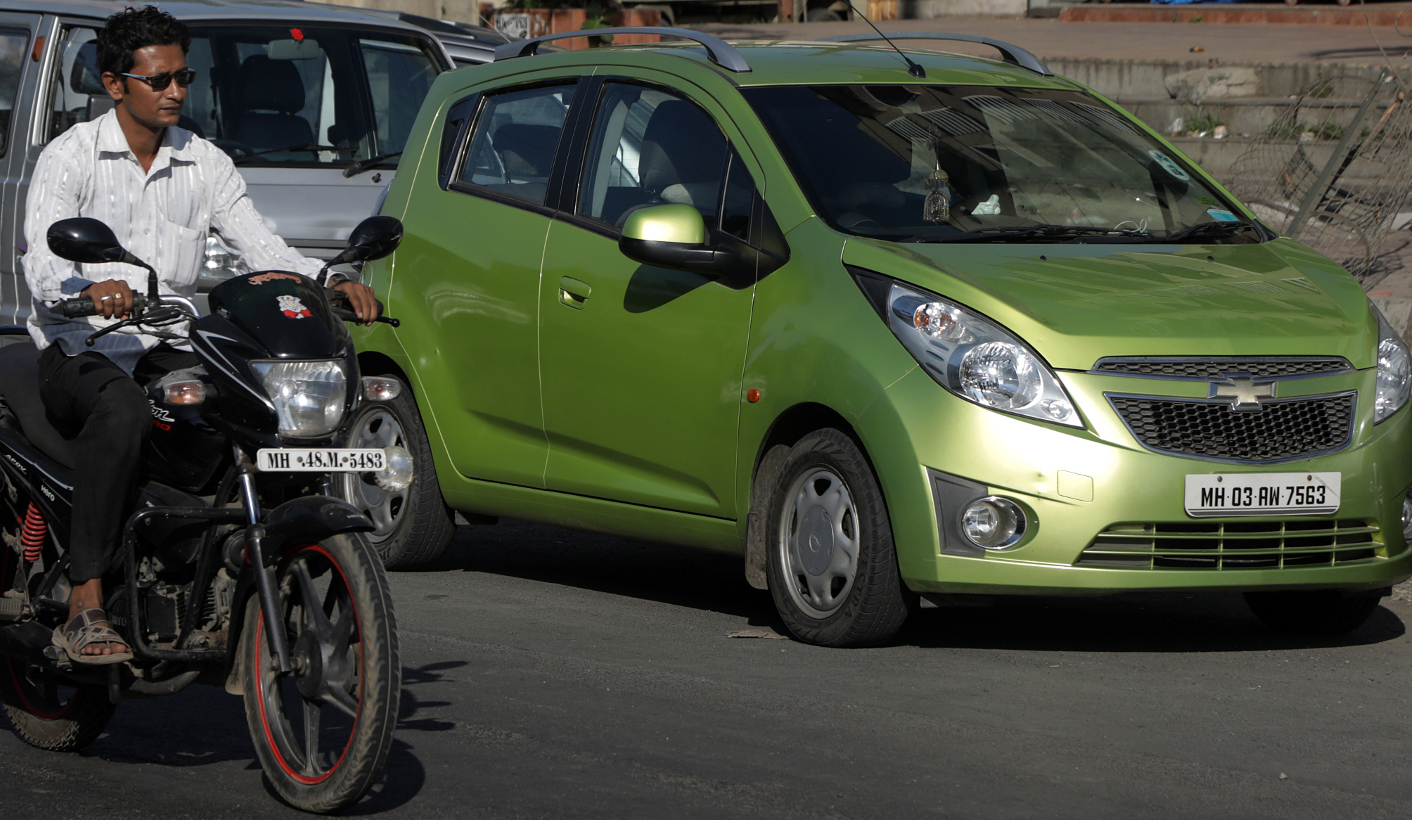 Last week, another busy news week in South Africa, saw two significant events. The one was the announcement by General Motors (GM) that after 90 years, it was pulling out of South Africa. The other was the presentation by the new Minister of Energy of her department’s budget speech. Both events elicited strong debate. GM’s decision has been variously ascribed to South Africa’s poor governance and the country’s newly acquired “junk credit status”. The Minister of Energy’s speech confirmed a long-standing commitment to the development of the oil sector, renewed an effort to get a gas economy going and to get nuclear procurement back on track. Renewable energy procurement, the one outstanding success of her department, gets to be moved under the very poorly performing Central Energy Fund and the whole programme gets to be reviewed. Both events highlight the continual failure of South Africa’s industrial policy and a singular failure of even imagining anything better. By DIRK DE VOS.

Instead of pursuing opportunities fast emerging in the energy revolution, we seem to want to double down on our dependence on fossil fuels. It is just extraordinary that South African can even talk about radical economic transformation or inclusive economic growth (depending on the audience) and at the same time replicate industrial policies inherited from the apartheid economy. To make matters worse, Eskom, facing a multiplicity of problems of its own making, recently announced that it wanted to revive the ill-fated Pebble Bed Modular Reactor programme.

South Africa’s industrialisation has from the outset depended on what some refer to as the Minerals-Energy Complex. From the 1920’s state corporations in electricity, steel and transport combined with private mining conglomerates to build an n economy based around the extraction of minerals using cheap forms of energy. To make it all work, apartheid policies ensured the supply of cheap and compliant black labour. None of the underlying assumptions that drove capital accumulation in apartheid South Africa exist any more.

Post 1994, South Africa has been undergoing a process of de-industrialisation – even if the economy as a whole has grown (albeit slowly). This is important because a recent study by the well-known Harvard bases economist Dani Rodrik entitled “Premature de-industrialisation” shows that South Africa joins a club of other developing nations which are de-industrialising before they become rich developed economies. Manufacturing, he argues, drives labour productivity, is able to absorb significant quantities of unskilled labour and as it is a tradable sector, it can expand via exports even if the rest of the economy cannot absorb what is manufactured.

In short, other than a few exceptions, manufacturing is an escalator and the main channel through which rapid economic growth has taken place in other developed countries in the past. His data shows that employment in South Africa’s manufacturing sector peaked in 1981. Since then it has been in decline. In the absence of the traditional manufacturing route, economic growth in developing countries are driven by capital inflows, external transfers, or commodity booms which are often not sustainable. Some services such as IT are tradable but are typically highly skill-intensive without the capacity to absorb the type of labour that low and middle-income economies have.

Rodrik’s analysis is supported by another Harvard economist, Professor Ricardo Hausmann in a paper examining South Africa’s low growth and high unemployment. Hausmann argues that to create a significant expansion of export sectors must take place but shows too how poorly South Africa has performed.

One of the buzz-words to have emerged in recent times is the idea that the world is moving into a fourth industrial revolution. The term itself, is the title of a book by Professor Klaus Schwab, the founder and Executive Chairman of the World Economic Forum. This revolution is supposed to be driven by emerging technologies in Artificial Intelligence, nanotechnology, robotics, 3D printing and other advancements. The anxiety about the reduction in relatively well-paid manufacturing jobs is now frequently debated.

The characteristics of the first three industrial revolutions are roughly as follows:

What is clear is that South Africa’s industrial policy is stuck in the second industrial revolution. Have a look at GM’s departure. While local conditions may well have played a role in the decision, GM itself is in retreat around the world but its products are, for all the third revolution technology now embedded within them, products of the second industrial revolution. Further, the only reason GM has remained for as long as it has, is because motor manufacturers are heavily subsidised to be here. Getting to grips with the details of these subsidies is hard to do. Frank Flatters of Queens University, Canada provides a detailed background to how our motor industry has been taxpayer supported. He takes the view that the programmes supporting vehicle manufacture in South Africa overestimates the benefits and that the costs, when recognised at all, are hugely underestimated.

More recent work showed that the motor vehicle parts and accessories sector received about 65% of all state incentives in 2010-2011. Mike Schussler estimates that 20c of every R100 collected in tax goes directly to the vehicle manufacturers. Ivor Vegter has also written on the motor industry subsidies saying that if vehicle manufacturers can’t swim, they should sink. The critical role of subsidy support is reflected in a recent VW statement that if state support is removed, “it would be the immediate end of the motor industry in South Africa.” Other research shows that South Africa has no comparative advantage in the global motor trade which also depend on especially negotiated trade deals that, like AGOA, could be yanked away from us at any point.

In the meantime, huge Schumpeterian changes in the vehicle sector are underway. A recent Financial Times piece describes the unfortunate position of a high tech British engineering firm that has developed a new type of turbo charger that would significantly reduce the amount of fuel and emissions an internal combustion engine would need. Perfect for these times? One would think so, but vehicle manufacturers have decided to focus on developing electric vehicles instead. Their focus is on battery technology now. Other tech that stands to be crushed are makers of gearboxes. – electric vehicles don’t need them. Volvo has just announced that its current generation of diesel engines will be its last. Ford, a laggard in electric vehicles, is now putting the development of electric vehicles at the centre of its strategy with its leadership change. One recent prediction is that petrol and diesel will be on its way out within just 8 years. It can’t be a good idea to be subsidising the manufacture of a product that looks to be on its way out. It might just be that our motor vehicle industry is in decline because it is building products for which there will be no market.

A back of the envelope calculation shows how competitive existing electric vehicles already are in South Africa. More importantly, a fleet of electric vehicles on our roads could solve Eskom’s existing excess supply problem and significantly improve our external balance of payments problem by reducing our oil import bill.

Similarly, energy policy heavily predicated on the continuation of fossil fuels whether retaining and supporting Eskom or building new refineries – more particularly if one wants to encourage emerging black industrialists to participate – needs a rethink. The world’s energy systems are at the beginning of an energy transition. Initially, support for renewables was driven by concerns around greenhouse gasses and heavily subsidised. This is now changing. Renewables are the cheapest way to add new capacity and some predictions are that new wind and solar power will generate electricity more cheaply than existing coal fired plants. Electricity utilities are relooking at their whole business model.

India, which the International Energy Agency had predicted would be the biggest growth market for new coal fired power plants, is cancelling projects the size of Medupi and Kusile in order to focus on renewables. Battery technology is moving ahead so quickly that each year one has to rebase assumptions of future costs and this does not even include new emerging technologies in flow batteries and non-chemical solutions such as super-capacitors.

As this transition gets under way, the tired old arguments about global warming and the risk it poses becomes a secondary factor. Renewables are simply cheaper to build and the asset base built in the 20th century for about $25-trillion looks increasingly like a lot of stranded assets. The risks of investing in second industrial revolution assets that we will never be able to use should be front of mind. Yet, in the Minister of Energy’s budget speech, there is no indication that any thought is being given to this.

Perhaps policy that contemplates the demise of whatever industrial base we still have and which still employs a large number of people is hard to develop. But there are many upsides. In the US, the renewables sector already employs more Americans than the coal industry. Indeed, as fossil fuel advocates point out, maybe renewables employs too many people.

The real upside in the coming energy transition for South Africa lies in our mineral wealth. Glencore (whose Optimum colliery was hijacked last year) is heavily dependent on fossil fuels but in a note to its investors last week, it made the point that the electric vehicle revolution is underway and “its impact is to be felt much quicker than expected”. Glencore then went on to tell its investors that it had a big exposure to the magnetic metals that were key parts of battery fabrication. Glencore says it is set to benefit from the electric vehicle revolution.

The United States Geological Survey maintains an open data website of non-fuel mineral reserves. Looking at the commodities that will be in demand along the renewable energy – battery value chain, South Africa’s proven mineral reserves are mostly in the top 10 for each commodity. If one includes our neighbouring countries, then our region is in a commanding position to be a principal supplier of just about any commodity. As other countries make the energy transition themselves, there is every chance of an infrastructure and retooling investment boom. As Rodrik points out, other than through developing a manufacturing sector, most countries cannot become wealthy. Some countries endowed with mineral resources that remain in demand for long periods which also maintain strict democratic accountability over the management of those mineral resources can be the exception.

South Africa can be a winner in the coming energy transition provided we don’t remain wedded to the legacy fossil fuel powered economy developed in the 20th century. We should grasp the opportunities that lie before us. DM

Photo: A motorcyclist passes a General Motors Chevrolet car parked on the roadside in Vasai on the outskirts of Mumbai, India, 20 May 2017. According to reports, General Motors, one of the biggest auto makers in the world, announced to exit from India’s domestic sales market, pulling its Chevrolet brand out of India by the end of this year. Photo: EPA/DIVYAKANT SOLANKI