To infinity and beyond: New Iziko Planetarium brings sp...

To infinity and beyond: New Iziko Planetarium brings space to Earth 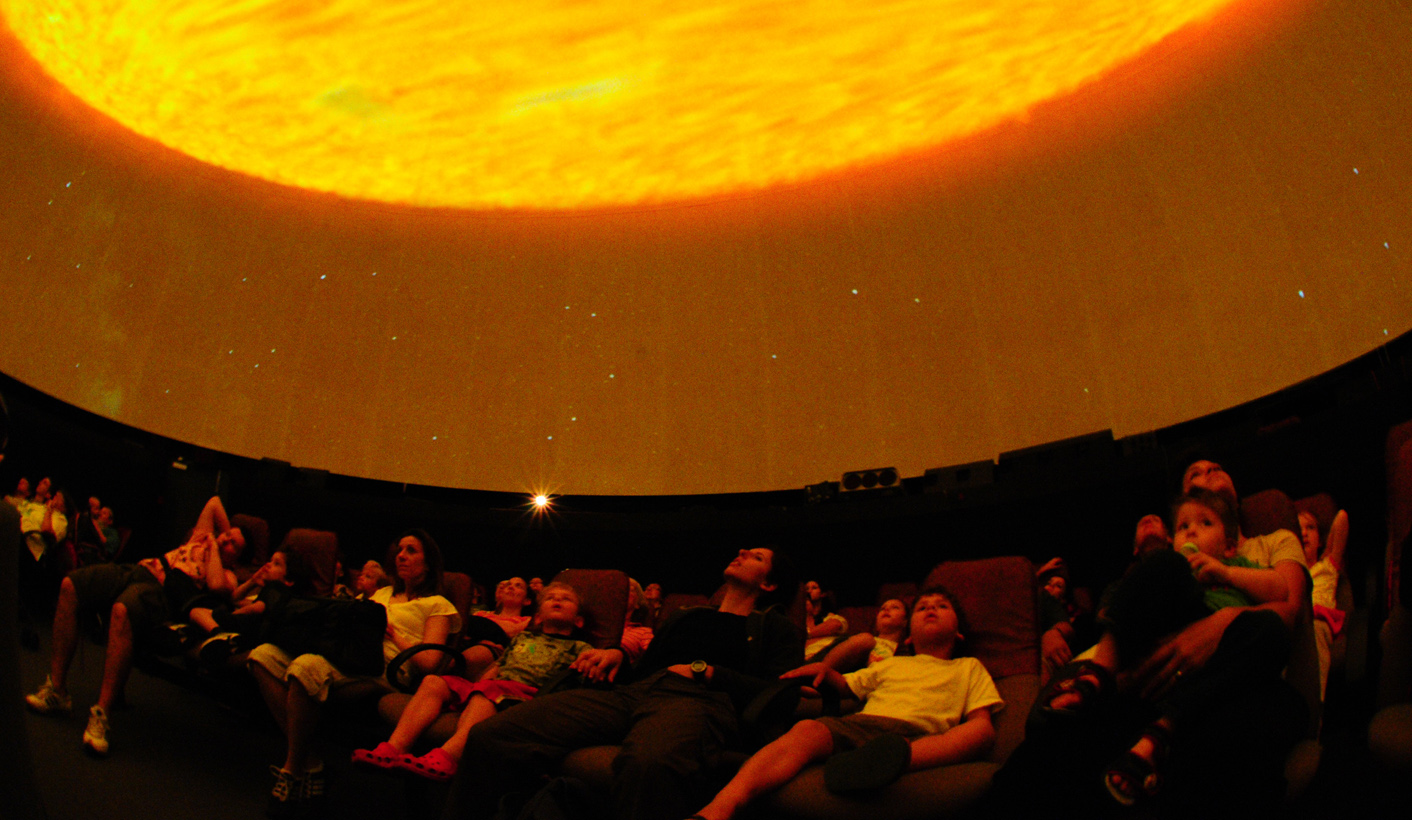 This weekend, a facility unlike anything else on the African continent opens in Cape Town. The Iziko Planetarium and Digital Dome, built at a cost of almost R30-million, leaves its predecessor in the dust. In addition to providing a 3D experience of space to visitors, the aims for the new Planetarium are bold: to serve as a research facility, to collaborate with the work being done at South Africa’s telescope projects, and even to bridge the divide between the sciences and the arts. By REBECCA DAVIS.

If you attended school in Cape Town over the last decades, chances are that at some point you were taken on a field trip to the Planetarium at the South African Museum. It started life in the late 1950s; early, if you consider that the first moon landing only took place in 1969, but the apartheid regime was keen on space research for the military possibilities offered by rocket-boosted missiles and reconnaissance satellites.

In 1987, the Planetarium’s star machine opened, providing the kinds of shows familiar to Cape Town’s former schoolkids. The lights would go down, necks would be craned to the ceiling, and a vision of the night sky would appear above. It was pretty impressive, for the time – but that technology has been in dire need of an upgrade, particularly as commercial cinemas have increasingly offered more spectacular immersive experiences.

Now, that upgrade has happened – and then some.

“This space is no longer a planetarium as you know it,” Iziko CEO Rooksana Omar told guests at a preview of the new facility on Tuesday. “It is in fact a digital dome.”

The “world-class digital fulldome theatre” allows for multimedia image projection and data visualisation on a scale not previously seen in Africa. During the preview given on Tuesday, the effect was – one imagines – as close to a simulation of space travel as one can get outside of cutting-edge American facilities.

The old displays of the stars in the night sky are still possible, but so too is to take a virtual tour of our solar system and beyond; to dive between Saturn’s rings and see the tiny particles that make up those rings; to cruise around Pluto and view its surface based on the very latest satellite imagery. The effects are awe-inspiring.

The ability to bring viewers closer to space than ever before is only part of the facility’s purpose, however. More significant from a research perspective is the fact that the dome’s technology will be used for data visualisations that have not been possible up to now.

“The other big step that has been taken here is that [the Planetarium] has been turned into a scientific instrument,” former UCT deputy vice chancellor and current Max Planck Institute fellow Professor Danie Visser explained. “Some data can only be understood if you can see it.” Visser cited the possible implications of the data visualisation facility for neuroscientists, for instance, who will be able to effectively “stand within the brain” to witness visualisations of its processes.

The digital dome will also have significant application for the current work being carried out by South Africa’s telescope projects.

“The SKA [Square Kilometre Array] office is almost drowning in data,” said astronomer Dr Michelle Cluver. “We’re looking to get data on to the dome very quickly.” Making such data sets accessible to the public may serve to enhance excitement and engagement around the images being captured by South Africa’s telescope.

Cluver has personal experience of how these facilities can capture the imagination of young people.

“I had a job taking tickets outside the [original] Planetarium during high school, and it more or less changed the course of my life,” she said. “But this is a facility not just for astronomers. There are no horizons when it comes to this kind of technology.”

Iziko is hoping that the digital dome will also be used as a platform for art, for the screening of homegrown 3D film and animation projects. Dr Ian-Malcolm Rijsdijk, of UCT’s centre for film and media studies, said he envisaged multiple uses in this regard.

“It offers us an opportunity to encourage [artists’] immersive panoramic installations,” said Rijsdijk, of the kind already being produced by the likes of South African artist William Kentridge. Rijsdijk described the space as having the potential for “tremendous collaboration” between the sciences and the humanities, two fields of human endeavour often characterised by “mutual suspicion”. Bongani Ndlovu, Iziko’s executive director of core functions, also paid tribute to the bridge-building nature of the project. “Most important for me is the fact that this project brought together experts across different disciplines to focus their resources on a project which will benefit our country,” Ndlovu said.

Funding the new planetarium has also been a collaborative exercise, bringing together government departments, the National Lotteries Commission and Cape Town’s universities. Members of the public will still be footing a personal bill, however: access to one of the shows in the dome costs R40 for adults and R20 for youngsters and pensioners.

Asked by Daily Maverick how Iziko would ensure accessibility to the facility for those who can’t afford the entrance price, Ndlovu explained: “If a young person or family will not be able to pay, they will have to indicate so and we will give them access”, as part of Iziko’s standard “fee waiver” policy.

The facility comes with the stamp of endorsement of US astrophysicist Dr Neil DeGrasse Tyson, who suggests: “Whether we gain perspective of our place in the world experiencing the diversity of pan-African culture, its folklore, and its art – writ large in the night sky; or by witnessing the forces of nature and how climate change affects our planet; or by exploring the infinite universe – we are not the same walking out of the dome as when we walked in.” DM

The Iziko Planetarium and Digital Dome opens to the public on 27 May 2017.

Photos: Audiences watch a demonstration of the digital possibilities of the new Iziko Planetarium. (SkyScan)