Balancing the Budget: Joburg DA shows us the money 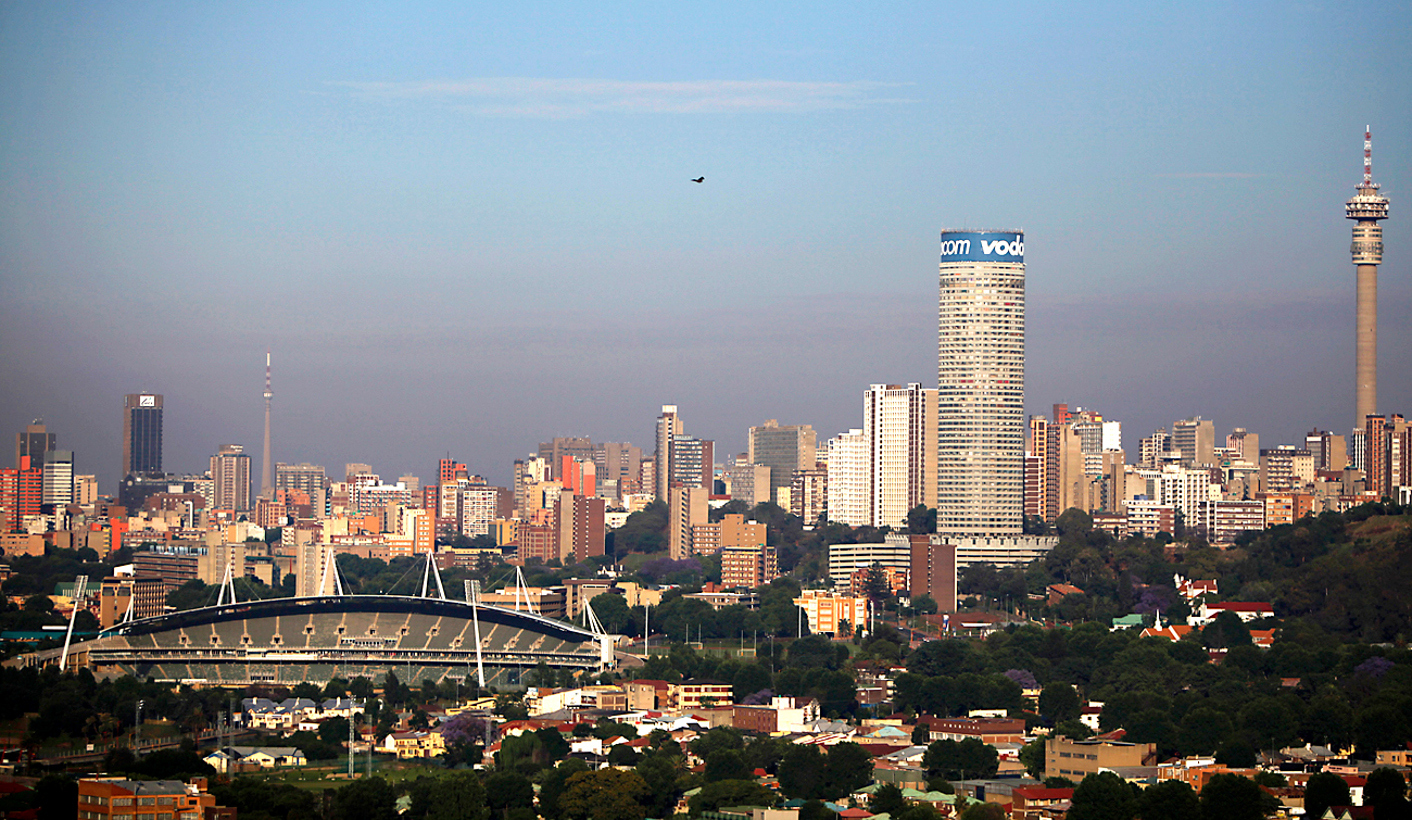 Johannesburg Mayor Herman Mashaba has said the city’s first non-ANC administration will be pro-poor, but the proof is in the numbers. Finance MMC Rabelani Dagada on Tuesday presented the city’s coalition-government budget, allocating R55.9-billion in spending over the next year. By GREG NICOLSON.

Reflecting Mashaba’s recent State of the City Address, Rabelani Dagada dedicated his budget to “Joburg’s forgotten people”, saying it would be pro-poor, provide a business environment to spur growth, and fight corruption. The budget was delivered exactly nine months after the first sitting of Joburg’s new council, which saw Mashaba elected mayor through a coalition with smaller opposition parties and support of the EFF.

Dagada on Tuesday said the country’s economic climate and the risk of a downgrade for the city could hamper the administration’s goal of achieving 5% economic growth, but  through austerity measures and increasing revenue collection, Johannesburg’s finances can be improved, and this will ultimately lead to development for the poor.

DA city leaders have lauded themselves on revenue collection and Dagada said tariffs were kept to a minimum. “We have done all that is possible to keep tariff increases to a bare minimum while safeguarding the city’s financial sustainability,” said Dagada. Property rates will increase by 6.2%, slightly higher than the 5.9% the ANC offered last year. Electricity costs will increase by an average of 2.28%, but that will increase based on how much a consumer uses. Water will cost an average of 12.2% more, with indigent households receiving 10 to 15 kilolitres free each month, higher than the national recommendation of six kilolitres. But, the budget introduced a new tariff non-indigent households will see an increase of R42 per month to their water bills. The city aims to use this tariff to raise R320-million in revenue to fund infrastructure. Waste removal will increase by an average of 6.2%.

The new administration has launched a number of initiatives to confront the billing crisis and said it collected R3-billion in March, a city record. Dagada said Johannesburg has lost R3-billion because of undervalued properties and the city will spend R25-million for additional property valuers (Cape Town has 120, Joburg 19). The city also plans to target customers who haven’t being billed, particularly commercial customers, to raise revenue.

Dagada was adamant the R55.9-billion budget expenditure was pro-poor. The budget’s three-year capital budget appropriation up until 2019/20 amounted to R27-billion. A cursory comparison to last year’s budget tabled by the ANC showed a budget  allocation of R54.8-billion in yearly expenditure and R28.6-billion for capital over three years. The expenditure is similar, with the DA leaders planning to spend slightly more in the current year but less over three years.

The largest slice of the new government’s budget is directed to the sustainable services cluster, which Dagada said was crucial in supporting the poor. He allocated R28.7-billion this year and a planned R11.8-billion over three years in capital. Last year’s ANC budget saw figures of R28.8-billion and R12.8-billion.

Under the cluster, Dagada boasted R40-million would be used to enhance sanitation in informal settlements, compared to R17-million last year. R162- million would be used for providing electricity and water connections in informal settlements, compared to R120-million last year. Despite the department of housing’s yearly budget being cut by R300 million, Dagada said plans to develop rental accommodation had been significantly expanded. He noted lower provincial housing grants offered to the city, claiming it is limiting change.

Dagada said 10 informal settlements will be upgraded in 2017/18 and the number will increase each year ahead. Last year, the ANC government aimed to upgrade two informal settlements. Over the medium-term, 51 informal settlements are planned to receive upgrades at a cost of R1.9-billion. “I have no doubt that through this budget allocation we will start to restore the dignity of our forgotten people.”

The DA-led administration plans to increase the economic growth cluster’s yearly budget by about R700-million and the flagship programme will be a focus on building SMME hubs, raising the budget for the hubs from R4.5- billion to R8.5-billion. “We will not be announcing fanciful projects in this budget to create jobs. Because economic growth in our city depends on a much broader approach to growing our economy,” said Dagada. On the economy and jobs, there was a noticeable lack of anything similar to the scrapped [email protected] initiative.

Planned spending for the new budget and last year’s ANC budget on the human and social development cluster are fairly similar, with a slight increase in the DA’s budget. Dagada noted “unprecedented levels of investment into public safety and visible policing”. He said the JMPD’s narcotics and tactical unit will be expanded and mobile command stations will be rolled out to improve police visibility. An additional budget was allocated to extend the hours of some clinics and R30-million was allocated for drug rehab centres.

The good governance cluster was allocated almost R9-billion, a significant jump from the ANC’s budget plans last year. The sector deals with the operations of the city’s administration and the increases relate to efforts to improve revenue collection, appoint property valuers, and deal with the billing crisis.

“This is a budget crafted through consultation with our strategic partners and, indeed, our residents,” said Dagada. “This budget is a victory for our city’s forgotten people who, till now, were forced to fend for themselves on the fringes of society.”

ANC Joburg leader, former mayor Parks Tau, said Dagada’s budget did not match the administration’s pro-poor rhetoric. The new water tariff undermines progressive taxation and will hit low-income earners hard, he said. Planned capital expenditure over the next three years had been reduced and the lack of focus on the youth was a “major indictment”.

For all the DA’s rhetoric on increasing revenue, the budget had not substantially increased and the city is not allocating 60% of capital expenditure to the poor, as it said it would, Tau claimed. Where it’s planning pro-poor developments, the city is focusing on improving the outskirts rather than promoting integration and challenging the apartheid spatial legacy.

EFF Joburg caucus leader Musa Novela said his party was “relatively happy” with the budget. He noted allocations towards insourcing security services and a commitment to insourcing catering and cleaning services, but said the city was still failing to significantly develop its internal operations. He also took issue with the new water tariff, which means that while all households used to receive a limited amount of free water, all but the poorest will now  have to pay more. He said the city will have to work on a model to determine who can pay and who cannot.

Mashaba’s administration has been criticised this week for approving a R500,000 pay increase for the mayor’s chief of staff, Micheal Beaumont. “This is irregular, if not fraudulent,” said ANC Joburg spokesperson Jolidee Matongo on Monday. He said Mashaba had promised clean governance. “He has now proven that he is all talk and no action.”

Tuesday’s budget speech began with interruptions from the EFF who claimed Beaumont’s increase undermined Mashaba’s talk of fighting corruption. “Pay back the money,” EFF councillors chanted. Mashaba was offered the opportunity to respond but said he would address the issue during the budget debate on Thursday. Novela said the pay hike must be reversed and compared it to scandals at the SABC and Prasa. The mayor’s office has dismissed the claims as “libellous” and said the increase resulted from a regrading of Beaumont’s position.

Thursday’s debate over the budget will probably see the EFF continue to challenge the pay rise and the ANC question whether, in fact, Dagada’s budget is pro-poor. DM

Photo: A view of the city of Johannesburg. Photo: Siphiwe Sibeko / Reuters