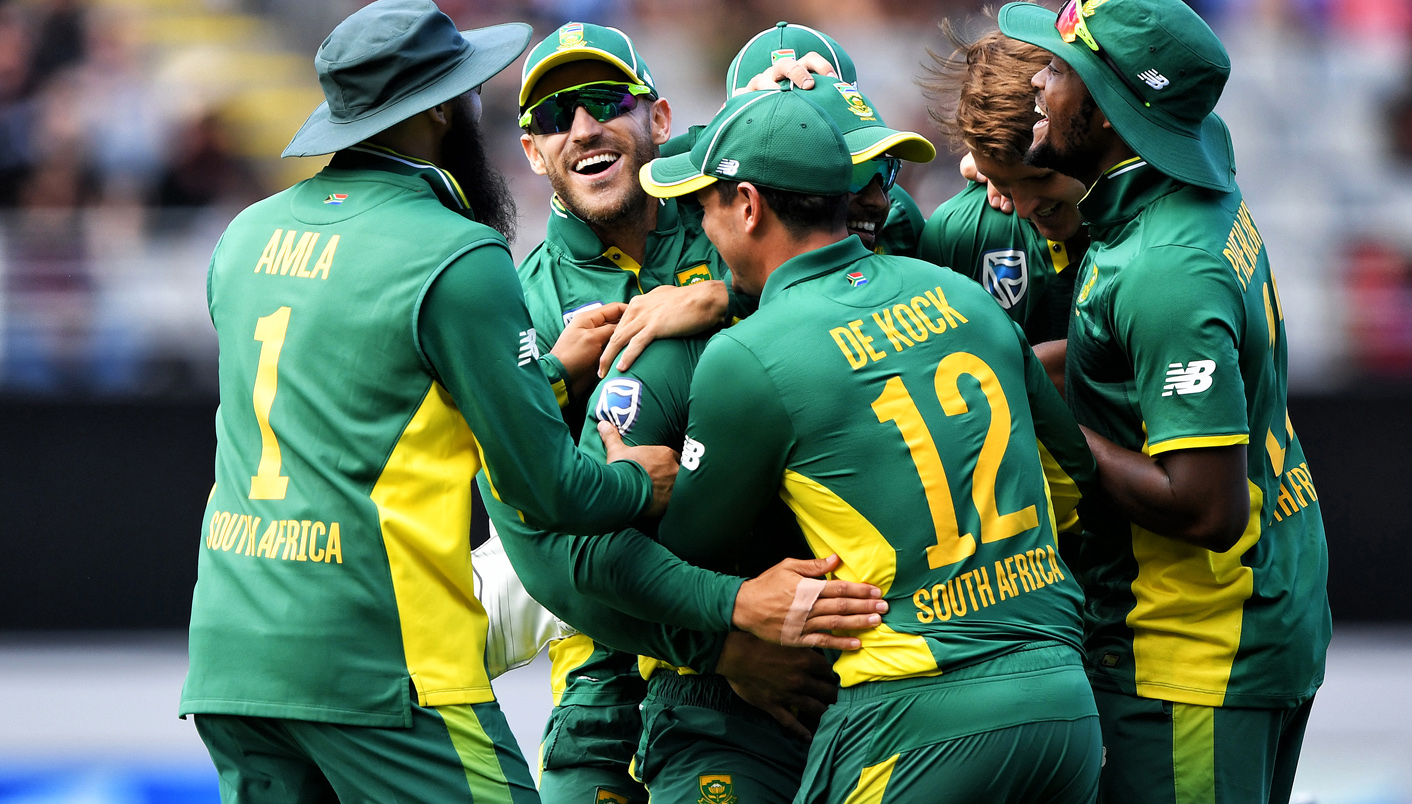 England and South Africa will tussle it out in a three-match ODI series beginning on Wednesday. In the greater scheme of things, it’s little more than a dress rehearsal for the Champions Trophy beginning next week, but that’s all the more reason to try to figure out what we might expect from South Africa in the ICC event. By ANTOINETTE MULLER.

South Africa find themselves in a uniquely luxurious position ahead of the Champions Trophy beginning next week. Not only do they have two warm-up games against county sides under the belt, but they get to play three one-day games against England before the jamboree kicks off.

None of the fixtures will be played at any of the Champions Trophy venues, but it’s a good chance for the players who have not toured the country before to get used to the conditions.

Of South Africa’s 15-man squad, six have never played an international of any kind in England. A few have been on visits with the A-side and others have some experience in county cricket, but for a large chunk of the squad, this is an entirely new experience.

That’s not a bad thing. The blend of youth and experience means there’s enough wide-eyed awe to still get giddy about all this “tournament” stuff and the one-day series against England is merely an appetiser to the main course.

But the Proteas to have one burden to bare. Since the start of 2015, South Africa has a better win/lose ratio of any other team in the one-day format. Heading into this three-match giddy-up, then, that would make them favourites.

England have won their last three home ODI series (against Ireland Pakistan and Sri Lanka), but have won just four out of their last 10 at home. It doesn’t mean that they can be written off, but it does mean that there’s no need to be overly threatened.

In search of dynamism

Over the last eight months or so, the South African one-day side has leapt to lofty heights never seen before. They’ve dug themselves out of crunch situations and engineered a 5-0 defeat over the old Australia foe. There were a few slip-ups against New Zealand, but overall, it seems this team has found its spark. But sparking up in cold, wet, faraway conditions is not quite the same as doing it in front of your home fans. Yes, the United Kingdom might be home to a large chunk of ex-South Africans, but they’ve all adjusted and probably call dinner “tea”. That South Africa has a bunch of dynamic players is not in question; whether they can spark up that dynamism is a different matter entirely.

Who is going to open the bowling alongside Kagiso Rabada? Morné Morkel is back. Chris Morris is useful. Dwaine Pretorius can hold a bat. Wayne Parnell is quick – and a southpaw. It’s almost as if Dale Steyn never existed in coloured clothing, so varied are South Africa’s options in the limited overs format. The addition of Andile Phehlukwayo adds immense value in depth and South Africa suddenly look like they won’t ever run out of options if one bowler has a bad day at the office. There’s also the curious case of the two spinners. Not exactly something you associate with English conditions, but the Proteas might very well view it as something of an X factor. There’s no way they will leave out one of the best white-ball spin bowlers in the world, is there?

What we learnt from the warm-up games

Wayne Parnell opened the batting in the first warm-up against Sussex, scoring 61 off 42 balls. Quinton de Kock chipped in with a hundred at the top of the order and even JP Duminy managed a half century. In the second match, Hashim Amla, Faf du Plessis and David Miller all contributed half-centuries while de Kock managed diddly-squat. The bowlers, too, had mixed returns. In the first outing, everyone bar JP Duminy had an economy rate of over 6.5. Things were a bit more subdued in the second with nobody going at over 6.77, but it’s quite obvious that South Africa was trying to figure out its best combinations. That’s what these games are for, obviously. But it revealed little in what the Proteas’ strategy might be for the upcoming series. What we do know is that they have options – and that’s always useful.

Shaking off the crunch clash cobwebs

South Africa and England will both tell you publicly that they are taking this series very seriously, but in the back of everyone’s mind will be the Champions Trophy starting next week. A series win will be a massive mental advantage, especially since the two sides can only meet again in the knock-out phases of the competition. What will be to South Africa’s advantage is that they have a World Cup winner among them. Kagiso Rabada has been there, done that and will no doubt want to do it all over again.

We already know how destructive Quinton de Kock can be with the bat, but this series and indeed the Champions Trophy that follows, might very well be Andile Phehlukwayo’s coming of age. He bowled more dot balls than any other bowler across the two warm-ups and the tedious English conditions are made for his foxy slower ball and cunning medium pace. That’s quite handy with the bat – especially lower down the order.

AB de Villiers sat out of both of South Africa’s warm-up fixtures, apparently with a “respiratory tract infection”. It was said that he will be fine “after a few days” but don’t be too surprised if he misses the opener.