Analysis: Politics in the Age of Lies 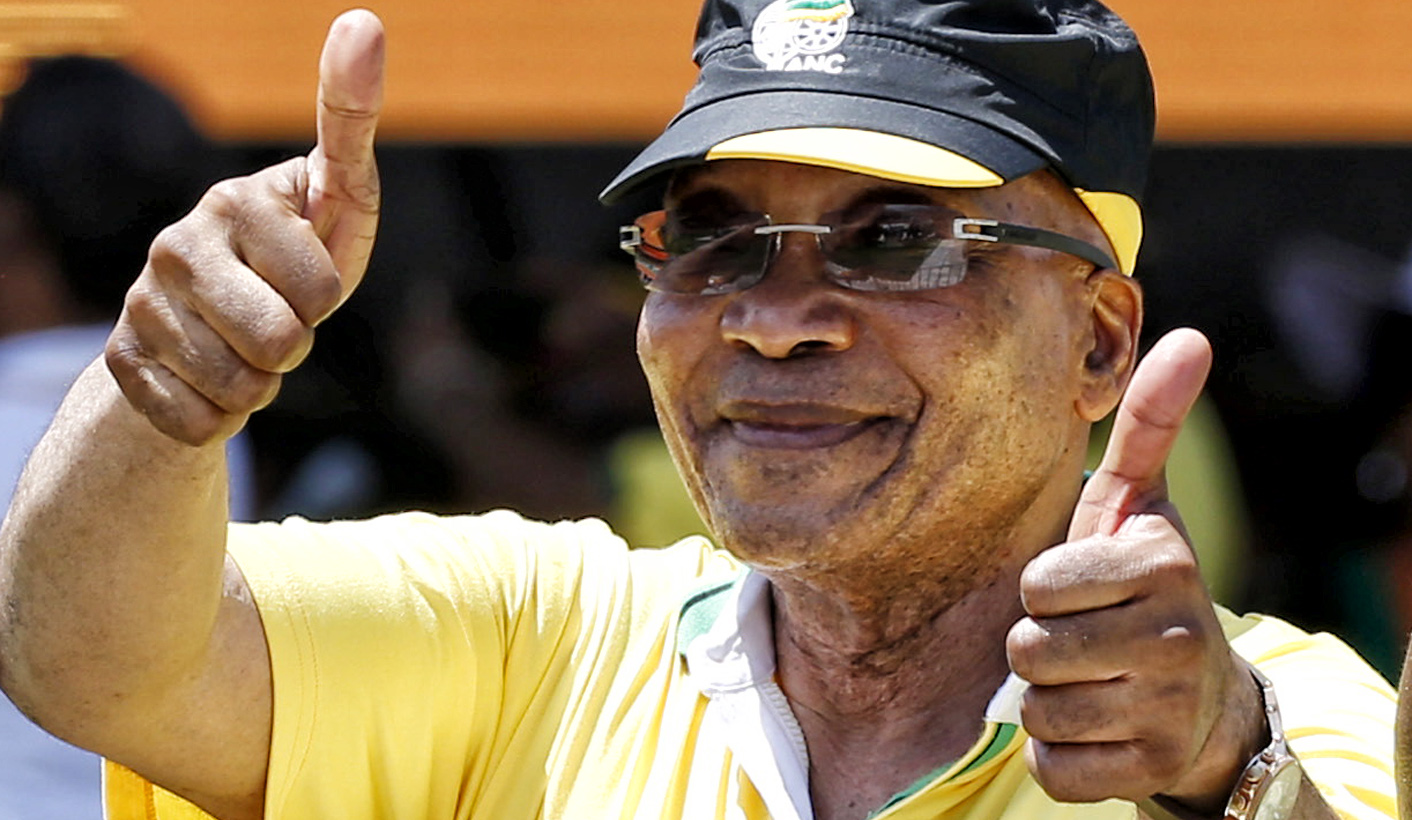 In the headlong rush to December’s ANC leadership contest, and the 2019 election that hovers increasingly menacingly after it, the list of casualties is mounting. The naked ambition is leading to the destruction of both pawns and reputations. But in the middle of this something else is happening: truth itself is now joining the mounting list of casualties. It is getting harder than ever to determine fact from well-orchestrated fiction, to know whether this State Security Minister is lying (on his track record he must be) or whether this story about a “senior minister” and sexy SMSes is on the level (it almost certainly is). It is easy to laugh this off as politicians being politicians. In fact, the implications for our democracy are immense and serious. By STEPHEN GROOTES.

‘Comment is free, but facts are sacred’ – C.P. Scott

It is well known that politicians lie to get ahead. For some, it is simply the name of the game. The art is not so much in lying, it’s in getting away with it. There are different ways to play this game. You can argue about semantics, as Bill Clinton did when he endeavoured to debate what “the meaning of ‘is’ is”. Or it can be the argument that others have used where they base their decision on shady dossiers that are later shown to be “dodgy” or “sexed-up”. Others, such as Donald Trump, have spent years on efforts to create a “narrative” or a context in which their world view prevails, through TV channels such as Fox News, or even, as Zizi Kodwa may agree these days, the Guptas and President Jacob Zuma through ANN7.

But, generally speaking, successful politicians in democracies usually try to avoid the outright lie. And that’s because, if the media is sufficiently empowered and independent, that lie will be shown to be a lie. And voters generally don’t like that sort of thing.

In just the last few weeks some of our senior politicians have been caught pretty much outright in lying. One of the best examples is the “intelligence report” used by President Jacob Zuma as his first justification for the sacking of Pravin Gordhan as Finance Minister. We first heard about it from the SACP just before the reshuffle. When the DA went to court and won an order demanding that it be produced, the Presidency, in a manoeuvre that was truly breathtaking in its Kellyanne Conway-level mendacity, tried to demand that the DA in fact produce it, and then appeared to suggest it did not ever exist. Which is a pity for the Presidency, because we have eyewitnesses to the fact that it does, or at least, once did.

Of course, this is not new for Zuma. As far back as 2009 he claimed that the money he received from Schabir Shaik was a loan. Since then, there is no public evidence or public statement that he has repaid it. Then there was the claim that he was not aware of what was happening at Nkandla, and the repeated claim that he had “full faith in the finance minister”. We could go on.

Unfortunately, it would appear that this habit is contagious to those in close political proximity. Nkosazana Dlamini-Zuma recently told three lies in one go. She suggested during a “cadres forum” in Sasolburg that children at Model C schools were taught that the ANC is corrupt, that some universities refused to allow South Africa to be called a “democracy”, and that banks had given their workers a day off to march against Zuma. None of these was true.

Then, on the Midday Report on Monday, the leader of the ANC Youth League in KwaZulu-Natal, Kwazi Mshengu, flatly denied that any of his members had in any way threatened ANC MP Makhosi Khoza, following her refusal to defend Zuma. Khoza has said she felt unable to go to her home in Durban, because her address had been published on Facebook. But it was in fact an ANC Youth League member, from KZN, who had done the publishing.

Considering the stakes involved, it seems likely that this trend is set to continue, and to get worse (we haven’t even considered the long and complex debate about black ownership of the JSE, or the ownership of land, or even the progress made under the ANC since 1994).

One of the consequences of this is that stories that are true sometimes are just not believed.

Take the Sunday Times story this last weekend that Presidency Minister Jeff Radebe had been in the habit of sending text messages which we will under-describe as “salacious” to a Union Buildings worker about two generations younger than himself. For many, the first instinct upon hearing of it would be to write it off as the work of Zuma’s intelligence services, to shrug and predict that we are going to get more of these stories over the next few months, that by the end of it, everyone will be covered in a thick coating of mud.

Except that to go through the story is to see a well-sourced and very detailed description of what actually happened. The Sunday Times did a proper work of journalism here, and as a result the public has been properly informed about the kind of man Radebe now appears to be. And this does matter. Politicians often campaign on trust: Radebe has tried in the public domain to be one of those people you can believe. What view would you have of a man in his mid-60s trying it on with a woman under 30? And then asking you to entrust him with your vote?

When it appears that all politicians are liars, a tendency can set in to either ignore politics altogether and not vote, or to just vote as one always does. People can hunker down into their identity bunkers, and surround themselves with only those who agree with them, or share the same identity. They will give up following the opinions of people they disagree with, and simply switch off when other politicians try to convince them to change their minds.

If you look through the data of those who did not vote both last year and in 2016, there is some evidence to suggest that this is already beginning to happen.

This means that the epidemic of lying we are suffering through now is likely to have immensely important consequences. That said, if almost everyone lies, it is easy for those who don’t to stand out. Which means there is also a political gain from being seen never to lie and always to tell the truth.

It doesn’t often happen in politics, but perhaps, just perhaps, this epidemic could actually help those who are seen as honest.

In the long term, the ever expanding lies can remind the voters of the importance of truth, competence, care and commitment to public service. Maybe, just maybe, this current epidemic may end up being a necessary fever that will break the much greater disease. It could be a great price to pay, but it may pay off nevertheless. DM