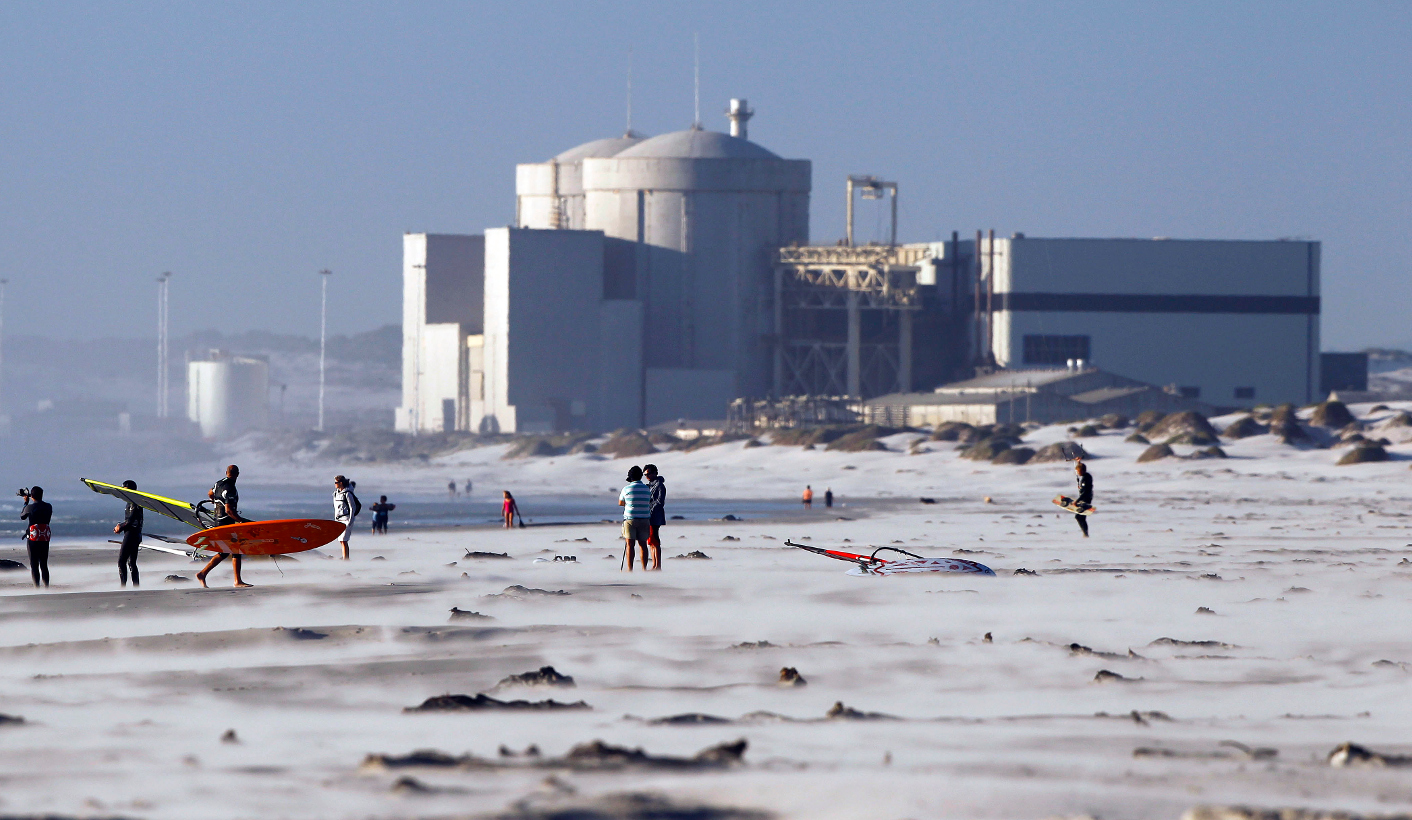 Energy Minister Mmamoloko Kubayi talked a good spring clean during her budget vote debate on Friday, even if nuclear will not be touched. The energy sector is overshadowed by controversies not only over a nuclear build, but also independent power producers and stalled government blueprint plans on electricity and the overall energy mix. Add into the mix governance and financial failures at the state-owned entities, the Strategic Fuel Fund and PetroSA, and it’s not a pretty picture in a sector that contributes R300-billion to South Africa’s gross domestic product (GDP), and provides 90,000 jobs, according to the minister. By MARIANNE MERTEN.

Energy Minister Mmamoloko Kubayi seems to have rolled up her sleeves for the work ahead if her maiden budget speech delivered some five weeks into the job is anything to go by.

The nuclear build programme will start from scratch: from June the process towards inter-governmental agreements Russia, China, United States, France and Korea begins afresh. Earlier this month the minister decided not to appeal a Western Cape High Court judgement that the previous inter-governmental agreements were invalid. “We’ll renegotiate and sign new agreements and submit to Parliament,” the minister said during a media briefing after Friday’s budget vote debate.

Much has been made of a “deal” struck between South Africa and Russia some three years ago during one of President Jacob Zuma’s visits to Russia. And so it was perhaps appropriate the question on delays on nuclear following the court ruling came from a journalist of the Russian Tass news agency. Kubayi did not give a timeline.

Section 231 of the Constitution requires Parliament to approve international agreements. This was never done by Kubayi’s predecessor Tina Joemat-Pettersson, who after months of secrecy over the agreements finally published them on June 11, 2015 in Parliament’s record of work, the Announcements, Tablings and Committee Reports (ATC). However, nothing further happened to process these agreements amid the Energy Department’s public statements, also in Parliament, South Africa would have a strategic partner in place by the end of the 2015/16 financial year. It ended on March 31, 2016 with no such announcement. It later emerged Eskom had reclaimed the nuclear process, issuing requests for information in December 2016.

But Kubayi remained committed to nuclear as part of South Africa’s energy mix, alongside renewable energy and, in the long-term, shale gas fracking in the Karoo. “We have an energy mix … All have a role to play,” she said, adding later: “We might not build nuclear for capacity for today, but the future”.

And this is where it gets tricky. The draft Integrated Resource Plan (IRP), the national electricity blueprint, shows nuclear will not be needed until 2037. The plan was not updated for five years until 2016 and although public hearings have been held, the IRP will not go before Cabinet for approval until sometime in the first three months of 2018.  Questions are being raised whether this is not a case of stalling by those intent on a nuclear build despite its estimated costs of up to R1-trillion.

There are troubles also elsewhere on the energy front. A task team of officials from the Energy Department and Eskom, which falls under Public Enterprises, are looking to resolve a stalemate over independent power producers (IPPs). The power utility earlier this year declined to sign agreements with 37 additional IPPs, citing concerns including that of costs. The task team is to report back to Kubayi from June. This comes as Eskom has noted a drop in electricity demand, whether that is because of greater awareness sparked by loadshedding of three years ago or the rising cost of electricity, remains unclear.

There will be a restructuring at the Central Energy Fund (CEF), which will see the Petroleum Agency of South Africa and the African Exploration Mining and Finance Corporation move to Mineral Resources. Energy Director-General Thabane Zulu will take over as acting chief executive officer at the Strategic Fuel Fund, long headed by the CEF CEO in an acting capacity, amid the unfolding official fall-out over the fund’s sale, in December 2015, of South Africa’s 10 million barrels of oil reserves at bargain prices, well below the international going rate.

The report, already with Kubayi, is set to be shared with MPs of the energy committee later this month. She blew the lid on this sale, which Joemat-Pettersson had described as a “rotation”, during an energy committee earlier in May. While energy committee chairperson, ANC MP Bongani Majola, welcomed this and called for strong steps to be taken against wrong doers, opposition MPs were less kind.

Both the DA and EFF said Kubayi’s predecessor had “lied to Parliament”, and while ANC MPs rose on points of order that this was unparliamentary, there was nothing to be done as Joemat-Pettersson resigned as MP after being sacked, and thus was no longer a member of the House who enjoyed such protection.

Both opposition parties called for a parliamentary inquiry into PetroSA, for which government has incurred liabilities totalling R16.2-billion.

If PetroSA collapsed, DA MP Gordon Mackay said, Finance Minister Malusi Gigaba would have to scramble to source that cash within 30 days as the guarantor. “Perhaps even more alarming than the complete lack of any strategic reflection (by PetroSA)… is the fact that the directors of PetroSA were paid R17.3-million in bonuses in the last financial year, which would be funny chair, if hundreds of South Africans were not about to lose their jobs and livelihoods because of the blatant mismanagement and self-enrichment of PetroSA’s directors and board,” Mackay added.

While Kubayi said she was “unhappy” with the state of play at PetroSA, she declined to give further details. There’s another report for action.

But what would a budget speech be without an endorsement of radical economic transformation. And to this end not only would Energy look into establishing a private-public partnership to acquire a refinery, but also focus on boosting the participation of women in petroleum retail.

It was “appalling” only 10% of retailers were women, the minister said: “I cannot allow this to continue. I would want to see this figure double to at least a realistic 20% by 2020”. And what better time than women’s month in August to hold an economic transformation lekgotla! DM