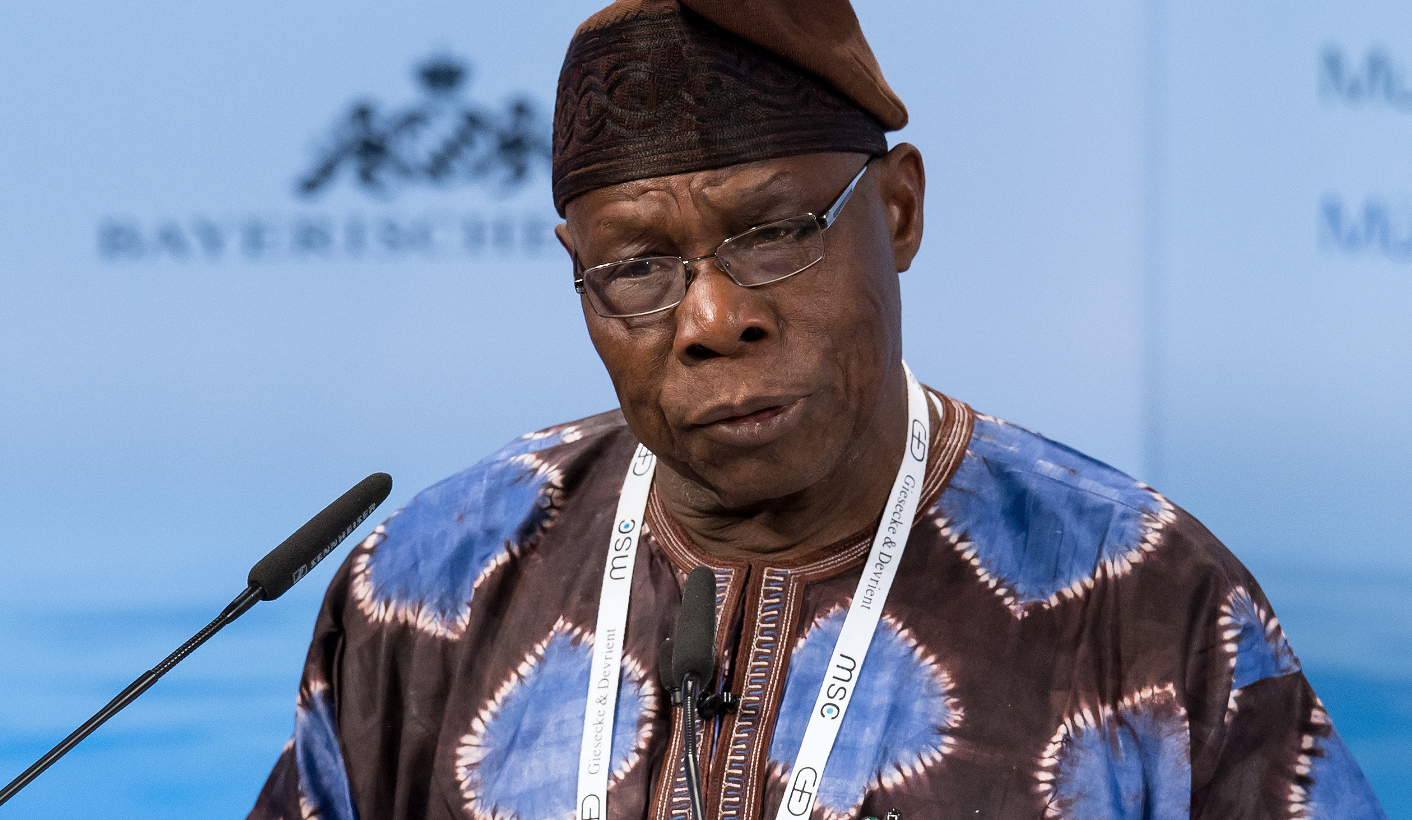 Former Nigerian President Olusegun Obasanjo has just co-authored a practical handbook on Making Africa Work. And it includes some sage and wily DIY advice to the continent's leaders on how to pre-empt military coups. By PETER FABRICIUS.

Obasanjo should know about coups. As he acknowledged at the launch of his book in Johannesburg this week, he himself benefitted from one of Nigeria’s many military takeovers – the one in 1976 when disaffected army officers assassinated his boss, military leader General Murtala Muhammed and transferred power to him.

“But I never participated in a coup,” Obasanjo said – a moral distinction generally accepted as true. “However I know how they are planned…”

Back in 1976 Obasanjo, vowed to restore Nigeria to civilian rule by 1979 – and was as good as his word. But the civilian President Alhaji Shagari who was elected that year was deposed just four years late in a bloodless coup led by General Muhammadu Buhari (Nigeria’s current civilian president).

Nigeria suffered under military leaders for the next 16 years until one of the worst of them, General Sani Abacha, died – peacefully – in 1998 and his successor, General Abdulsalami Abubakar released Obasanjo, who had been imprisoned by Abacha for plotting a “phantom coup” against him, and other political prisoners from jail.

He also arranged elections in 1999 elections which restored civilian democracy. Obasanjo won and so returned to State House, this time without his uniform.

His first priority was how to stop the destructive cycle of coups which had bedevilled Nigeria since independence from Britain in 1966. He decided that explicitly barring coups in the constitution was not the answer.

“A coup is treasonable punishable by death only if it fails. And yet it puts the plotter in the State House if it succeeds,” he notes in the book, which he co-authored with Brenthurst Foundation director Greg Mills, US Africanist Jeff Herbst and retired British army general, Dickie Davis.

So Obasanjo chose instead the path of guile. He asked the military authorities to submit a list of all officers who had either participated in coups in the past or benefited from them by being appointed as governors or ministers.

“I told the military authorities we might need them,” he said with a sly grin. Instead, he immediately retired the full list of 93 military officers, giving them six hours notice to leave their posts, on a Friday.

They were ordered not to spend that Friday night in uniform or in barracks. “As a battle-tested and war-victorious general I knew that an officer out of uniform and out of barracks is like a fish out of water and their power and influence would be greatly diminished.”

“If I had given them wind of what I planned to do, they would have retired me instead,” he quipped.

Obasanjo did not otherwise punish the fired officers or bar them from re-entering the civil services as civilians, as many did. He claims his action ended Nigeria’s cycle of coups and its certainly true there haven’t been any since.

The book’s cover says it’s a “handbook for economic success” and Mills stressed at the launch that it was intended to be a practical manual for Africa’s leaders “which doesn’t deal with past choices that are no longer available.”

Quoting John F. Kennedy, Mills said the aim was not to fix the blame for the past but to seek solutions for the future. He added that the book had grown out of 12 years of the Brenthurst Foundation’s work in advising African and other leaders and governments on how to solve their countries’ most intractable problems.

Mills said in those 12 years he had read many national development plans that contained endless lists of worthy “priorities.” The trick though, was to choose just a few real priorities from among all these.

Obasanjo agreed, recalling how Lee Kuan Yew, the founding president of Singapore – and architect of its astonishing economic boom – had once advised him and several other African leaders at a retreat to “do a few things right and keep doing them right.”

“I told my fellow-leaders that’s the takeaway. Go home and discover what you’re doing right and continue doing it. “

He himself discovered that Nigeria had been doing basic education and health care right but had stopped doing them right and so that’s what he started doing again.

The book notes that Africa will double its population to two-billion by 2045, more than half of whom will be living in cities and most of whom would be young.

“Properly harnessed and planned for, these are positive forces for change. Without economic growth and jobs, they could prove a political and economic disaster,” it says.

Obasanjo said his greatest fear was not Boko Haram, militants in the Niger Delta or secessionists, but “uneducated, unskilled, unemployed youth.” They could ignite a massive explosion that would cut across religious, class, political and ethnic lines. DM