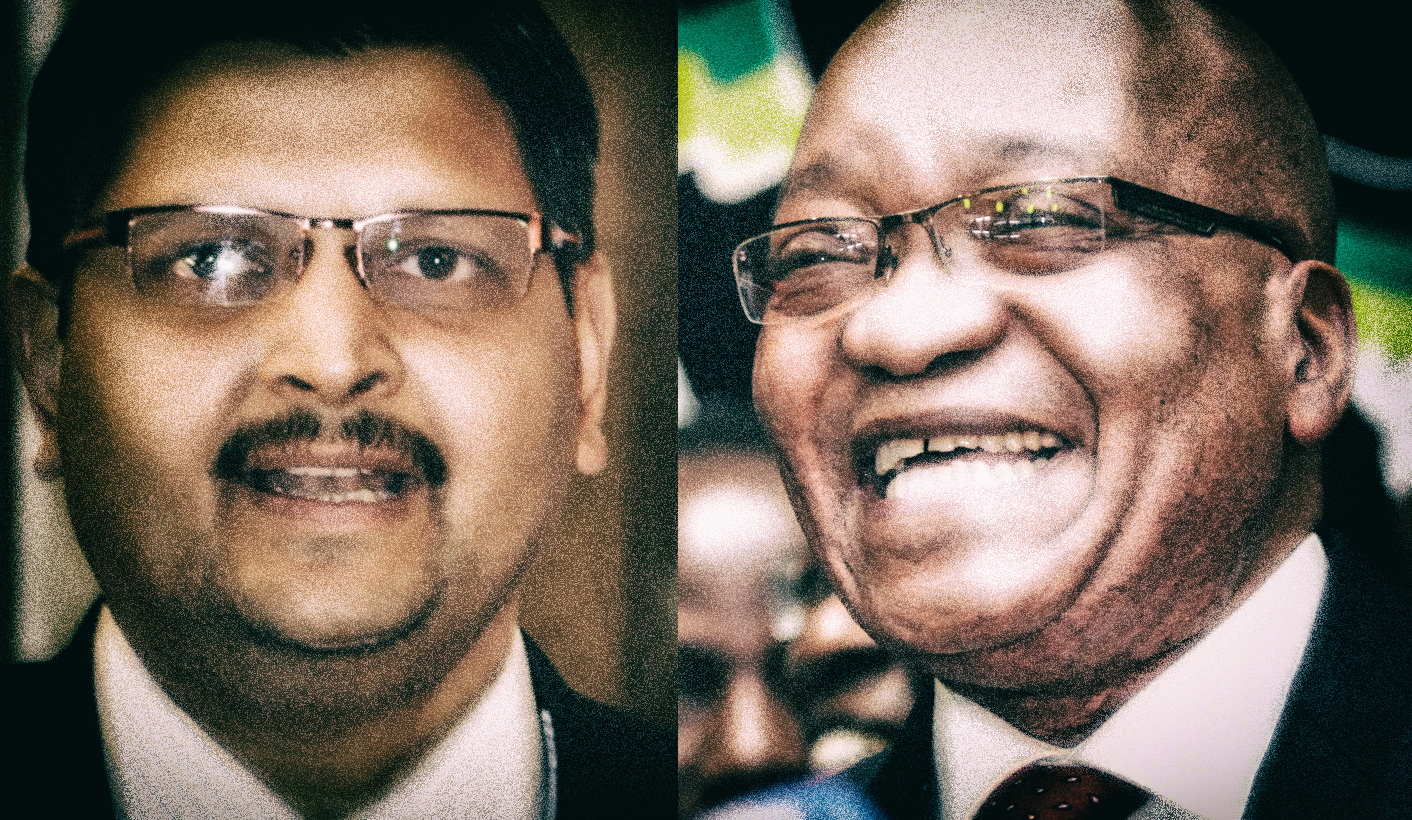 After discovering how it was dangerous to throw around the term “radical economic transformation”, Finance Minister Malusi Gigaba told Parliament the ANC has not yet defined what radical economic transformation would entail. Well, it has only been under discussion for five years and it is used more as a crutch than a possible policy umbrella. Delivering the fifth annual Mapungubwe lecture on Tuesday, former Deputy Finance Minister Mcebisi Jonas warned that as the ANC’s 54th national conference approaches, it would become more difficult to subject the radical economic transformation discussion to “democratic public reasoning”. Policy positions are once again bound to become proxies for factions – particularly the one sponsored by that powerful family running the state. By RANJENI MUNUSAMY.

With each damning revelation about the Gupta family’s interference in state affairs and the enormous benefits they derive from doing so, society seems to become more fatigued and less outraged about the further capture of the state. The revelations this week by former Mineral Resources Minister Ngoako Ramatlhodi that Eskom chairman Ben Ngubane and on again-off again CEO Brian Molefe told him to cancel the Glencore mining licences should have stopped traffic. They certainly should have led to a crack team investigation by the police anti-corruption unit as this appears to link directly to Glencore being strong-armed into selling the Optimum coal mine to the Guptas.

Instead, the Guptas, through their news channel ANN7, are trying to kill the story by claiming that Ramatlhodi had “disowned” the report by investigative unit amaBhungane that Ngubane and Molefe had tried to use him to blackmail Glencore. Since the story broke on Tuesday, surrogates of the Guptas have also tried to discredit the revelations, questioning Ramatlhodi’s timing. Questioning why Ramatlhodi only went public now is valid, but should not detract from the sensational exposé about the brazen hijacking of a company using highly placed connections in the state and a parastatal.

Although the ANC has to grapple with the issue of radical economic transformation at its national policy conference, it is no longer in control of the conversation. In truth though, this was a problem long before Bell Pottinger bastardised the term.

The ANC policy conference in 2012 took the following resolution:

“This second phase of the transition should be characterised by more radical policies and decisive action to effect thorough-going and continued democratic transformation, as well as the renewal of the ANC, the Alliance and the broad democratic forces.”

Two years later, ahead of the 2014 national elections, the ANC threw the term about liberally on the campaign trail. After the elections, the ANC said its continued majority “was a mandate to implement radical economic transformation”. When journalists asked ANC Secretary-General Gwede Mantashe at a post election media briefing what radical economic transformation was, he said that was not the time for “conceptual clarity”.

It still isn’t, apparently, a month before the next policy conference.

The ANC’s 2012 policy conference was defined by a proxy debate over the title of the main Strategy and Tactics document. The document initially referred to the innocuous sounding “second transition”. For days delegates quibbled over this and the phrasing of a resolution on nationalisation. It seemed utterly bizarre until it became clear that this was a proxy fight between the Zuma faction and the “Anything But Zuma” campaign, which later became known as the “Forces of Change”.

The Anything But Zuma camp prevailed at the policy conference, managing to change the Strategy and Tactics document to the equally innocuous sounding “The Second Phase of the Transition” and securing a firm resolution on nationalisation. But by the time the 53rd conference in Mangaung came around, the Zuma camp ground the nationalisation resolution to dust and trounced the Forces of Change in the elections.

The Second Phase of the Transition in still stuck in purgatory.

With a few weeks to go before the commencement of the national policy conference, former Deputy Finance Minister Mcebisi Jonas is warning of the possibility of factions fixating on another useless proxy debate. Delivering the Mapungubwe Institute for Strategic Reflection fifth annual lecture on Tuesday, Jonas also flagged the risk of populism hijacking the policy discussions.

“Unfortunately, as we approach the December conference, it is becoming ever more difficult to subject radical economic transformation to what Amartya Sen calls ‘democratic public reasoning’. Policy positions are seen as proxies for factions, which themselves are cast as representatives of competing elites,” Jonas said.

“Populism denies complexity, denies constraint, and denies risk. It distracts attention from the real issues that must be addressed, and, as evident in the current context, closes down space for democratic dialogue and conversation.”

Quoting a British research paper on populism, Jonas said populism offered “absolute creative freedom to the bullshitter to come up with whatever the audience would enjoy hearing.

“Hence its appeal to desperate politicians and the massive traction it enjoys among electorates. We need the wisdom and the courage to resist the bullshit, especially bullshit that divides us as South Africans,” he said.

At the top of the pile of bullshit sits radical economic transformation, still waiting to be defined and implemented. Sadly, as it does so, South Africa remains in desperate need of urgent interventions to tackle structural inequality and a high rate of poverty.

Presenting a more elegant argument, Zuma’s adviser in the Presidency, Vuso Shabalala, writes in Daily Maverick that radical socio-economic transformation was not about reversing the clock of history.

“It is about finding the best solution for the present and future. Radical socio-economic is also not about cutting South Africa off from the rest of the world. It is about finding a balance in the global economy to benefit all,” Shabalala said.

“We appreciate that the very history of racial divisions underlies the continuing fears of the section of society that has benefited from the underdevelopment of the other. The best price would be for all of us to collectively develop solutions for the future.

“There are mutual and entrenched suspicions among the social partners, business, labour and government. However, from a rational position, all should appreciate the medium- and long-term benefits of building a common future today,” writes Shabalala.

As noble a goal as that might be, the danger now is that “radical economic transformation” could go from a proxy debate in the ANC to a convenient cover for the continued Guptarisation of the state. Until there is a proper breakdown as to what is to be transformed radically and the policy implications, it could continue to mean anything to anybody.

There is absolutely no doubt that South Africa’s economy needs to be transformed to be more inclusive of those who are currently excluded from it. But in doing so, we need to ensure that this does not open the state to further plundering. The corrupt racket that has captured the state is also trying to control the conversation, using radical economic transformation as the trending topic.

Resisting the bullshit, as Jonas warned, is crucial. DM