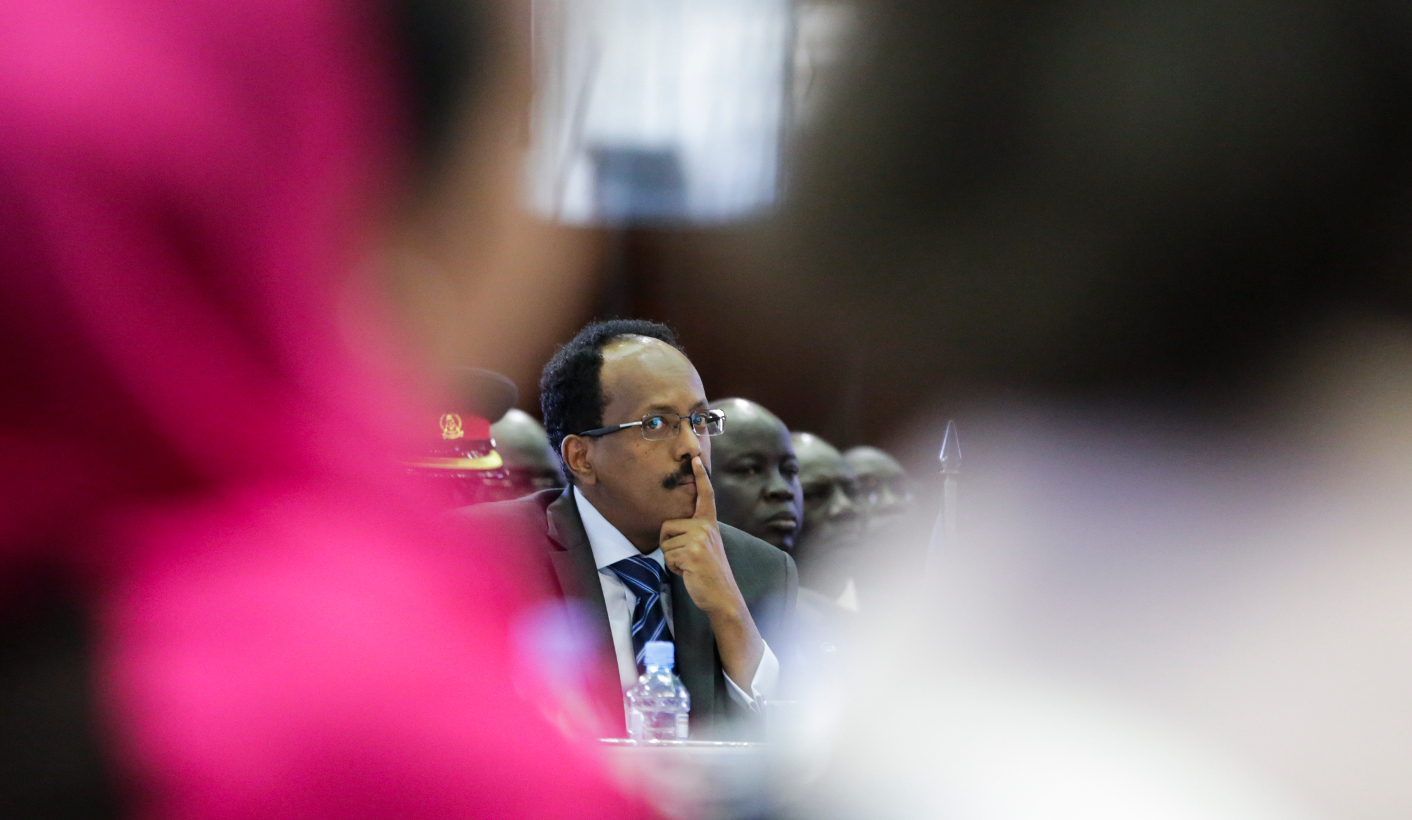 Drought, a lack of security and inclusive politics, unemployment and poverty, piracy and the terror group al-Shabaab continue to plague Somalia. And while there has been progress in addressing these challenges, it isn’t enough.

To this end a New Partnership for Somalia (NPS) and a Security Pact were unveiled at the 11 May London Conference where representatives from over 40 organisations and nations gathered to measure progress and reaffirm international commitments in pursuit of a stable and secure Somalia.

The NPS outlines the relationship between the international community and Somalia over the next four years, and the Security Pact sets out a vision for Somalia-led security institutions, building on last month’s agreement between the Somali Federal Government and its Federal Member States (FMS) on the nation’s National Security Architecture.

The main themes at the conference, co-hosted by the Somali government, the UK, the United Nations (UN) and the African Union (AU), were strengthening national security, inclusive stable politics and economic recovery. The drought and risk of famine also played a prominent role, with UN Secretary-General António Guterres calling for an additional $900-million in humanitarian aid.

Somalia has come a long way since 2012, but a review of key areas of progress shows how much further there is to go. The country has, for example, undergone two successful political transitions, but overall participation has been limited. The federalisation process has gained significant momentum with the formation of all the FMS, but this is dampened by border disputes and the emergence of spoilers who feel left out by the process.

Piracy, a major driving force behind the first London Conference, has dropped – but the recent flare-up calls into question the sustainability of these efforts. Economic recovery has occurred, but much of this is diaspora-driven, unregulated and concentrated in urban centres, while unemployment and poverty remain major concerns.

And while the African Union Mission in Somalia (Amisom) has taken back large stretches of territory from al-Shabaab, the terrorist organisation remains a major security threat to Somalia and beyond.

Given Amisom’s planned withdrawal from the country by 2020, the Security Pact is a crucial outcome of last week’s London Conference. Amisom has stuck to its dates for withdrawal, but there were signs in London that this may be loosening. Kenyan President Uhuru Kenyatta, whose nation has been the most affected by al-Shabaab violence outside of Somalia and is one of the major troop and police contributors to Amisom, said on the eve of the conference that Kenya couldn’t leave the country until al-Shabaab had been defeated.

It remains to be seen how this plays out. An upcoming joint AU-UN review of Amisom’s mandate after 10 years of operations will play a pivotal role in determining the future of the mission. The international community also largely held off on making specific security-related funding commitments, preferring instead to wait until a follow-up conference in October.

But these outcomes aren’t enough on their own – implementation is key, and is often complicated by Somalia’s own local dynamics. The endorsement of the National Security Architecture, for example, while a significant achievement, bypasses local concerns expressed within Somalia’s newly chosen Parliament about the prominent role of the FMS in the formation of the Somali National Army.

These complex dynamics within Somalia don’t get discussed in detail at one-day international conferences, but the international community is trying to keep pressure on by providing monitoring mechanisms and regular High Level Partnership Forums. The documents and road maps are also more detailed than in the past, and Somalia is in a better place than in previous years.

And the newly elected President Mohamed Abdullahi “Farmajo” Mohamed has been given both the momentum and mandate to pursue an ambitious agenda around development and security reform.

But many international conferences and laudable documents have come and gone. They more or less all referred to security, economic recovery and the need to rebuild institutions, but translating the agreements into coordinated actions is often the problem.

There is no quick fix for Somalia, and the Security Pact acknowledges this, laying out a process up until 2027.

At the end of the day, Farmajo will have to return to a country that still suffers from clannism, entrenched corruption, poverty, a lack of political will on behalf of certain actors, and unsteady relations with federal entities, punctuated by previously stalled national force integration agreements.

Implementation also requires genuine international cooperation and buy-in from all partners. Countries that pursue independent security interests in Somalia, such as the United States’ focus on counterterrorism or Kenya’s desire for a buffer region along its border, may not always put their own interests aside in the spirit of increased cooperation. (This is all the more pertinent in the wake of the Donald Trump administration’s staunch military focus on Somalia.)

Farmajo noted all of these issues, referring to previous international conferences on Somalia, but said that “today’s events are different because I can assure and reassure you that Somalia will never turn back to its difficult past”.

To achieve this, Farmajo will have to fundamentally alter local dynamics. If he succeeds, London lll will be regarded as a major turning point in Somalia’s development. If not, it will go down as just another well-intentioned international conference among a host of other stymied initiatives. DM

Photo: Somalia’s President Mohamed Abdullahi Mohamed (C) looks on as he follows the proceedings of a special summit of the Intergovernmental Authority on Development (IGAD) assembly of heads of state and government on Somalia refugees held in Nairobi, Kenya, on 25 March 2017. Photo: EPA/DANIEL IRUNGU