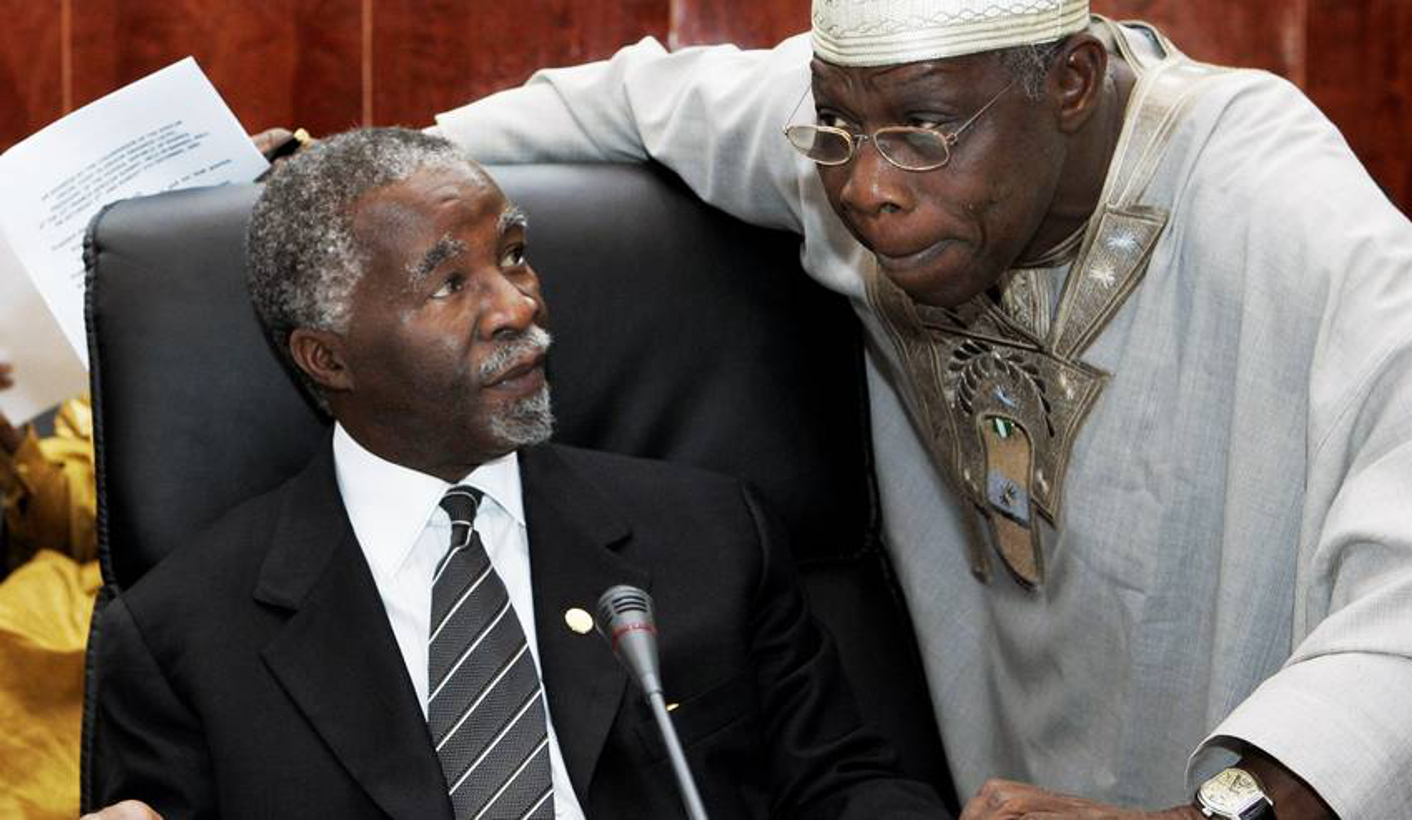 Will this rare introspection make any difference to the disastrous exploitation of natural resources? By Peter Fabricius for ISS TODAY

African leaders tend to lay the blame on others for the “resource curse” – the way the continent’s natural resources have mostly bred rampant corruption, enriched elites and triggered civil conflicts, rather than lifting Africa’s people out of poverty. The usual – and obvious – prime culprits have been the multinational companies that extract those resources.

But at the 6th Tana High Level Forum on Security in Africa in Ethiopia last month, current and former African leaders were unusually candid in acknowledging what just about everyone else knew anyway – that it is African governments themselves who must bear the greatest responsibility for the abuse of the continent’s resources.

Over the last two decades, debate on the governance and management of Africa’s natural resources has intensified because of the increasing evidence that these resources are financing conflict and corruption. A case in point was the brutal civil warfare in Liberia and Sierra Leone which coined the expression “blood diamonds”. This spurred civil society in Africa and abroad to create, in 2003, the Kimberley Process to certify that only bloodless diamonds which did not finance armed rebellion, entered the marketplace.

Meanwhile the growing intolerance of the way many African leaders were siphoning off the proceeds of resource sales into private bank accounts prompted the foundation, also in 2003, of the Extractive Industries Transparency Initiative. The initiative encourages volunteer governments and private companies to publish their resource transactions.

Yet the Tana Forum heard that, 14 years later, resources were still largely a curse rather than a blessing for most Africans.

Alfred Dube, Director of the Addis Ababa office of the Institute for Security Studies (ISS), who attended the forum, cited the example of Guinea where the huge Simandou iron ore mining project has been mired in allegations of corruption, expropriation, corporate espionage and multimillion law suits in the United States and Europe. Rio Tinto, Vale of Brazil and BSG Resources owned by the Steinmetz family trust and the government of former Guinean president Lansana Conté are allegedly involved.

Until Obasanjo and Mbeki suggested they point the finger inwards instead.

That changed the tone, Dube said, leading, eventually to a “dynamic, frank and fearless” debate, with a wide acknowledgement that the resource curse was largely the result of a serious leadership deficit in the African countries concerned. And that sustainable and mutually beneficial investment was only possible in a politically and economically stable environment.

“Instability is very expensive to any investor,” Dube said. “A resource-rich country in the grip of conflict and terror will more likely attract the cowboys and the criminals, who seek only cash and quick profits. They collude with local elites who care less for the toiling masses who are often the victims of armed militias that are either employed by illegal mining and logging syndicates, or operating for themselves.

“Poor natural resources governance and management in Africa is a consequence of a complex set of dynamics, which should not be attributed only to foreign multinationals. Our own poor state of governance; rampant corruption and greed in the negotiation of rights to mining, logging or fishing, which are always cloaked in secrecy, is largely responsible.”

The forum outcomes document noted that multinationals were too often given excessive investment incentives such as huge tax breaks and that these should be reviewed. But African governments had to take responsibility for this too, Dube said, noting that African governments were naïve to think mining companies were not in it for their own profit.

‘Many countries have lost in negotiations. You don’t just sit with De Beers executives and think you can use your status as Head of State alone to conclude a mining deal,’ he added, referring to his own country Botswana and its hard-nosed negotiations with the South African diamond giant De Beers for an equitable share of Botswana’s diamond earnings. ‘You need a good negotiating team.”

Such observations lead to one of the major decisions of the forum – that African countries should pool their experiences and develop a common legal template for negotiating better deals with mining, oil and other natural resource corporations.

The outcome document also insisted on beneficiation along the entire value chain, and that rent seeking behaviour and illicit deals between ruling elites and multinational companies should be outlawed. Other decisions were that deals should be transparent, income from fair taxes and levies should go directly into the treasury for national development, and regulations for environmentally sustainable methods of exploitation of natural resources were needed.

The forum agreed on multi-national cooperation across regions to improve exploitation of natural resources in border areas to mitigate the spillover effects of abusive exploitation. Botswana as well as Norway and Canada were cited as examples of countries which had exploited their natural resources for the benefit of their entire populations and not just the elite.

The African Union has also taken up the cause. Last year it drafted its Mining Charter which covered some of the same ground as the Tana Forum, stressing the need for transparency in mining deals and ensuring African countries negotiate bigger shares of their own resources with natural resource companies.

But will these good intentions ever materialise, or will they simply wither on the vine, as so many do after Africa’s innumerable well-intentioned conferences? Dube was cautiously optimistic that this one might be different, because of the presence of several current leaders.

Stephanie Wolters, head of the ISS’s Peace and Security Research Programme is more sceptical. She notes that the coordination among African states over shared resources proposed by Tana has a long way to go, citing as examples continuing disputes over resources, such as between DRC and Angola over offshore oil, and DRC and Uganda over oil deposits in Lake Albert.

This is clearly a space to be watched, very closely. DM