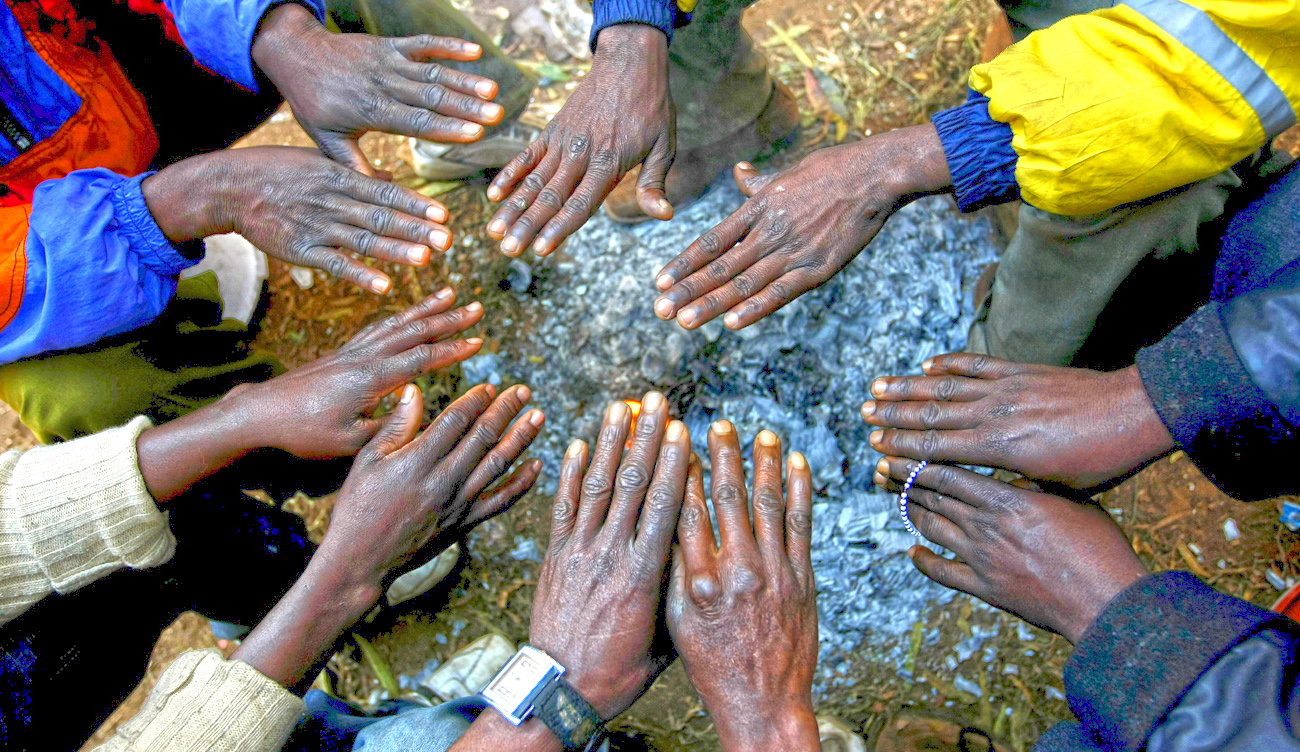 Women in South Africa regularly face danger and violence. Gruesome and horrifying accounts of harassment, abuse, kidnapping, rape and murder have exposed the reality. There are practical interventions that could help address the long-standing crisis. By GREG NICOLSON.

Twenty-two-year-old Karabo Mokoena was allegedly murdered by her 27-year-old boyfriend Sandile Mantsoe and stuffed into a bin before she had acid poured on her, was necklaced and set alight. Her body was tossed into a dumping ground. The Sunday Times article by Athandiwe Saba exposing the details of Mokoena’s abominable murder ended with a chilling list. It named 13 women or girls recently killed by men.

Mokoena’s family have reportedly called for her death to be a message against gender-based violence (GBV). On social media, #MenAreTrash has seen women share their experiences of abuse and rally against patriarchal values causing and supporting violence. President Jacob Zuma, in a statement on Tuesday, said the frequency of attacks committed by family members or intimate partners is concerning (remember the Khwezi case?)

“The nation must forge a united front with the law enforcement authorities, government and all sectors of society in fighting this appalling scourge and isolate these criminals in society but within the ambit of the law,” said Zuma.

The scourge is rampant. On Tuesday it was reported that 11 suspects were arrested for gang-raping a 22-year-old woman in Johannesburg. SAPS crime statistics last year recorded 51,895 sexual offences, a decrease that was received as potentially worrying, given that reported rapes are estimated to be as high as seven times those reported. A Statistics South Africa report released on Monday painted a bleak picture of women and violence. A look at the court roll reveals the grim reality of violent masculinity.

The only government intervention Zuma noted was a toll-free, 24-hour GBV hotline (0800 428 428), but NGOs and civil society groups working in the sector are calling for the recent outrage to translate into practical interventions to tackle the horrors women face. Government supports a number of interventions, but its leaders have been noticeably quiet recently.

The outrage, which rises up intermittently according to the latest horror, although confronting, must also be accompanied by action.

Civil society organisations have pushed the state, for years, to adopt a national strategic plan on gender-based violence (NSPGBV), similar to the plan tackling HIV/AIDS. Marike Keller, policy development and advocacy co-ordinator at Sonke Gender Justice, said current strategies on confronting violence are underfunded and unco-ordinated. She said a national plan “will align the country around a set of clear strategic priorities and create an accountability mechanism for the performance of government, the private sector and civil organisations, in addressing GBV.”

Keller said the plan would give stakeholders a voice and lead to specific goals and timelines. It would provide a budgetary outline for realistic and effective implementation. Underfunding is an important issue and a budget could provide for more Thuthuzela Care Centres, a crucial service for sexual assault victims, in rural areas, training social workers, and interventions teaching men and boys about gender equity. A national plan would also hold leaders accountable to their commitments, said Keller.

The government has a plan to tackle the violence. It’s called the Integrated Programme on Violence Against Women and Children. But Keller said it wasn’t budgeted, didn’t include issues dealing with males or LGBQTI persons, and wasn’t consultative. A review of the integrated programme, which targeted 2013-2018, was meant to be conducted in 2016 but it’s unclear if there was any progress.

“The strategic plan will ensure set time frames, resources and responsibilities to end violence against women. The plan will ensure that a thorough baseline survey is conducted on GBV to enable effective response for prevention. It will enable extent, effect, response and prevention of GBV to be clearly defined and tackled,” said Gender Links alliance and partnership manager Sifiso Dube.

Proposals for a new national strategy on GBV have struggled to gain ground. “The hold-up is that there simply doesn’t seem to be a political will to address GBV. It simply doesn’t seem to be on the agenda,” said Keller. “We are aware that the department of women is holding dialogues in South African provinces on the GBV-related needs of communities. We do not know, however, what the next steps will be.”

There are some questions as to whether the national strategic plan (NSP) is the way to go. Dr Andrew Gibbs from the Medical Research Council, who also works with the initiative What Works to Prevent Violence, said, “An NSP for GBV may give some sense of cohesion to the many, many different government departments doing things around GBV prevention and response and sense of strategic emphasis but it would have to carefully balance a range of interests and political dynamics and really have some teeth in government to drive things forward.”

But those working in the sector are adamant there needs to be greater support for current initiatives. Keller said there needs to be a rollout of prevention interventions to address harmful gender norms and violent masculinities driving the violence. She said support for survivors of GBV is “severely lacking” and must urgently be increased.

“If a government is committed to end GBV, the political discourse, resources, programmes will show political will to end this social ill. Legislation may be there on paper but this has to be balanced by changing attitudes through raising awareness and mobilisation at a community level,” said Dube. She also noted challenging cultural justifications for GBV, preventing societal apathy, and ensuring there is funding for shelters, protection services, legal aid, and training programmes.

Gibbs said it’s generally known which interventions help combat GBV, but the problem is implementing them on a larger scale through government structures. “There is a massive amount of working being done by small (and large) civil society organisations, but these often rely on decreasing donor funding. So there’s a need to expand these interventions and imbed them in current government structures.” He said government initiatives like the Expanded Public Works Programme (EPWP) and Community Public Works Programme (CPWP) could be harnessed to support positive anti-GBV initiatives.

Gibbs noted a number of initiatives that he said are working. To prevent violence, there’s Stepping Stones, which targets youth and promotes sexual health and reducing partner violence. The IMAGE project provides microfinance and gender transformative training for women.

On responses to violence, Gibbs said the country has a strong framework but prosecutions are extremely low after reports to police. He said post-rape kits are important for ensuring charges stick and supported the efforts provided to sexual assault survivors by the Thuthuzela Care Centres.

Gibbs said outrage can highlight society’s male dominance and the resulting violence, but it needs to lead to significant government responses and support civil society interventions to have any benefit. Otherwise, high-profile cases will only divert attention from the reality – “how many women and girls are killed each day by their partners or fathers”. DM