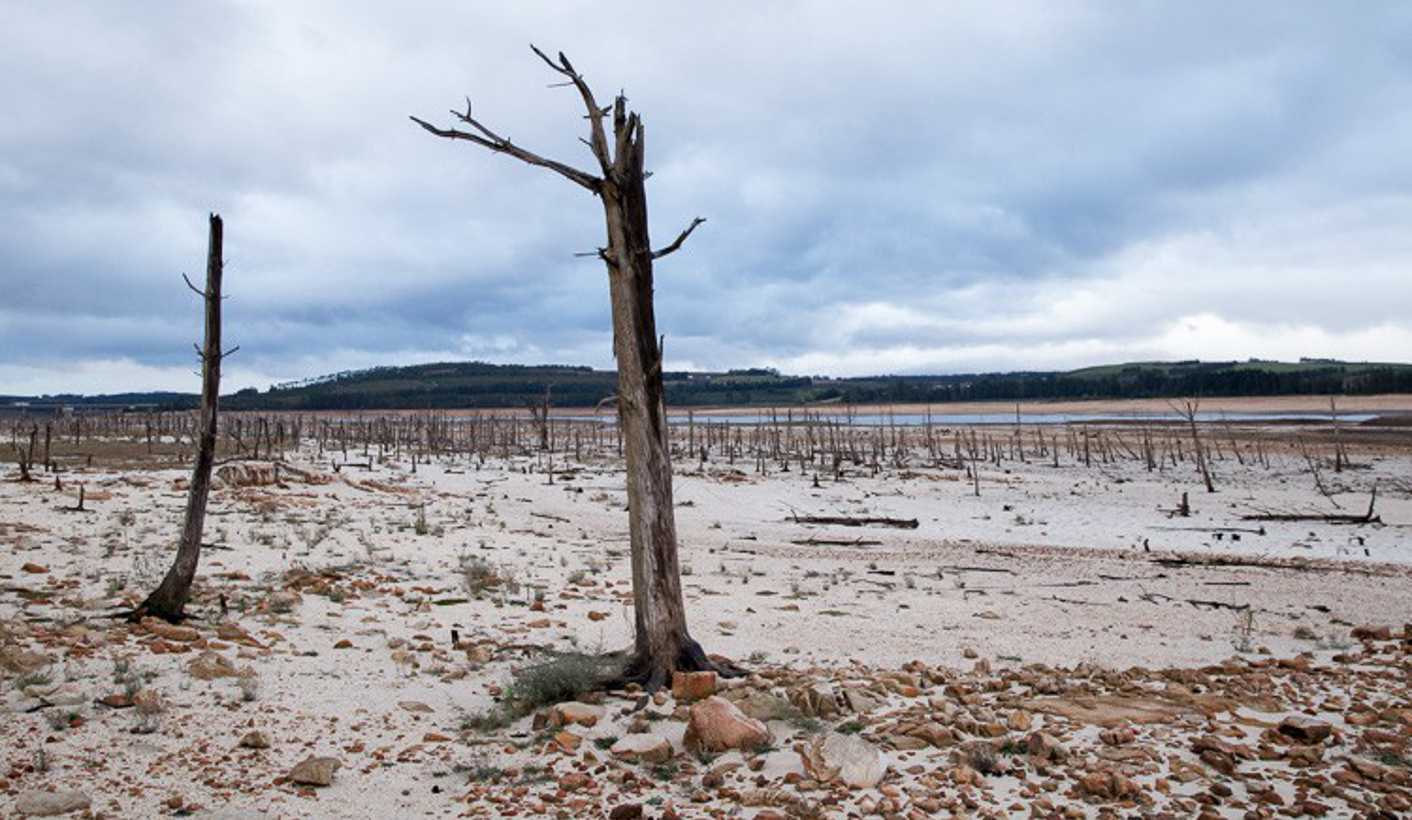 The perilous state of city’s water supply is starkly visible. By Trevor Bohatch for GROUNDUP.

This is part one of a GroundUp special series on Cape Town’s water crisis.

There are six major dams in Cape Town; Berg River, Steenbras Lower, Steenbras Upper, Theewaterskloof, Voëvlei, and Wemmershoek. These hold 99.6% of the city’s water capacity, with eight smaller dams, mostly on Table Mountain, responsible for a mere 0.4%. Theewaterskloof is the largest of the six major dams, with a total capacity of 480,188 megalitres. It is responsible for storing more than half of Cape Town’s surface water supply.

Last year June, GroundUp reporters visited some of the dams and photographed them. We returned last week (11 May). Caution: these photos are not taken at  the same time of the year, so they are not directly comparable for understanding the drop in the dam levels. GroundUp is intending to eventually have a set of directly comparable photos.

Theewaterskloof Dam in October 2010 was over 90% full. Photo from Google Maps.

From a similar position as the above photo, you can see how low Cape Town’s biggest dam was in June 2016. Photo: Masixole Feni.

If you zoom in on the photos above, you can see yellow vertical markers on the right side of the concrete column. There are four more visible in May 2017 than in June 2016.

This view shows how low  Theewaterskloof  is. Photo: Ashraf Hendricks

The Berg River is so dry in places that you can walk across it. Photo: Ashraf Hendricks.

Though the dam wall currently stores more than 42,000 megalitres of water, parts of the reservoir are dry. In areas of the dam higher up, GroundUp reporters were able to walk across the reservoir from one bank to another. There is no sign of plant or animal life at the dam and the earth was cracked in places due to arid conditions. DM