Sevens Rugby: Neil Powell writes himself into the history books with a full-circle Sevens journey 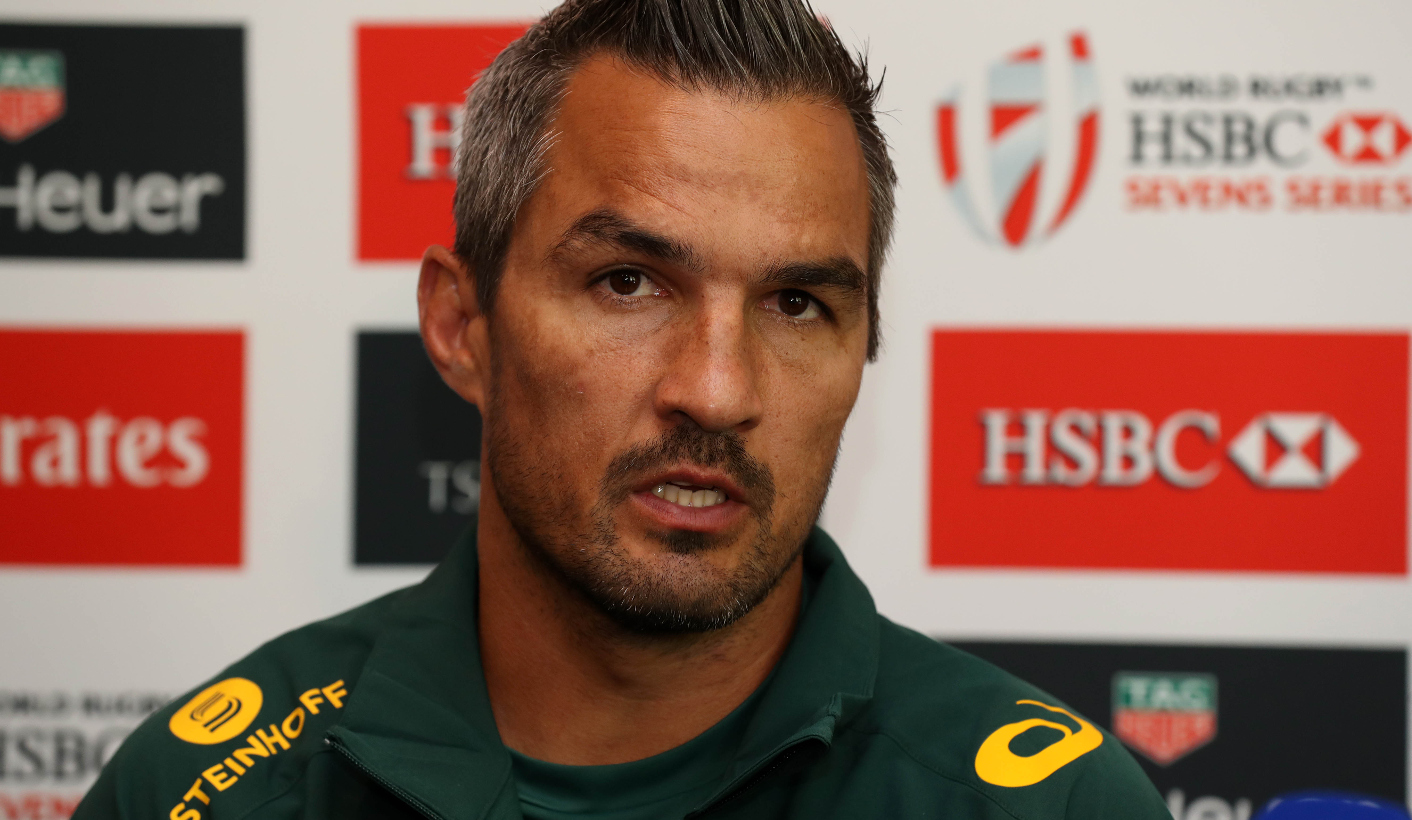 Neil Powell made history over the weekend by becoming the first person to win the World Series Sevens as a player and a coach. He deserves immense credit for the environment he has fostered, and the players who have flourished under his tutelage. The administrators who have crafted these structures should learn from themselves too. By ANTOINETTE MULLER.

The last time South Africa won the World Series Sevens was during the 2008-09 season. Three out of eight tournament wins was enough to seal victory. Among the squad that won that season was Neil Powell. Over the weekend in Paris, Powell notched up another World Series win – this time as coach, becoming the first person in the history of the tournament to achieve this feat.

The Blitzboks wrapped up the series before the tournament ends in London this week – and before they played the final in Paris over the weekend. It has been an exceptional season for South Africa’s fast rugby men. They have made it to eight out of nine finals, winning six of those crunch games. They have found the consistency that has been lacking previously – both on the World Series and at the 2016 Rio Olympic Games – and have adapted even when their big-name players have gone on to pursue other careers.

It’s been a lesson in professionalism and inclusivity for South Africa’s XV man game. The Sevens structures mean that players are not bound by provincialism. A central-contract system – akin to that used in XVs in some other countries – allows players to stay focused on the bigger picture. But the recruitment of players is also cast further and wider than simply relying on the traditional systems which pulls its talent from limited resources.

Last year, for example, the Western Province Craven Week side was made up of players from just seven schools. Make no mistake – a strong rugby culture in schools that can produce talented players is not a bad thing, but somebody must be curious about what other talent is out there?

Sevens has showed us what is possible when we cast the net wider. The systems that allow excellence to thrive is just one part of the puzzle, but serve as a reminder of what happens when systems run smoothly.

Powell’s contribution to this team – and it’s been a four year slog to get to this point – should not be underestimated. Those who have been in his presence might say that he often comes across as a stern father.

He’s cool, tolerant and will allow you to push boundaries, but don’t try and push your luck. He demands excellence form his players at all times and has helped them reach these dizzy heights because he is good at managing people and because the system allows him to do so.

“We are extremely grateful and blessed, the team worked for this for three seasons. Last year we came close, but this time we managed to do it,” Powell said after the team’s victory over the weekend.

“I have to give the guys credit, they are an incredible group that never feared hard work and they deserve this.

“We are also lucky to have management members back home and on tour who work incredibly hard for the team and I want to thank all for that. The support we get from SA Rugby is also instrumental in our success.”

Powell’s ability to drill consistency into his troops is evident in the way they have applied themselves this season. The Blitzboks have been simply outstanding, on defence, attack, in their skills and most important of all – their conditioning.

But that’s just one piece of the puzzle. The environment that Powell has fostered has allowed each of his players to flourish. Spending large amounts of time together helps, of course, but the player door has been revolving and each newbie who has gone through the system has adapted and adjusted, as if they’ve been part of it right from the start.

In any sport, being a good coach is about so much more than simply being able to drill skills into players and Powell is now the perfect package.

Through all of this, the Blitzboks have also managed to be a fully transformed team without anyone even really noticing. The process has been organic, but it’s hardly a surprise that this is what happens when you look beyond the old systems that largely still govern the XV-man game.

And so, the question is this: will those who are quick to blame transformation for all the ills of the XV-man game praise it for all the victories of the Blitzboks? You probably don’t need a rhetorical answer to that rhetorical question. But it should at least make you think. DM