Op-Ed: The Separation of Powers requires a Secret Ballot 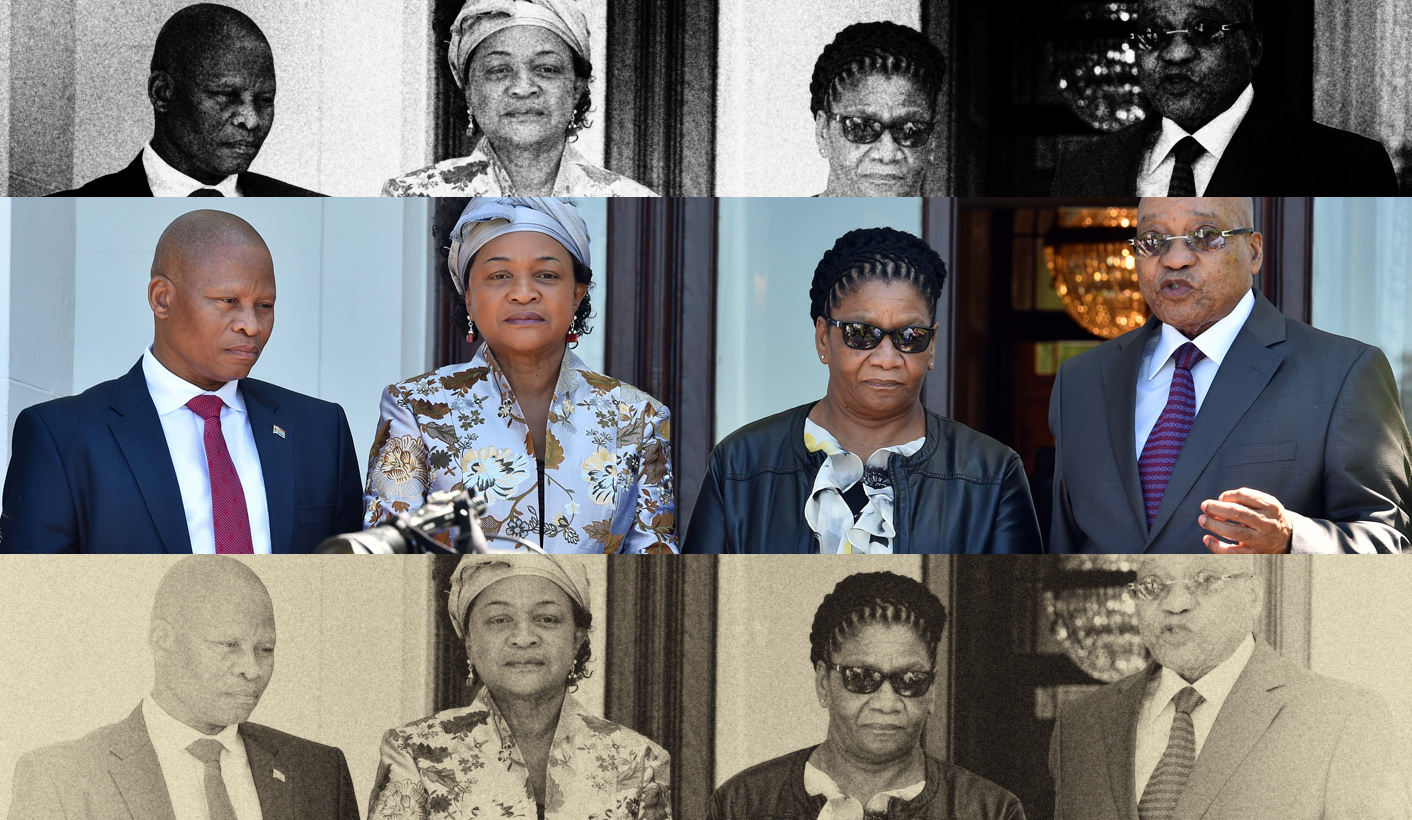 The South African Constitution should be understood to require a secret ballot for motions of no confidence in the President. This contention is not based simply on the current circumstances surrounding President Jacob Zuma; rather, it flows from an understanding of how to bolster the separation of powers principle which is a central feature of South African democracy. By DAVID BILCHITZ.

The separation of powers is an idea which is designed to guard against the over-concentration of power in any one part of government. Its origins are in a recognition that tyranny and authoritarianism result from the ability of particular individuals (or a group of individuals) to gain control over all the levers of state power. If the liberty of individuals is to be protected, and democracy safe-guarded, then it is necessary to ensure a division of powers within the state.

That division has rather simplistically been understood to be between a branch that makes law (the legislature), a branch that gives effect to the law (the executive) and a branch that adjudicates disputes relating to the law (the judiciary). Modern understandings of this division recognise that there is an overlap between these powers in many respects and that what is crucial is that there are checks and balances on each branch by the others.

The Constitution also recognises that, ultimately, the President is accountable to Parliament: it can remove him on grounds of serious misconduct or incapacity if tw0-thirds of the MPs agree; but it also can pass a motion of no confidence in the President if a majority of MPs agree. This system means that the President must always be concerned that a majority of those representatives elected by the people are supportive of him or her.

Now, the powers of removal and no-confidence are premised upon the basic understanding that the MPs in the legislature are separate from the power structure in the executive. However, South Africa’s system of democracy raises questions about that separation: the President is supposed to serve by the consent of the majority in Parliament. Yet, what happens if the President is sufficiently powerful to control the MPs? How can that happen?

In South Africa’s democracy, citizens do not vote for individual representatives directly. Instead, they vote for a political party which puts forward a list of individuals who will serve as MPs. Citizens who vote for a particular party vote for the set of candidates on the list. If a party gains 100 seats in Parliament, then the first 100 people on the list will gain seats. This makes MPs particularly vulnerable to their parties in terms of where they are on the list: if they are too low down on the list, they will not become an MP with all the personal benefits that flow from it. This makes MPs have a strong incentive to comply with the wishes of their party.

The power of the party extends even further than this. Parties are entitled to require MPs to vote in a particular way. If MPs refuse to do so, they can be dismissed from their position in Parliament. This means that MPs must comply with the party dictates and, if they do not – even if they are acting in the public interest – they could severely affect their own future by losing their jobs. Here we see a potential problem that can arise between the personal interests of MPs in continuing in their jobs in Parliament and their role in representing the interests of the South African people. All representative democracies struggle to ensure that elected legislators actually represent the people who elect them.

Now, when the MPs are exercising their core particular function – passing laws – it might well be argued that it is wholly justifiable that they follow the positions of their party as people gave them their votes based on the party platform. However, the South African constitutional set-up also requires the legislature to hold the executive to account and here matters are quite different. This is a function based not on platforms or principles but on personality and competence. It requires thinking about whether the executive is performing its duties diligently, in the best interests of the country and, in accordance with the wishes of the electorate (expressed through its representatives).

The legislature is meant to hold the executive to account and this is part of the design of the separation of powers in South Africa. Yet, if a President is sufficiently powerful within the ruling party (as possibly, President Zuma is), then he can ensure that the party forces MPs to vote in favour of him on pain of losing their jobs. The executive can thus through the party-political structures create a situation where the powers of Parliament to hold the executive to account are, essentially, illusory. Under such a situation, the executive has effectively lost accountability, managed to concentrate power in itself and thus undermined the whole constitutional scheme of the separation of powers between the legislative and executive in South Africa.

There are different ways to address this problem: yet, if we remain with our current system, then we need to interpret our Constitution in conformity with the central separation of powers doctrine which is so importantly connected to preserving our democracy. A secret ballot where a motion of no confidence is concerned, essentially, means that the party does not know who votes in any particular way. It will be unable to take strong disciplinary measures against any particular individual as a secret ballot essentially guarantees a free vote. That prevents Members of Parliament from being threatened with losing their jobs or being placed low on the list in the next elections if they do not conform to the wishes of the President or leaders of their party. This is why a secret ballot is essential in giving effect to the separation of powers in South African democracy. It is also why many other democratic countries in the world – for instance, Germany – require secret ballots for motions of no confidence.

One of the central roles of the Constitutional Court is, ultimately, to interpret the Constitution so as to strengthen and deepen South African democracy. If the argument of this article is correct, then there is one clear path for it to act: it must declare that motions of no confidence must be voted on through a secret ballot. DM

David Bilchitz is a Professor of Fundamental Rights and Constitutional Law at the University of Johannesburg and Director of the South African Institute for Advanced Constitutional, Public, Human Rights and International Law. He is co-editing a book titled ‘The Evolution of the Separation of Powers: Concepts and Practice’ (Edward Elgar, forthcoming 2018).

Photo: President Jacob Zuma meets with the head of the judiciary, Chief Justice Mogoeng Mogoeng, the Speaker of the National Assembly, Ms Baleka Mbete, the Chairperson of the National Council of Provinces, Ms Thandi Modise. The meeting of the arms of the state is aimed at further strengthening working relations and cooperation. 03/11/2015, Genadendal, Cape Town, Elmond Jiyane, GCIS