Op-Ed: Is the observance of one religion at schools a form of religious apartheid? 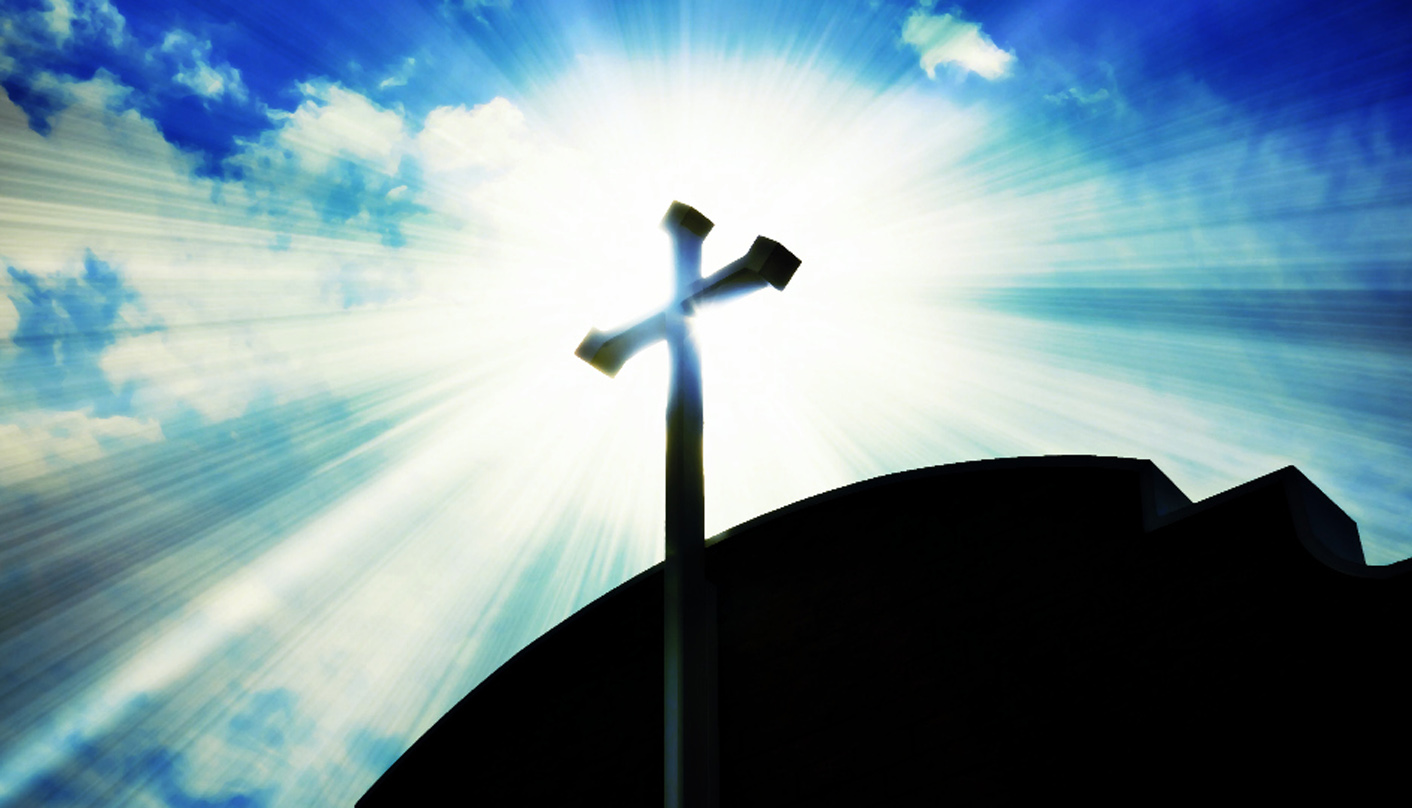 A case that has the potential to clarify the appropriate role of religious observances in public schools is set to be heard in the Gauteng High Court early next week. It is unfortunate however that the case appears to have been largely characterised as being part of an “atheist” agenda seeking to “sanitise” all public schools of religion. By FARANAAZ VERIAVA.

This case was initiated more than two years ago by an organisation somewhat irreverently calling itself the Organisasie vir Godsdienste-Onderrig en Demokrasie (OGOD). OGOD challenges various Christian-only religious practices at the respondent schools on the basis that these practices are a violation of the Constitution and the National Policy on Religion and Education (the “Religion Policy”). While OGOD does appear to have a secular bent, sanitising schools of religions is not what the case is about or – at least – it is not what it should be about.

Rather, the case is about whether single-faith, in this instance Christian-only, practices should be permitted in public schools.

The Christian-only practices at the respondent schools are being defended in the case by the Federation of Governing Bodies (Fedsas), an organisation that has been a repeat player in much of the school governance litigation seeking autonomy for school governing bodies to set policy in respect of language, admissions and now religion. In recent years, there has been a flurry of such litigation between provincial education departments and historically advantaged or former model-C schools contesting the issue of autonomy of SGBs to make such policies.

Also stepping into the fray in this case, are a plethora of other parties with positions that straddle the ideological divide on the role of religion in public schools. The Council for the Advancement of the South African Constitution (Casac), for example, argue that religious observances at public schools must conform to the Religion Policy and the Constitution, which they allege the Christian-only practices at the respondent schools do not. On the other hand, organisations such as Solidarity support Fedsas’ stance.

The papers generated by the parties are voluminous and the arguments seemingly manifold. At the heart of the dispute however are two core concerns. First, whether SGBs are the “sole” authority to make rules relating to religious observances in public schools or whether these rules comply with the norms developed by the Minister of Basic Education in the Religion Policy. Second, whether single-religion practices are permissible in terms of the religious freedom guaranteed in the South African Constitution and in terms of the Religion Policy.

Section 15(1) of the Constitution guarantees the freedom of religion or freedom from religion as the case may be. The Constitutional Court has held this provision to include the right to entertain and express the belief of one’s choosing and to manifest that belief in worship and practice.

Section 15(2) provides that religious observances may be conducted at state or state-aided institutions provided that these observances (a) follow rules made by the appropriate public authorities; (b) are conducted on an equitable basis; and (c) attendance at them is free and voluntary.

Section 7 of the Schools Act then provides that religious observances may be conducted at public schools under rules issued by SGBs provided such observances meet the requirements of equity and voluntariness.

Integral too, to resolving the dispute, is an understanding of the National Religion Policy published in 2003. The policy seeks to redress the religious privileging and discrimination that arose under Christian National Education by promoting religious diversity in public schools. The policy further affirms that religion does have a role in public schools through the explicit adoption of a “co-operative model” of religion. Thus, unlike the strict separation of church and state as in the United States, the South African model, while separating spheres for religion and the state, nevertheless acknowledges that there is scope for interaction between the two. At issue here, however, is the precise scope for that interaction.

The Christian-only practices in the case broadly include collective religious observances such scripture reading during the formal school assembly; Bible Study during formal school time albeit as a non-promotional subject at certain of the respondent schools; the promotion of a Christian ethos at the schools; the establishment of voluntary religious associations and the utilisation of religious symbolism such as the decoration of wall coverings with coats of arms that have a historic overtly Christian meaning.

The first issue of whether the SGBs of the respondent schools are the “sole” authority to make rules regarding religious observances must be answered with reference to the long line of school governance cases that have occurred in recent years. The jurisprudence established in these cases have established clear principles in respect of a statutory regime of cooperative governance in schools. Thus, in the context of the facts of this case, the Minister has the power to make policy that must be general in nature to ensure uniformity to basic principles. SGBs may then make “particularised” rules in accordance with the statutory regime’s commitment to “grass roots democracy”.

Underlying this carefully coordinated regime is the recognition by the Constitutional Court that public schools are a public resource “which must be managed not only in the interests of those who happen to be learners and parents at the time but also in the interests of the broader community in which the community is located and in light of the values of our Constitution”.

The second question in respect of whether the religious freedom guarantee permits the Christian-only practices in public schools requires an understanding of the qualifications in Section 15(2) of the Constitution as well as Section 7 of the Schools Act in respect of whether a practice is equitable and participation therein is voluntary.

OGOD alleges that the Christian-only practices of the respondent schools directly or indirectly coerces pupil to participate in them and as such violate pupils’ rights. On the other hand, parties advocating for such Christian-only practices argue that “equitable” requirement does not require equal treatment of all religions, particularly in schools where a single religion is in the majority. Instead these parties suggest that pupils who do not want to participate in these practices be granted an exemption to enable pupils to opt-out from such practices.

The Constitutional Court appears to have adopted a different approach. In the case of S v Lawrence, S v Negal; S v Solberg, a case that addressed religious observance, the court stated:

“The requirement of equity in the conception of freedom of religion as expressed in the interim Constitution is a rejection of our history, in which Christianity was given favoured status by government in many areas of life regardless of the wide range of religions observed in our society. Sachs J in his judgment in this case has provided a valuable account of the ways in which Christian principles were endorsed by legislation and its practices often imposed upon all South Africans regardless of their beliefs… The explicit endorsement of one religion over others would not be permitted in our new constitutional order. It would not be permitted, first, because it would result in the indirect coercion…. And secondly because such public endorsement of one religion over another is in itself a threat to the free exercise of religion, particularly in a society in which there is a wide diversity of religions. Accordingly, it is not sufficient for us to be satisfied in a particular case that there is no direct coercion of religious belief. We will also have to be satisfied that there has been no inequitable or unfair preference of one religion over others.” (Own emphasis.)

The court then specifically spoke directly to religious observance at public schools:

“Compulsory attendance at school prayers would infringe freedom of religion. In the context of a school community and the pervasive peer pressure that is often present in such communities, voluntary school prayer could also amount to the coercion of pupils to participate in the prayers of the favoured religion.” (Own emphasis.)

The test therefore appears to be whether the particular religious observance constitutes a state endorsement of one religion over others. Within the context of this case, it would appear that the Christian-only practices at the respondent schools appear to be tantamount to a state endorsement of a single religion, in this case Christianity, and should therefore not be permitted at public schools.

In its current guise the practices at the respondent schools may be deemed to be a form of religious apartheid. DM

Faranaaz Veriava is a public interest lawyer at the organisation SECTION27 that is representing the amicus curiae, Casac in the case.