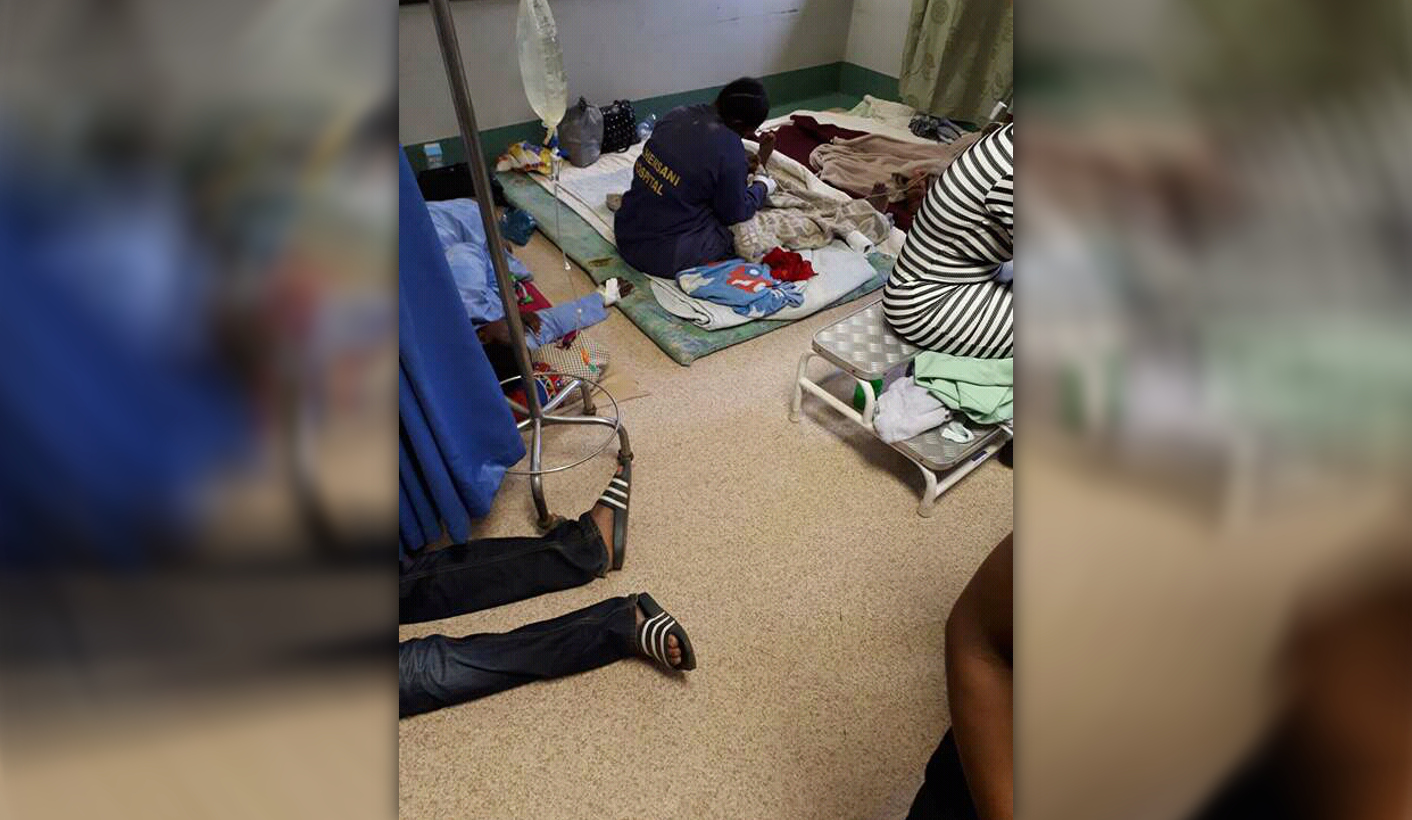 The shock malaria outbreak in Limpopo and Mpumalanga is caused by a series of badly timed events. Unpredictable weather, international drug shortages, expired local medicines stock and regional migration have created a crisis in some hospitals along the northern borders. HEALTH-E NEWS’ Amy Green, Mogale Mojela and Ndivhuwo Mukwevho report.

Malaria season is usually over by March but the late onset of winter this year, a result of climate change, has contributed to an “unusual” situation where patients are still being treated for the disease even though we are well into May.

“In malaria endemic areas like Limpopo there is an upsurge every few years – but usually a little earlier. We expect a peak in cases in January, February and March,” said Professor Lucille Blumberg, deputy director for the National Institute of Communicable Diseases (NICD).

But this year, temperatures remained high and the rains came late, with heavy downpours well into April, creating the ideal environment for malaria-carrying mosquitos to breed.

“Heavy rainfall, high temperatures and high humidity – unusual for this time of year – was a driving factor in this outbreak,” she said.

By the end of March, reported the NICD, almost 10,000 cases of malaria had been reported across the country, almost 50% up on 2016. And it did not end there. In the last week of April alone, another 1,251 more cases were reported and then another 876 cases in the first week of May. The final total for the season is not yet known.

Blumberg said it would not be fair to compare this year’s rate to last year as the drought of 2015/16 meant that last year’s figures were “unusually” low. It is, however, one of the biggest outbreaks since the mammoth outbreak in 2000 – which saw almost 70,000 people with malaria.

Even with the unusual weather pattern, in ordinary circumstances the outbreak wouldn’t create panic of the kind seen in the heavily affected Vhembe and Mopani districts in Limpopo. But this April there was an international shortage of a common oral malaria drug that nurses in clinics use to treat the majority of malaria cases. Hundreds of patients, who would usually be sent home with a three-day course of the drug, Coartem, were instead referred to hospitals.

“This resulted in three hospitals; Donald Fraser, Malamulele and Nkhensani treating more patients than their capacity. Various other hospitals were also congested as the overflow of patients were referred,” said Phillip Kruger, an official from the Limpopo Department of Health.

Nkhesani Hospital in Giyani, in the north-eastern part of Limpopo, was so inundated that patients being treated with anti-malaria drips were sleeping on the floor. Tents were set up outside of the hospital to assist but were, in the end, not used.

Limpopo Health Department spokesperson Derick Kganyago told Health-e News that without Coartem, patients had to be treated with the next best option: a seven-day intravenous drip of quinine requiring in-hospital treatment. This treatment is usually reserved for only the most complicated and serious malaria cases.

Another “unfortunately timed” setback, according to Blumberg, was that a large batch of the health department’s Coartem stock expired on March 31, exacerbating the situation. This would not have been a problem if the outbreak occurred during the traditional malaria season.

“It was made even more difficult by the fact that this happened over the long weekend at the end of April,” said Blumberg. “But hospitals in the province responded remarkably well under the circumstances and brought in additional staff to manage the high patient load.”

According to Kruger, the pressure on the health system started to ease when Coartem became available from manufacturers and was dispatched to clinics from May 2. Blumberg said the delay has had a “knock-on” effect and the department is now “playing catch-up”.

At the same time, there was a shortage of test kits used to diagnose malaria quickly and easily in clinics. This put even more pressure on hospitals, which had to take blood samples and test them in laboratories.

Earlier this week, Kganyago confirmed that a new batch of rapid tests had arrived at the Limpopo provincial depot and were being distributed to clinics.

“We are pushing the drugs and rapid tests through and the numbers have come down in Limpopo, there’s no doubt about that. Transmission has decreased and the whole system is recovering,” said Blumberg.

Outbreaks of malaria declared in some neighbouring countries including Botswana, Zimbabwe and Mozambique “contributing to increased transmission in South Africa”, said Kruger.

The impact of regional outbreaks and cross-border migration, especially over Easter, are aggravating factors largely outside the health department’s control: “There is huge movement across the borders, especially over the Easter period, which is a challenge,” said Blumberg.

Much of the pandemonium could have been averted if a newer and more effective anti-malarial drug was also available at facilities. The medicine, artesunate, like intravenous quinine, is usually only used for the most severe cases. But it works rapidly and is easier to administer. Instead of remaining in hospital for a week, as happens with quinine therapy, patients would only need to be admitted for a few days or not at all.*

“However, it isn’t registered for use in South Africa and is only available with special permission from the Director-General of the National Department of Health. It is available, but not everywhere,” Blumberg said.

The Medicines Control Council (MCC), which has been criticised in the past for lengthy medicine registration delays, is not to blame in this case, according to Blumberg.

“There have been issues on the producer side. But the MCC has been very supportive over the past year and we expect it to be registered in time for next year’s malaria season,” she said.

The major “attack” on malaria is indoor residual spraying – where the department sends people into homes in areas where malaria is expected, to spray walls with a highly-effective mosquito insecticide. Spraying happens between September and February each year.

But while there were reports that the recent outbreak was as a result of residents refusing to allow workers to spray inside their homes, Kruger said that over 80% of houses had been sprayed, which was enough to ensure effective coverage.

But Blumberg admitted that there were some gaps: “I think we need to revise our spraying programme. It is very effective but it is also very labour-intensive and expensive,” she said.

“When we have successes people think we can cut back, but we can’t. We need resources for prevention and monitoring so we can watch constantly and intervene quickly.”

Nkhensani Hospital has had to absorb much of the burden in the province, serving over 90 villages. Last week an average of 40 patients per day were being admitted with malaria, according to hospital CEO Ruth Shilumani.

“Since the outbreak last week, we have been struggling to cope with the high number of patients being admitted with malaria, which resulted in the shortage of beds at the hospital. But now the situation is better as daily we are discharging high numbers of patients,” she said.

The outbreak is at last in its dying stages, but there have been a number of casualties, although the department could not confirm the numbers of deaths.  DM

Photo: Scenes inside the Nkhensani Hospital. The hospital has had to absorb much of the burden in the province, serving over 90 villages. Photo: Supplied