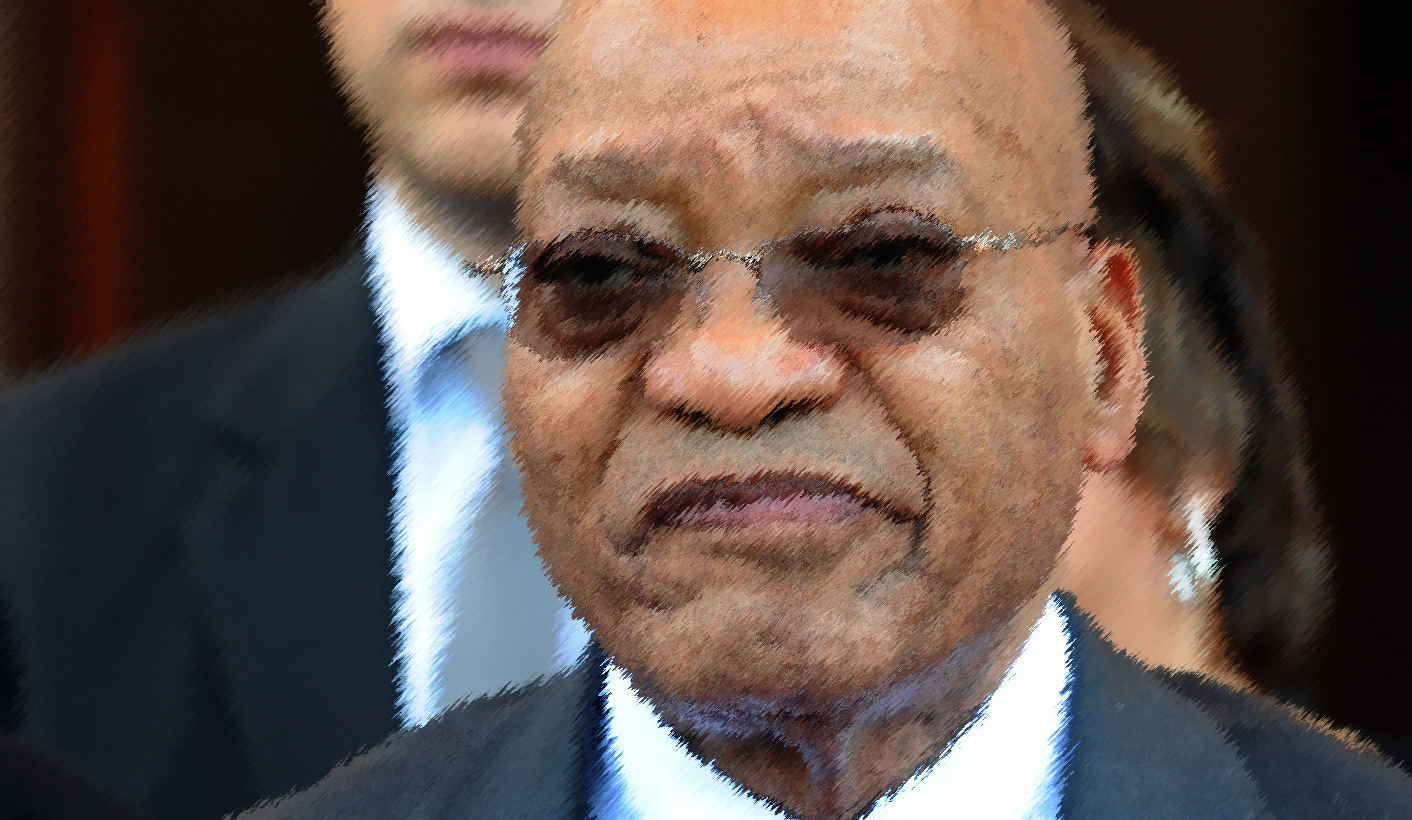 Is South Africa’s new finance minister hedging his bets, or is his talk of tight purse strings true? By Peter Fabricius for ISS TODAY.

But what does it really mean? The phrase doesn’t appear in any official government policy documents, such as the National Development Plan. Moreover, it’s clear that President Zuma and his deputy, Cyril Ramaphosa, have a different understanding of the term.

In December this year at its elective congress, the ANC will choose a successor to Zuma as its president. That successor will go on to lead the party to almost certain victory in the 2019 national legislative elections and then to become the next president of the country.

The ANC’s December presidential election is shaping up as a contest between Dlamini-Zuma (who retired as African Union Commission chairperson in January) and South Africa’s current Deputy President Ramaphosa.

Dlamini-Zuma hotly denies that she is her ex-husband’s candidate in the contest. That’s sexist, she suggests, insisting she is her own woman. But that’s nonetheless how she is broadly perceived, in part due to comments made by Zuma. And she’s certainly walking the same policy planks. As charges of corruption and cronyism have piled up against the Zuma administration, it has taken a leaf from Zimbabwean President Robert Mugabe’s book by blaming all the country’s economic ills on “white monopoly capital”.

And so Zuma and his would-be successor Dlamini Zuma have both vowed to tackle ‘white monopoly capital’ with the revolutionary agenda of radical economic transformation.

To the likes of the Economic Freedom Fighters (EFF) (who have been using this language for years), the Black First, Land First (BFLF) civic movement and many elements of the ANC Youth League, radical economic transformation means seizing white land without compensation and nationalising mines and banks, among other things. That’s truly radical.

But what does it mean to the Zuma camp? Just over a month ago Zuma fired Pravin Gordhan, mainly because he was a classic finance minister, devoted, above all, to jealously guarding the Treasury against Zuma’s intent to throw open the vaults to his business friends, the Guptas, or to any other form of unaffordable spending, such as a proposed massive nuclear deal or constantly bailing out corruption-riddled state-owned enterprises. Investors responded to Gordhan’s departure by withdrawing capital and the main credit rating agencies downgraded South Africa’s sovereign debt.

Zuma replaced Gordhan, unexpectedly, with the young home affairs minister, Malusi Gigaba. Since then, the country and foreign investors have been scrutinising Gigaba to see if he will maintain Gordhan’s prudent and conservative fiscal policy, or whether he will embark on a spending spree to finance radical economic transformation. (The former to try to reassure foreign and local investors rattled by Gordhan’s firing and to prevent further credit rating downgrades; the latter to advance the Guptas’ business interests.)

Gigaba has been sending mixed messages in answer to that question. On the one hand he is repeating the rhetoric of radical economic transformation and has appointed as an economic adviser the academic Chris Malikane, who holds the same, truly radical economic views as the EFF, BFLF, etc.

But on the other hand, Gigaba has vowed to continue Gordhan’s prudent fiscal policies. He has distanced himself from Malikane’s views and last week cancelled a controversial joint venture between the Guptas and the state arms manufacturer Denel in Asia.

Because of the pressing curiosity about the Zuma administration’s post-Gordhan policies, Gigaba drew attention at the World Economic Forum’s (WEF) Africa meeting in Durban last week. Under questioning there, Gigaba repeated that the ANC had hitherto been too conservative in approaching economic transformation and that it could have done better in changing the structure of production in the economy.

But he explained that without reference to land seizures. Instead he said the aim was to diversify the economy and create a thriving manufacturing sector, via beneficiation of South Africa’s raw materials, greater development of skills and capabilities, particularly of young people, greater investment into small, medium and micro enterprises (SMME) and developing a productive economy in townships and rural areas.

Gigaba criticised the government’s black economic empowerment programme because it focused too much on share ownership and so had not created significant numbers of genuine black entrepreneurs and industrialists.

Echoing his predecessor to a fault, Gigaba insisted on a growth-first economic policy, saying the economy would have to grow to create the revenue to finance the greater upliftment of the poor. ‘We need to manage our fiscus in a prudent manner and our spending patterns must not be out of tune with the growth in the economy,’ he said.

All that would be music to the ears of investors and credit rating agencies, he was told. But what would his poor constituents think? Gigaba basically said the government was already addressing their needs, through increased spending on health, education and social development. It just needed to implement existing policies better.

As a result of such statements at the WEF and his actions, such as the renunciation of Malikane, the true radicals – like the BFLF – are now lamenting that he has been ‘poisoned’ by “white praise”; that is, he has sold out to white monopoly capital.

Anton du Plessis, Executive Director of the Institute for Security Studies (ISS), is not so sure. Du Plessis participated in the WEF Africa summit and engaged with Gigaba during the side events. It was no surprise to him that Gigaba was singing the fiscal conservative song that the Davos crowd wanted to hear – though not very convincingly, as investors remain distrustful of Zuma and Gigaba because of the government’s failure to rein in rampant corruption and Gupta-style cronyism.

Gigaba, for instance, failed to answer the critical question: Why did Zuma replace Gordhan with you if you are merely going to pursue the policies of your predecessor?

Du Plessis believes that Gigaba was being strategic for both political and personal reasons, suggesting that Gigaba “might end up being the Mogoeng Mogoeng of finance ministers”. He recalls that when Zuma appointed Mogoeng as Judge President, everyone believed it was to ensure the new top judge protected him from the meddlesome courts. But Zuma misjudged Mogoeng, who “ended up being an ethical and highly competent judge, more concerned about his achievements in the legal sector than what Zuma thought”.

Likewise, Du Plessis says, the highly ambitious Gigaba wants to be regarded as the best finance minister around. He desperately wants to be given a chance to prove himself. So he is keeping his powder dry for now, putting up a Malikane smokescreen to confuse the left while also speaking the language of economic conservatism. And, in any case, the 2017 budget is indeed already set, so he couldn’t do much about it anyway.

This way, Du Plessis believes, if Ramaphosa wins the December election, Gigaba hopes that he will keep him on and he will then be a more fiscally conservative finance minister. But if Dlamini Zuma wins, a more populist radical economic transformation agenda will be let out of the bag. If Du Plessis is right, the country will have to wait until December 2017 to discover the true meaning of radical economic transformation – as indeed it will have to wait until then to discover so much else about its uncertain future. DM