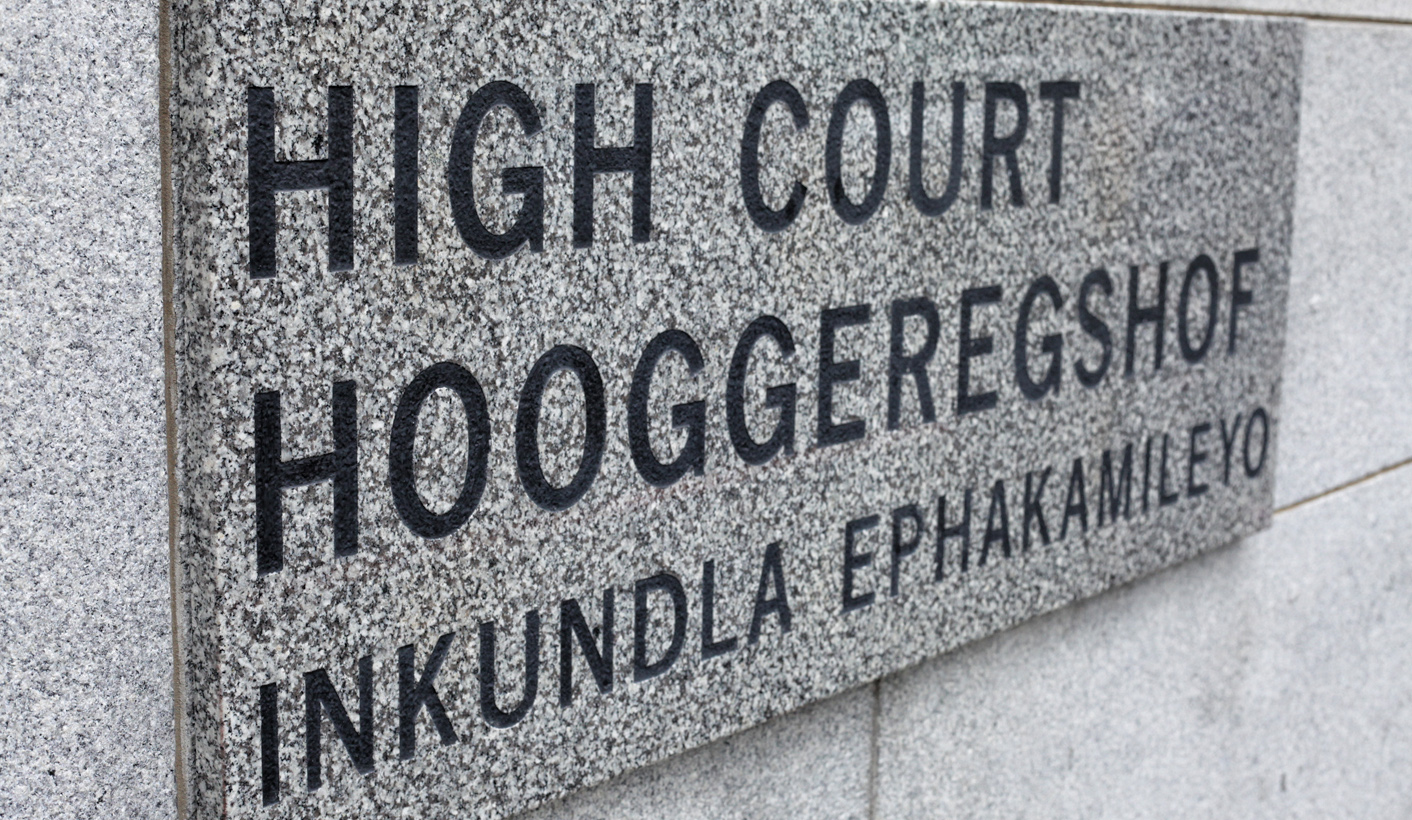 For more than half a year the entire Ngwaabe Village was banned from protesting. By Safura Abdool Karim for GROUNDUP.

The entire Ngwaabe village in the platinum belt was issued with a court interdict, preventing any member of the community from protesting against Northam Platinum Mine’s employment policies. The judge later limited the interdict to four members of the community, and they applied to appeal his decision.

The origins of the dispute date back to June 2015 when Northam Platinum, which operates the Booysendal mine, was negotiating with various communities about employment at a number of its mines along the platinum belt.

Following a series of protests, the Department of Mineral Resources formed a task team to negotiate with Northam. Representatives from several communities sat on the task team and tried to negotiate terms of employment for their communities with Northam. But, according to the community’s court papers, the relationships between representatives deteriorated and, at one point, Tshehla Mahlatse, who represented the Ngwaabe community, was physically removed from a meeting.

According to affidavits filed on behalf of the Ngwaabe community, the task team responded to this by arranging protests to stop mine activities. In the meantime, the forum says, it submitted the CVs of its constituents and waited to hear from Northam. Eventually, Northam allocated jobs to task team members and refused to engage with any other groups, including the forum, until the “in-fighting” had been resolved.

In response, the Ngwaabe community then decided to organise a protest against Northam. Northam and the Ngwaabe community agree in their court papers that this protest was not violent. On 12 August (the day after the protest) Northam met the forum to discuss jobs for the community. Following this, Northam wrote a letter to the forum on 15 August which stated that (Northam’s) “door remains open for engagement”.

But, a day later, Northam applied for an interim interdict against the entire village of Ngwaabe. The interdict was expansive in that it covered everyone living in Ngwaabe Village and prevented them from engaging in a range of protest activity, including some legal protest actions. Since no-one from the Ngwaabe community was present, or even aware of the application, a rule nisi (a court order that does not have any force unless a particular condition is met) was issued so the community could come to court and present their case.

There are a number of points of conflict between the versions given by Northam and the Ngwaabe community. According to Northam, the respondents arranged and participated in violent protests and marches on the mine. It was these violent protests that prompted Northam to apply for an interdict. However, the community insisted that the protests they were involved in were not violent, and that the photographs Northam used as evidence of the “violent” protests were actually photographs of protests organised by the task team.

On 15 March 2017, the community representatives came to the High Court of South Africa, Limpopo Division, in Polokwane to argue that the interdict not be made final. But community members and their lawyers were not given any opportunity to present oral arguments against the interdict.

Instead, the judge questioned the respondents’ lawyers on a technical issue, which had not been raised, by Northam’s lawyers. The judge found that Justice Mokota, secretary of the forum, was not authorised to depose an answering affidavit on behalf of the community or the other named respondents. This was an unusual finding since this was a procedural issue which would ordinarily need to be raised by Northam or one of the other parties.

In the end, Judge Moletje George Phatudi accepted the version of events given by Northam and confirmed the interdict but restricted it to four people – Tshehla Mahlatse, Justice Mokota, Gabriel Masha and Gabriel Ngwato Kgole – rather than the entire community. In confirming the interdict, the judge stated that a “culture of unlawfulness must not be allowed to spread in South Africa”. In addition, the judge made a costs order against Mahlatse, Mokota, Masha and Kgole.

Following the decision, Mahlatse, Mokota, Masha and Kgole, represented by Richard Spoor Attorneys, filed an application for leave to appeal against the interdict, on 5 April 2017.

Their arguments against Judge Phatudi’s order, mostly allege that Northam Mining did not meet the requirements for an interdict and, as a result, the interdict should not have been made final.

There are three requirements, which need to be met for an interdict to be granted:

The applicant must have a clear legal right (known as a prima facie right);

There must have been an injury to this right or the reasonable possibility of such injury; and

There must be no alternative remedy available to the applicant.

The respondents argue that Northam Platinum met none of these requirements and that Mokota was indeed authorised to depose the affidavit on behalf of the four respondents, Mahlatse, Mokota, Masha and Kgole.

They also argue that the court did not recognise and give sufficient consideration to the version of events given by the respondents.

This ground of challenge is based on something known as the Plascon-Evans Rule. Under this rule if there is a factual dispute between parties in an application for an interdict, the respondent’s version should be accepted unless there are good grounds to accept the applicant’s version. This doesn’t apply where the respondent’s allegations are not credible and so far-fetched that a court can reject them without hearing oral evidence. However, if there is a real and genuine dispute of facts, the court cannot grant an interdict based only on the applicant’s version.

The respondents contend that, in this case, the respondents’ papers raised a number of genuine disputes of fact but Judge Phatudi did not recognise these disputes and simply accepted Northam’s version.

Many mining companies use their wealth to obtain expansive interim interdicts against communities based on very little evidence. The communities then have to live under the interdict until they can obtain a court date and attempt to have the interdict withdrawn. DM