Analysis: The politics of judicial and executive overreach 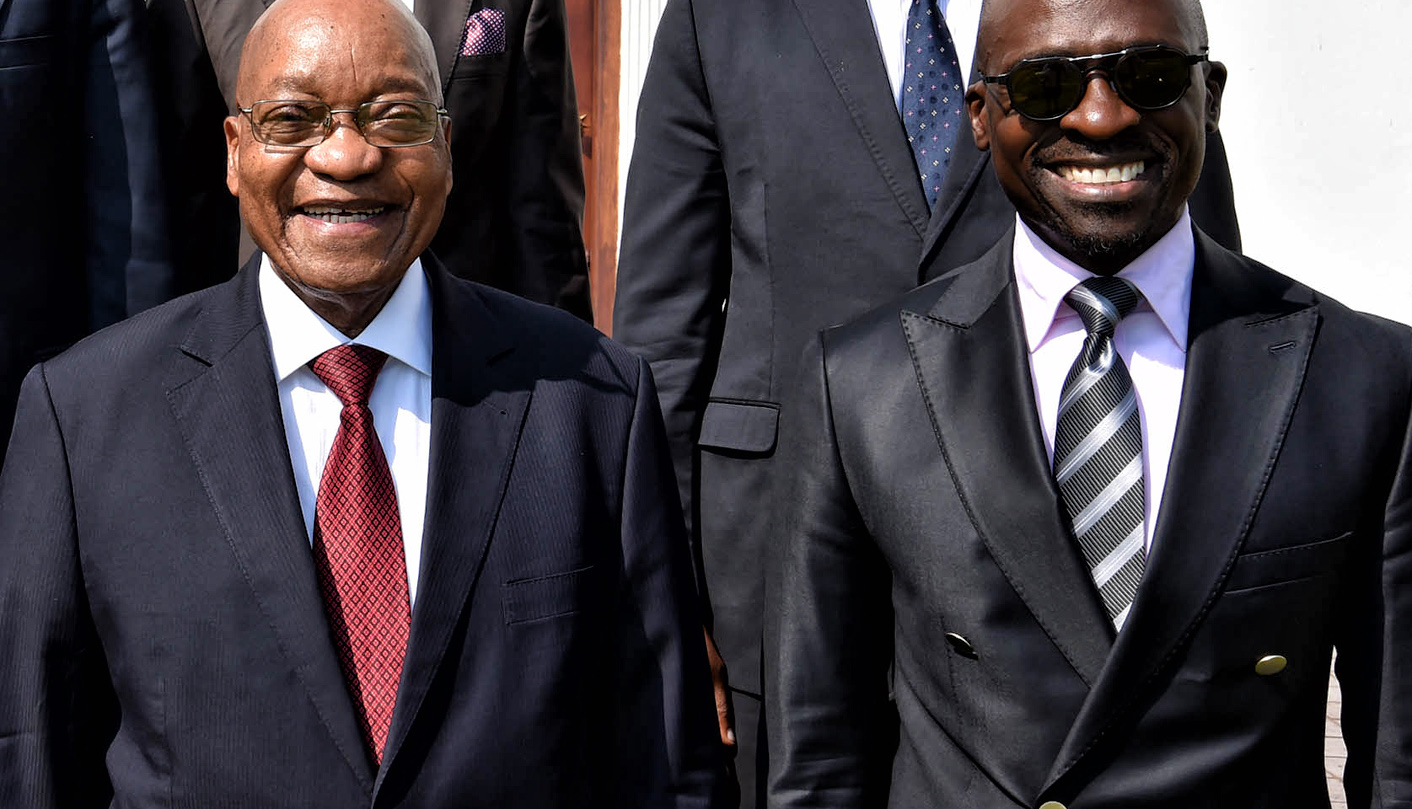 On Wednesday the Helen Suzman Foundation and the group My Vote Counts announced that they were going to the Constitutional Court to ask judges to rule that President Jacob Zuma’s Cabinet reshuffle, and particularly the removal of Pravin Gordhan were invalid. At the same time, there were developments in the Democratic Alliance’s application in a high court, which makes a very similar request. While the reshuffle and its consequences may be the biggest political story of the year, it is one that judges are almost certainly not going to enjoy. And one which they really should not be dragged into in the first place. By STEPHEN GROOTES.

While it is hard to be absolutely positively definitive about this, it seems incredibly unlikely in the extreme that anyone will be able to find an example anywhere of a democracy in which a judge has overruled a President or Prime Minister over a reshuffle. If there is such an example, this writer has never heard of it. Even the co-ordinator of My Vote Counts, Janine Ogle, has admitted that she is unaware of one.

There is a very good reason for this. It is generally accepted that the formation of a Cabinet is an inherently political process. In many places, it requires the leader of a party, who got there by stabbing people in the back, climbing a greasy pole and nearly losing to someone like Boris Johnson, to balance out party-political concerns. Enemies have to be placated, allies satisfied and debts repaid. This is a calculation that surely only people in this position can make. It is, simply put, their problem. If they get that calculation wrong, they may be stabbed in the back themselves.

It is for this reason that someone like Johnson, a xenophobe and a racist, can be made Britain’s Foreign Secretary, and no one can overrule that. A qualification for the job is usually not required. Because in the end a government department needs a political head, often to make what become inherently political decisions.

Our political situation and system is surely no different. Just because someone doesn’t like President Jacob Zuma’s decision to reshuffle his Cabinet doesn’t mean that judges should say it’s invalid. They would surely be going too far to do so. He made a political decision. If you are Mmusi Maimane and you don’t like it, beat him politically in the next election. If you are Cyril Ramaphosa and consider it “unacceptable”, win in December. Otherwise, tough.

And in case there’s any doubt about this, this was part of the agreement in 1994. The Constitution is clear – the Cabinet is appointed by the President. Full stop.

But the problem we appear to be facing here is that, despite the fact that judges are unlikely to rule against Zuma in these cases, there is still a political upside to actually going this route. Just consider the developments of the last week.

First, on Thursday last week, the High Court sitting in Tshwane ruled that Zuma did have to provide the reasons for his reshuffle, the record of decision. For the DA, this is already a victory. They would love to see what other ANC leaders referred to as the “intelligence report” that Zuma had told them existed. He claimed that this “report” justified the removal of Gordhan. If it does exist, and that’s a big “if”, it must be flimsy indeed. Because the ANC’s national working committee dismissed it out of hand. Even Zuma’s own acolyte, the cellphone-jamming partisan State Security Minister David Mahlobo, has said it was nothing to do with him.

It does appear that the DA has actually managed to make Zuma twist in the wind a little here. On Thursday this week his lawyers tried to demand that the DA actually produce the report. It’s the kind of ridiculous demand one expects from someone who is desperate. The greater the desperation, it would appear, the less the rationality.

[Late on Wednesday night, it was announced that President Zuma will appeal Judge Vally’s decision]

The DA will also argue, as do My Vote Counts and the Helen Suzman Foundation, that the exercise of public power by government has to be rational. That this places certain limits on what a president can do, and that this must be one of them. But imagine the party’s reaction back in 2009, when Helen Zille appointed a provincial cabinet that could only be described as “colonial”, containing generally white men. She would have blown a gasket if the ANC had tried to go to court to review that decision.

The other win for opposition parties here is that it keeps the entire story in the headlines, and reminds everyone about what Zuma did, and the ratings downgrades etc etc etc.

If this is good for political parties, the upside for these NGOs is less clear. Perhaps they are acting out of frustration, perhaps they just want to get involved, maybe they do feel a sense of mission. But they didn’t behave this way when Nelson Mandela removed his ex-wife from her government post back in the 1990s, so why do they see this as irrational now?

The problem with these cases is that there is a big downside for everyone. Judges do not want to hear these cases. They have lamented, in public, many times, being drawn into the political sphere. There job is to apply the rules, not resolve political disputes. The temperature at the moment is high, and there is plenty for everyone to play for. Already judges have been disregarded and ignored over the Omar al-Bashir matter, when Home Affairs simply allowed the Sudanese leader to leave the country, in defiance of a court order. Judges will know then that they are dealing with some people who are prepared to break the law. This means that to ensure they comply with the law, for judges to play the role they are supposed to, they have to tread a little carefully. This doesn’t mean that they must not rule on the law, but it does mean they must make absolutely certain they do not overstep the mark, and do not overreach.

At the same time, there could also be a moment when judges, who do not have a police force of their own, will need public support. Where politicians will know for them to ignore a judge will result in a huge backlash at the ballot box. What is happening now is an opportunity for those who support Zuma to start removing some of that public support.

Already, the KwaZulu-Natal ANC has announced that it is going to hold a march against the judiciary, and against “judicial overreach”. It is an opportunity for these politicians to whip up public sentiment against judges. And the cause is the decision last week that Zuma must provide reasons for his reshuffle.

This is surely disturbing to those who believe judges need to play a formal role in our democracy. Surely they are worried about it. But the problem they have is that they have to apply the law on matters brought before them. So even if they know that a certain ruling could reduce their power in the greater scheme of things, they have a duty to rule that way regardless.

That said, there are people who can prevent this from happening. The DA, the NGOs that have brought these cases. They should realise the very real risk they could be doing to themselves, their parties, judges, and our system more generally. Yes, everyone has a right to go to court, yes, they can be outraged at Zuma’s behaviour. That doesn’t mean you have to enforce that right at this point. To do so may turn out, in the longer run, to be bad strategy. DM