The cost of Hlaudi: SABC’s interim board starts to undo his damage 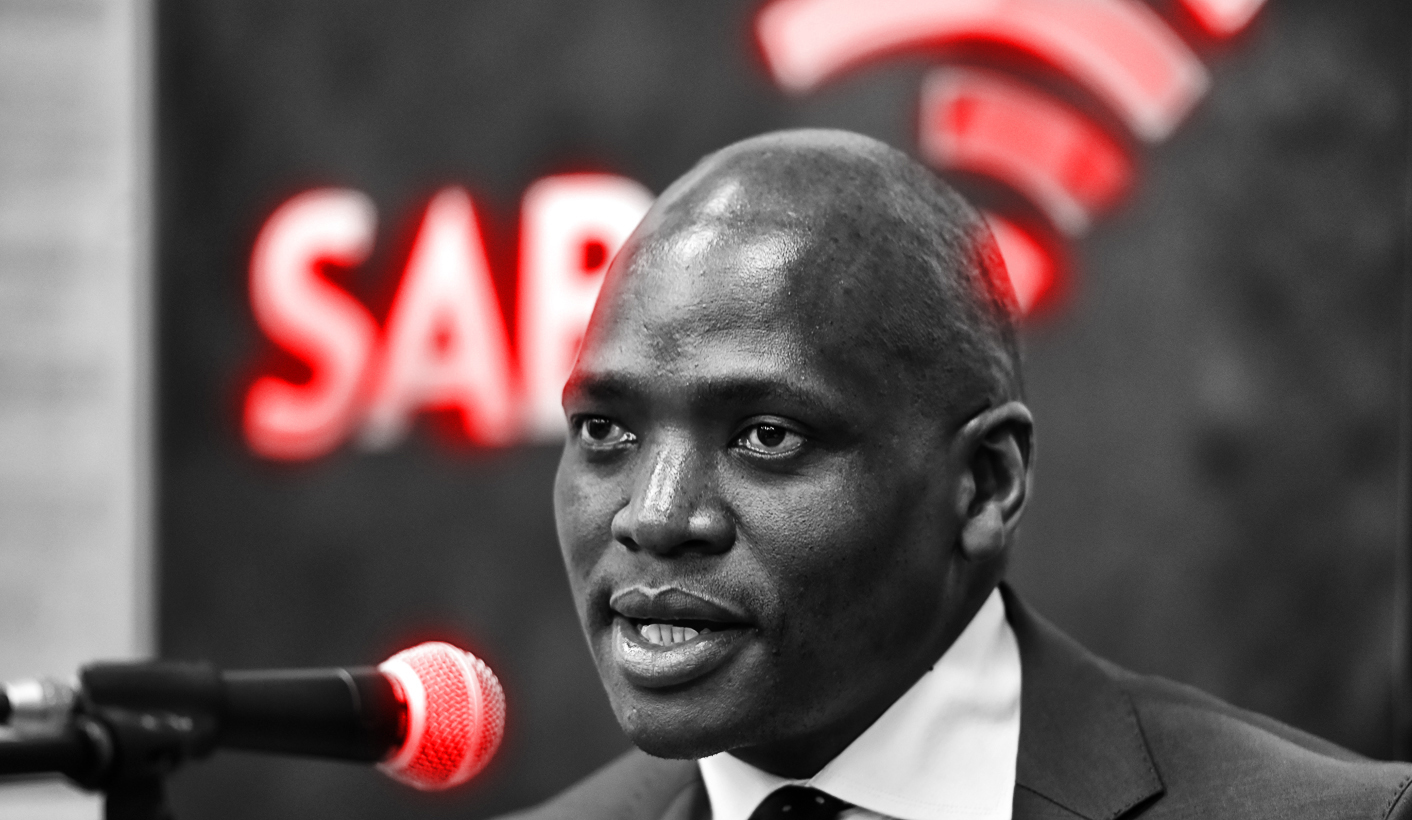 Former SABC boss Hlaudi Motsoeneng faces disciplinary hearings from next week for his rambling media conference in April and for matters dating back to the public protector’s damning findings against him in 2014. Parliament’s communication committee on Wednesday heard that the disciplinary actions would run “parallel” and that the interim SABC board obtained independent legal advice on the process: “We didn’t want to set ourselves up to just accept, and find it was lacking,” said its chairperson Khanyisile Kweyama. Following a review of SABC legal actions, the interim board withdrew the court review of the public protector’s findings that Motsoeneng misrepresented his qualifications, purged staff and received a R900,000 salary hike. By MARIANNE MERTEN.

The SABC has fielded a plethora of legal actions to keep Hlaudi Motsoeneng as one of its top executives, be it chief operations officer or, when that was ruled unlawful, group executive of corporate affairs. These ultimately unsuccessful court battles, funded through an insurance indemnity, came amid a revolving door of senior executives and board members at the public broadcaster which is steeped in governance and financial turmoil.

In February 2017 the SABC’s bid to overturn a December 2016 judgment against Motsoeneng’s appointment as corporate affairs boss floundered: the Western Cape High Court ruled he could not hold any position. And so the DA has described Motsoeneng as an “employee without portfolio” while drawing a R350,000 monthly salary for sitting at home.

That court setback three months ago followed a Supreme Court of Appeal judgment in September 2016 which dismissed an appeal against an earlier court decision that Motsoeneng’s permanent appointment as SABC chief operations officer had been unlawful.

In a sideshow, if an important one, the SABC took on review to court the 2014 public protector’s report “When Governance and Ethics Fail” – it is scathing not only about Motsoeneng but also on the “pathological corporate governance deficiencies at the SABC”. The public broadcaster also opposed the DA’s bid to force the public broadcaster to take renewed disciplinary steps against Motsoeneng. In late 2015 Motsoeneng was cleared of the public protector’s findings after the SABC hired a law firm to probe whether there was any truth in those. There was not, the law firm found.

This legal wrangling now appears to have been ditched as not in the interest of the public broadcaster. And although disciplinary proceedings are now under way, the cost of Motsoeneng’s reign at the SABC is yet to emerge fully. MPs were told the 90% local content quota he had imposed in defiance of regulatory and statutory requirements led to losses of R212-million in direct advertising revenue, and incurred costs of R72-million to replace content.

The interim SABC board told MPs it had sent a funding proposal to raise urgently needed monies to Communications Minister Ayanda Dlodlo that morning. The SABC was “counting money as it was coming in” and struggled to pay suppliers within 30 days. No details of the funding proposal were given to MPs on the argument that it would not be fair to ventilate the proposal at a public parliamentary committee meeting when it was not clear that the minister had actually received or read it.

But Dlodlo answered later on Wednesday afternoon during question time in the House, in a manner of speaking: as at March 31, 2017 the SABC incurred an operating loss of R509-million in the fourth quarter of the financial year. “(The SABC) will not have the financial resources to meet its contractual obligations. That’s the sad state of affairs,” she replied to a question by DA MP Phumzile van Damme.

Asked about the funding proposal, Dlodlo said she had not yet received it, and no one had called to say it had been sent. “As it stands, I have not yet looked at my e-mails.” But steps are under way to turn around the financial troubles, including reducing the number of consultants at the SABC, a moratorium on capital expenditure and the speedy finalisation of proceedings against employees on paid suspension, the minister said.

A month or so into the job and the interim SABC has rolled up its sleeves. There was week-long delay when former communications minister Faith Muthambi, closely associated with Motsoeneng and his supporters, told the five interim board members they couldn’t start until they were vetted by the State Security Agency (SSA). But Dlodlo’s appointment seems to have cleared the way, an indication of the factional politicking around the SABC.

The fact that there is an interim board is due to the parliamentary SABC inquiry, which was established in November 2016 and delivered its hard-hitting findings in March 2017. The inquiry was the result of politicking by one grouping within the ANC opposed to years of turmoil at the public broadcaster. It came after the governing party was deeply embarrassed by the vociferous public pushback against the SABC ban on visuals of protests in the run-up to the 2016 local government elections. After weeks of public hearings, deliberations and wordsmithing, the inquiry recommended that while Parliament needed to scrutinise its quality of oversight, the interim board needed to tackle the financial and governance troubles.

Among the first order of business for the interim board was to withdraw the corporate plan and financials. These had been submitted to the minister, and presented in Parliament, without having been approved as is statutorily required by the board. Kweyama told MPs the documents presented on Wednesday were the “revised, correct” corporate plans and financial plans.

The interim board is reviewing the 90% local content quota given the different individual radio stations’ licensing requirements. Already the SABC has reverted to its 2004 editorial policy, the one in place before Motsoeneng’s unilateral changes. Interim board member Febe Potgieter-Gqubule told MPs the board would now start a public consultation process “as part of confidence building and part of the national debate what a public broadcaster should be doing”.

Contracts are being reviewed, including those with MultiChoice in terms of which the SABC effectively handed over its archives in return for two channels on the pay TV platform, and the controversial business breakfasts hosted by the Gupta-linked The New Age. And the outsourced television licence contract, which ends in July, is to be terminated. The SABC had in-house capacity of 164 employees in its television licence department, said interim board member John Matisonn, an apparent R449-million shortfall in the just over R1-billion projected revenue from the outsourced television licence contract.

But there are further financial pitfalls, related to moving from analogue to digital. “We buy 2017 content and store it in 1980s format (on tape),” said interim SABC board deputy chairperson Mathatha Tsedu.

None of these issues arose when acting Chief Executive Officer, Chief Financial Officer James Aguma, told MPs the SABC expected to break even this financial year, although he highlighted the stress on the public broadcaster’s purse by unfunded public mandates, or the broadcast of sports and events of national importance.

His tone was flatter than at the committee meeting just two months earlier, when there were just some issues, and distinctly more subdued than last year when members of the previous board were also present. Whether this is an indication of concrete and sustainable changes at the public broadcaster remains to be seen.

But Kweyama presented a frank assessment. “The SABC has not been behaving as a public broadcaster of late,” she told MPs, later addressing finances: “We would be ostriches if we pretended we are not in dire straits”. DM