House of Cards: Court slaps down Ntlemeza’s plea for Mbalula to back off 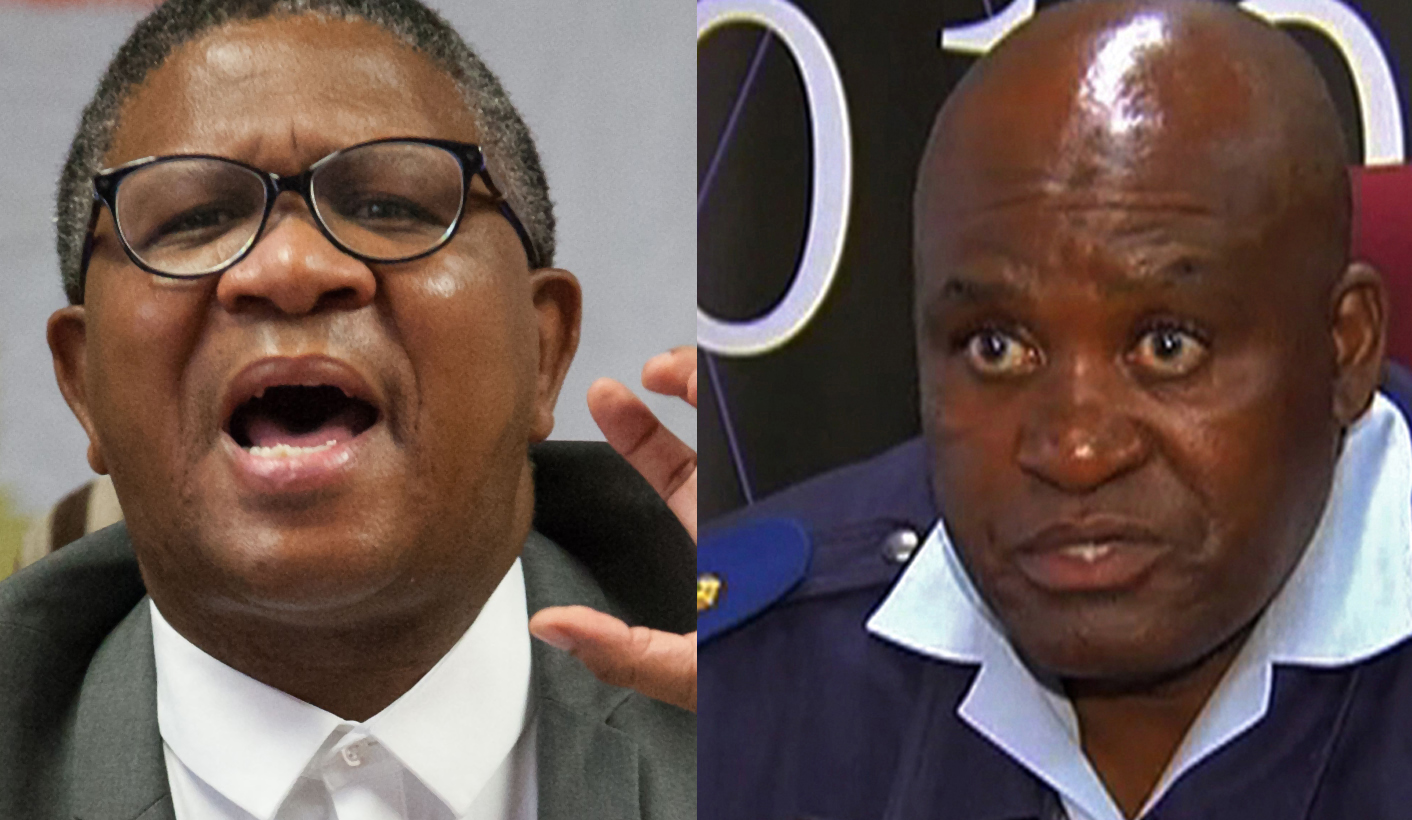 Embattled Hawks head Mthandazo Berning Ntlemeza will have to sit it out in the cold for a while longer. On Tuesday the North Gauteng High Court struck from the roll Ntlemeza’s application to stop Minister of Police, Fikile Mbalula, from preventing The Bern from returning to his job. The matter was not struck because of any legal technicalities, but rather because Ntlemeza’s legal team had filed late and had failed to properly number and index the document as required by the court. By MARIANNE THAMM.

No longer “armed” or “dangerous”, former Hawks head Mthandazo Ntlemeza has suffered yet another legal setback and has now to pin his hopes on professional survival (long past retirement age) on an application making its way to the the Supreme Court of Appeal.

While Ntlemeza’s legal team on Tuesday had asked the court to postpone the matter to May 16 so that documents could be properly collated, Judge Bill Prinsloo was having none of it, saying that both parties in the matter, Ntlemeza and Mbalula (who also filed late), could re-enrol the matter once they had got their shit together.

Ntlemeza approached the court after newly ensconced Minister of Police Fikile Mbalula had arrived at the Hawks headquarters in Silverton, Pretoria on April 24, the day Ntlemeza returned to work after the Easter break. Mbalula had given a press conference berating the Hawks head. Ntlemeza had, in the meantime, made a swift exit in a state vehicle, taking his phone and gun with him.

“We have been informed that General Ntlemeza entered the management meeting of the Hawks at their headquarters and he ordered the head of supply chain to give him a car which is roaming around the streets of Pretoria or wherever he is … And he has got a cellphone of government and state in his possession,” said Mbalula at his presser.

Mbalula then ordered acting commissioner of police, Lieutenant-General Kgomotso Phahlane, to hunt down Ntlemeza and retrieve the car and phone. Both have subsequently been returned to the state. Comfort Ngidi, Ntlemeza’s lawyer, said the cellphone had been “quite possibly wiped of all sensitive information, because my client still feels he must protect the country”.

Ntlemeza is a serial loser when it comes to the courts but none of this has deterred him, former Minister Nathi Nhleko or his legal team from forging ahead, no doubt adding to the ever-growing legal bill someone will have to foot at the end of the drawn-out saga.

At the filing of the application on April 26, Ngidi explained that his client would not be returning to work until the court had provided direction with regard to the interdict brought against Mbalula.

In his affidavit applying for the interdict against Mbalula, Ntlemeza provided his version of what went down on the Monday he attempted to saddle up.

“I resumed official duties but at approximately 13h00 the First Respondent [Mbalula] came to the headquarters and held a press conference. The First Respondent lambasted me in front of journalists, stating that he does not recognise me as the National Head of the DPCI because the judgment of the Full Court is operational and he is executing it.”

Matters “escalated”, said Ntlemeza, when Mbalula “in his bellicose speech and military attitude stated that I should return the official vehicle and cellular telephone”. Ntlemeza claimed Mbalula was “on the warpath and has evinced a settled determination not to recognise me”.

The striking of the matter from the roll on Tuesday means Ntlemeza may not return to work – yet – while there is still some doubt as to whether he technically is still Hawks head.

It was an original application brought by the Helen Suzman Foundation and Freedom Under Law which led to the North Gauteng High Court overturning Ntlemeza’s appointment by former Minister Nathi Nhleko. The HSF and FUL also secured an execution order that the court’s decision would remain in effect whether or not there were any applications or petitions for leave to appeal by Ntlemeza.

In what the HSF has claimed to be one of the most complicated legal cases it has ever dealt with, Ntlemeza’s lawyer then filed a notice of appeal under Section 18 of the Superior Courts Act against the execution order, which is why Ntlemeza pitched up for work on that Monday and why he is still under the impression that he’s top cop.

Ngidi has argued that Ntlemeza remains head of the Hawks as Section 18(4) of the Superior Court Act provides his client, as the aggrieved party, the automatic right to appeal and that the original order be suspended pending the outcome of this appeal. It is likely that the appeal will be heard in June.

Top cop or not top cop? That is the question. DM