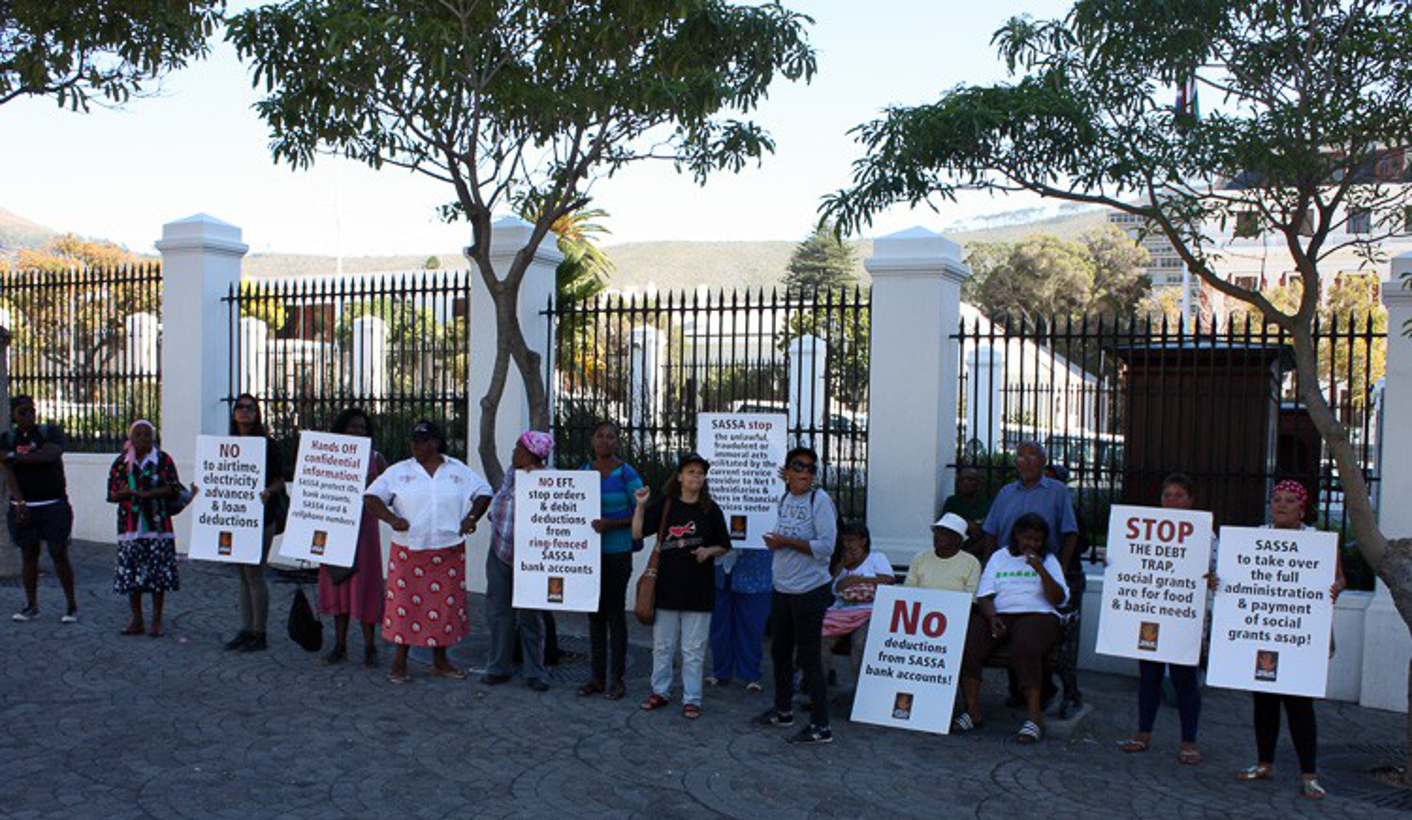 The High Court says Sassa beneficiaries should be allowed to choose how they use their Grindrod bank accounts. By Barbara Maregele for GROUNDUP.

The North Gauteng High Court ruled on Tuesday that South African Social Security Agency (Sassa) beneficiaries should not be restricted with how they choose to use their Grindrod bank accounts.

The matter was brought by Net1 and its subsidiaries, including Cash Paymaster Services – that distributes grants to around 10 million beneficiary accounts – against Sassa and the Department of Social Development. It follows revised Regulations 21 and 26A to the Social Assistance Act 13 of 2004 which were published in May 2016 to stop deductions from the bank accounts of grant recipients.

These regulations were challenged by Net1, its subsidiaries and other companies. The matter was heard over two days starting on 17 October 2016. The main issue in this case is the legality of the new regulations. It is Sassa and the department’s interpretation that all electronic debits, stop orders and electronic fund transfers be prohibited from the Grindrod accounts.

Last year, Sassa instructed CPS and Grindrod to stop all debit orders immediately when the new regulations were promulgated. Net1 and its subsidiary companies contested this, arguing that the Grindrod bank accounts should be unrestricted. They also wanted the new regulations to be declared invalid.

The Black Sash, whose application to intervene in the case was denied, argued that if the Court ruled in favour of Net1, that the Minister of Social Development should be given the opportunity to fix the regulations in order to protect grant beneficiaries from exploitative practices.

On Tuesday, the judgment stated that CPS “resisted implementation” of the new regulations as it would affect the operation of beneficiary accounts “that translates into a value of approximately R550-million a month”. It states that the SA Reserve Bank cautioned that the regulations “would disrupt the system of collecting and payment by creditors and debtors” and could result in a “broader economic” impact.

It stated that Sassa and the department’s interpretation militates against the new regulations when it’s read alongside section 20 of the act which states that grants may not be ceded, transferred or pledged or in any other way be used without the Minister’s written consent.

Acting Judge Corrie van der Westhuizen in his ruling said that while Sassa paid CPS to pay the monies to beneficiaries, the accounts with Grindrod were held in the individual’s name.

“The grant recipients hold their accounts subject to the terms and conditions of the respective bank accounts. No contractual relationship exists between Sassa and Grindrod … Any debit order against an account at Grindrod is made after the grant is paid into the said account,” Van der Westhuizen said.

“It is clear that once the grant is transferred … it operates as any bank account at any Commercial Banking Institution. There is no difference and Sassa equally has no control over such account with Grindrod as it doesn’t have over any account,” he said. Van der Westhuizen added that the debit order “is nothing other than a payment of a legitimate debt” and that it “does not amount to a transfer, pledge or encumbrance” of grants.

Van der Westhuizen said that the applicants were “entitled to a declarator”. He also rejected applications by organisations like the Black Sash to intervene as amici curiae.

Sassa and Social Development were ordered to pay the costs for the application.

After the ruling on Tuesday morning, the Black Sash, which has been monitoring the case, said the ruling has dealt another blow in their battle to have all deductions stopped on Sassa bank accounts.

The advocacy group has previously argued that Net1 subsidiaries often targeted grant recipients. In recent years, Black Sash has been inundated with scores of complaints by beneficiaries over unauthorised deductions for airtime, electricity and loans.

It is unclear whether Sassa or the Department are planning to appeal the judgment. DM