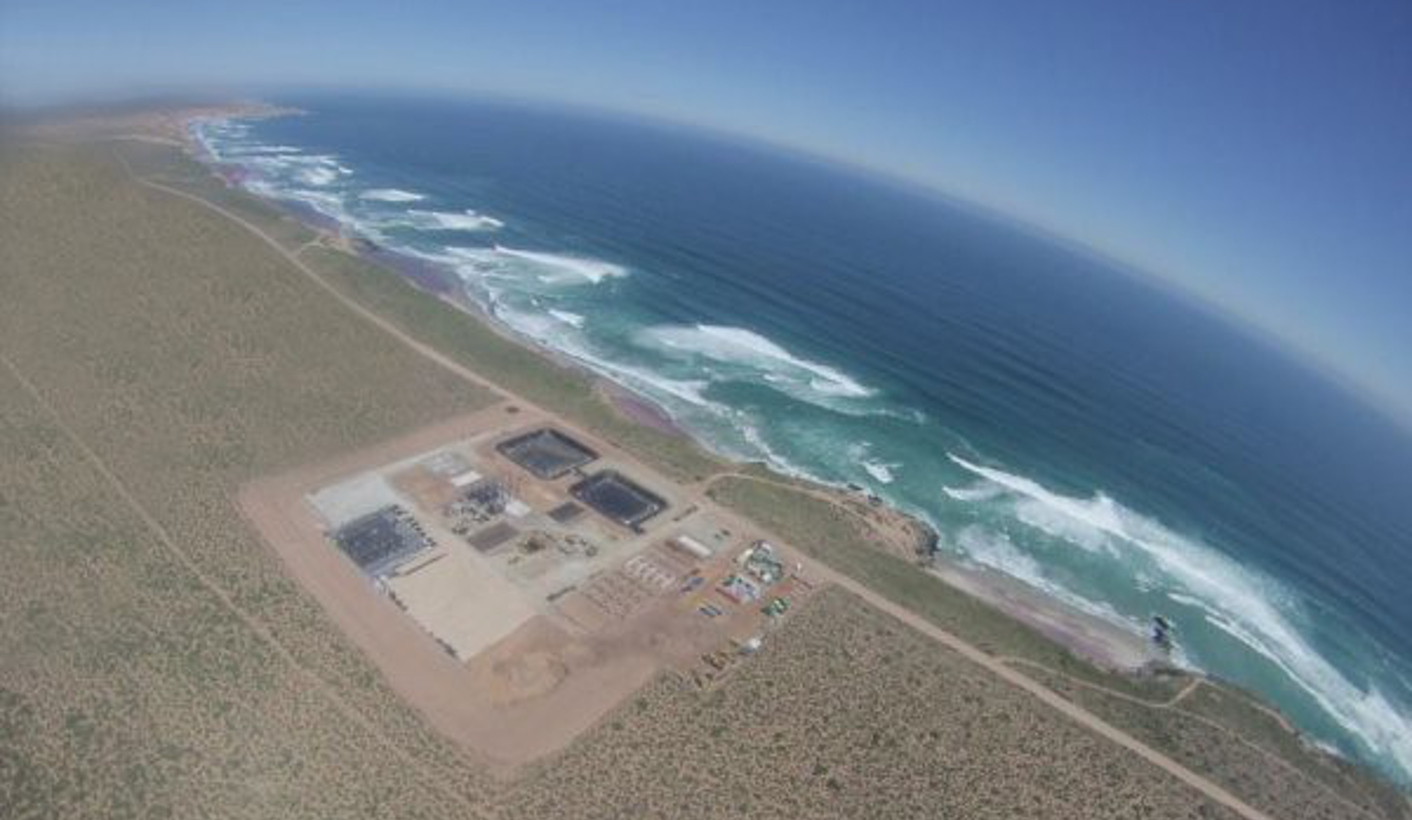 New mining area would include 10 beaches on the West Coast. By John Yeld for GROUNDUP.

Controversial West Coast mineral sands mine Tormin is applying for a major extension of its mining rights, despite unresolved environmental issues and alleged unlawful practices within its current operational area.

These include investigations of criminal charges over alleged contraventions of the mine’s legally approved environmental management programme, and into the causes of the collapse of a huge sea cliff directly in front of the mine.

The Department of Mineral Resources (DMR) is keeping silent on the issue. Despite reminders, it has ignored a comprehensive set of written questions from this writer about any actions it plans in response to a recent High Court case, where the mine’s alleged environmental mismanagement was aired.

Although the DMR appears reluctant to act, some aspects of Tormin’s operation may still be investigated by the Department of Environmental Affairs (DEA), even though this department’s role in mining has been significantly watered down by the introduction of the government’s One Environmental System for the industry in December 2014.

Mine owner and operator Mineral Sand Resources (MSR), an Australian-owned company, wants to extend mining into 148-hectares in three sections, including 10 beaches along a stretch of coastline north of the existing mine. The proposal triggers some so-called “listed activities” in terms of the National Environmental Management Act (NEMA) that require a formal environmental impact assessment (EIA) process.

Through its consultants SRK Consulting, the mining company issued a “Background Information Document” about the proposed mining extensions in January, and at the end of April it released a Scoping Report – the first stage in the EIA process setting out possible environmental impacts that require detailed investigation – inviting interested parties to register and comment.

MSR says that unless its application to extend operations is granted, it will probably have to close the mine. The decision on whether to approve the mining extension and issue the required environmental approvals lies with the DMR in terms of the One Environmental System.

Its pre-eminent responsibility for environmental monitoring and compliance enforcement of all mining operations under this system was confirmed in the recent Western Cape High Court case brought by MSR. Judge Owen Rogers found in favour of MSR, to the effect that the warrant authorising a search-and-seizure raid at the mine in response to complaints of alleged environmental contraventions was invalid, and he set it aside. However, he also made it clear that this decision did not preclude a future search-and seizure operation in respect of the same complaints, if the warrant was properly authorised.

Judge Rogers also refused MSR’s application for evidence seized during the search-and-seizure to be destroyed, so it clearly still has a case to answer at Tormin – including management’s alleged role in the collapse of the sea cliff.

Any decision to start a new investigation of Tormin’s alleged breaches must be taken by the DMR. But this department has a poor record of compliance enforcement, and its new enhanced dual role of actively promoting mining while also playing policeman to prevent environmental abuses has resulted in a conflicted mandate.

“It’s a huge conflict of interest for the department tasked with promoting mining, to also be mandated to protect the environment,” says Tracey Davies of the Centre for Environmental Rights (CER), a non-profit public interest organisation and law clinic that was one of the complainants. “And this case proves that the DMR has no incentive to monitor and enforce compliance. This is what we predicted before the One Environmental System came into force, and what we and many others made detailed submissions to Parliament about. It’s very, very frustrating. And because the DMR is not carrying out its environmental mandate, these issues always end up in court, which is expensive and time-consuming.”

Under the One Environmental System, the national DEA’s role has been severely reduced, although it can still act in some limited circumstances.

The DEA told GroundUp it had decided not to appeal the Tormin judgment, in which it was the First Respondent. “But (we) will be taking steps to engage the Department of Mineral Resources as the judgment places a significant onus on them to take the necessary enforcement action in relation to the mine’s non-compliance with… the Environmental Impact Assessment regulations,” DEA’s Chief Director of Communications Albi Modise said. “DEA will be moving forward in relation to contraventions of the Integrated Coastal Management Act (ICMA), after consulting with the DMR.”

DEA’s responsibility for compliance monitoring and enforcement in terms of ICMA, which has relevance at Tormin, was not challenged during the High Court case. DM

The Tormin Scoping Report is available for public review and comment, and a public Open Day is being held at the Lutzville Hotel on Wednesday 10 May. See http://www.srk.co.za/en/za-tormin-mine-extension or contact Jessica du Toit of SRK Consulting, [email protected], 021 659 3060

Photo: Aerial view of Tormin mine on the west coast. Photo from Tormin promotional video.