Analysis: Ramaphosa or Dlamini-Zuma, it will take more than a change of president to fix the ANC 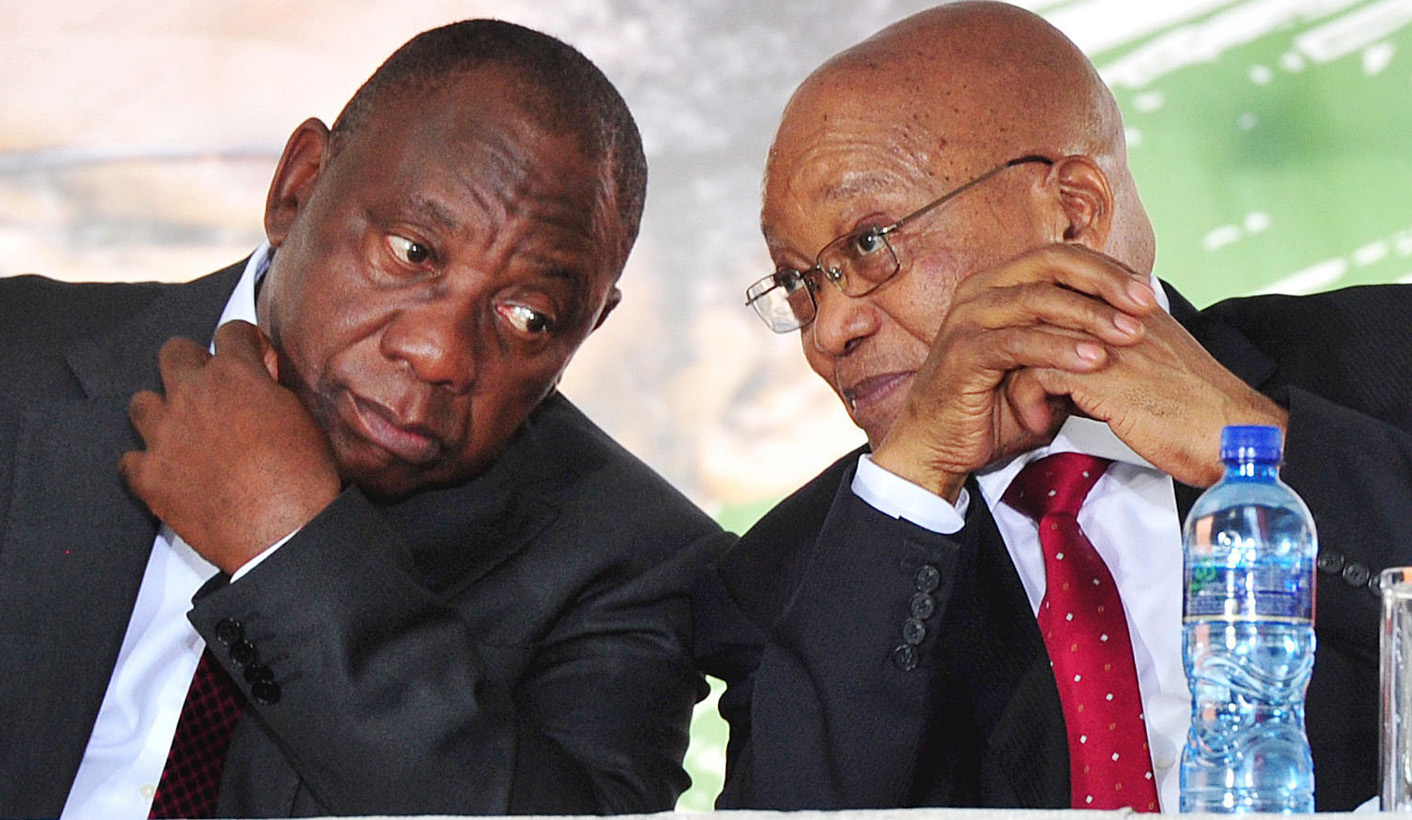 While it is obviously too early to say who will win and who will lose, and who will simply embarrass themselves, in this year’s ANC leadership race, it does appear that Deputy President Cyril Ramaphosa is building some momentum. From his public comments about leadership last week to the way in which he is speaking at the ANC meetings, it is apparent he believes he has a strong chance. For many people, this would be the best possible outcome, both for the ANC, and for the country. This may in fact be the case. But it would still not necessarily bring us any closer to solving the problems we face as a country, and as a society. And it certainly would not bring much peace to the ANC. By STEPHEN GROOTES.

To hear most people involved in politics speak, there are two main scenarios in play for the ANC. Nkosazana Dlamini-Zuma can win in December, and the party may lose the 2019 elections (and certainly Gauteng). Or, it could elect Ramaphosa, and stand a chance of really renewing itself, and actually winning another sizeable majority in two years time. But these analyses are just too simplistic if we want to understand some of the real problems facing the ANC. They do not actually diagnose the real problems that it is facing.

Consider this simple series of questions. Should Ramaphosa win, and should he even win relatively easily in the ANC’s leadership contest, what would be the next question the party would face? It would have to be, obviously: should President Jacob Zuma be recalled from office? Consider the evidence that he should: the Guptas, Nkandla, corruption generally, and then of course the damage he could do while staying in office for another two years. And that’s before one considers what would happen to the ANC’s image with another two years of Zuma at the helm at the Union Buildings.

But it doesn’t stop there. If Ramaphosa wins, would Malusi Gigaba ever give a Budget speech? What about Bathabile Dlamini? And the security cluster as a whole and the secrets they keep and the secrets they’ve stolen? What about Faith Muthambi, Des van Rooyen, Mosebenzi Zwane, Nomvula Mokonyane? Ramaphosa would never be able to manage a situation where he was leader of the ANC and Zuma still controlled the security cluster; it would just be untenable.

Now, remember, for a moment, the damage the Mbeki recall did to the ANC. It led directly to the formation of Cope. A year later, the ANC lost a million votes to that upstart. And while Cope did implode 12 months after that, the damage had been done, the party had lost the impression of overwhelming dominance it had once enjoyed. And it seems likely that many urban black votes gained by the DA over the last few years may have come from the ANC, via the way of Cope. The last thing the party would want to do would be to give its supporters more choices that are seen as legitimate, in a way that some people do not see the DA as being.

And this is actually on a very good reading of the situation for the ANC. Because Zuma and Thabo Mbeki are very different people. Mbeki took the option of resigning when faced with a decision from the ANC’s national executive committee to recall him. It’s been said before, and it will be said again before December, Zuma’s track record suggests that he is a very different person.

Imagine, for a moment, the damage the ANC would suffer if it did recall Zuma and he simply refused to go.

Surely, a party that is seen as that divided would be punished at the polls in 2019 in a way that may seem difficult to imagine now. Of course, if there is even just one party contesting under the ANC banner.

If you dig down deeper into the ANC’s structures, the problems just get worse and worse. While Mbeki may never have been the most popular of leaders, he never appeared to incite provincial ANC leaders and provincial premiers into open revolt. It may be difficult to say the same of Ramaphosa. If he wins, it would probably be against the wishes of most of the party’s provincial leaders. That in itself would make big leadership meetings difficult. Bear in mind that the provincial leaders themselves would have been humiliated, in that they were not able to exert their will in the national ANC election. They would feel stung, and surely try to weaken Ramaphosa at every turn.

Just consider the first trip Ramaphosa would make to the Free State for example, and the volume of the booing that he would face.

If there is one thing that Ramaphosa would have to confront to ensure victory for the ANC in the 2019 elections, it is surely corruption. Time and time and time again, we are confronted with stories of ANC-led or sanctioned corruption. Whether it be suspicions of grand corruption such as Eskom Chair Ben Ngubane’s refusal to suspend his acting CEO Matshela Koko, or the almost petty corruption of Bathabile Dlamini and her spokesperson getting free VIP protection for their children, it seems a culture of corruption has taken over.

It was in 2007 that then ANC Secretary-General Kgalema Motlanthe said that “this rot is across the board… Almost every project is conceived because it offers opportunities for people to make money”.

Even the most diehard ANC supporter would surely have to admit that this has certainly not got any better in the last 10 years.

It could be argued here that the ANC had firm policies in place on, say, AIDS and crime during the Mbeki years, and that these were reversed pretty quickly after Polokwane. That’s true. But the difference is that Mbeki’s AIDS quackery never took hold of the ANC’s culture. It may be difficult to say the same of corruption. And of course, so many people are involved that it may simply be impossible to act against all of them. Even with the best will in the world, it may simply be that if you were to charge all of those involved in corruption in the ANC, you may be left with almost no one senior enough to run the country’s government. The party’s supporters may say that that is unfair. But there is vanishingly little evidence of the ANC acting against its own cadres accused of corruption. Despite the best efforts of some its members, leaders and structures.

It is important to say here that that may not be true, that in fact the party could renew itself. But it seems incredibly likely at the moment, when you realise that this actually started with the Sarafina II scandal back in the 90’s, during the presidency of Nelson Mandela. It has become simply not done to act decisively against corruption in the ANC. This is a party that not only carried Tony Yengeni on its shoulders to prison, but actually elected a man who we all knew was corrupt as its leader in 2007.

All of this does not mean that Ramaphosa would necessarily be the wrong person to be leader of the ANC after December. For all of the problems he would face, he would surely stand a better chance of winning the 2019 poll than Dlamini-Zuma (who this week told off a journalist for calling her “ma’am” instead of “Dr Dlamini-Zuma”, and has previously refused to answer questions about her VIP security detail). But it also shows that his victory would have to only be the start of a much longer process in the ANC, rather than the end of it, for the party to actually have a long-term future in government. DM

Photo: President Jacob Zuma and Deputy President Cyril Ramaphosa at the Freedom Day celebrations held in Manguzi, uMhlabuyalingana in KwaZulu-Natal under the theme “The year of OR Tambo: Together deepening democracy and building safer and crime free communities, 27 April 2017. (Photo: GCIS)