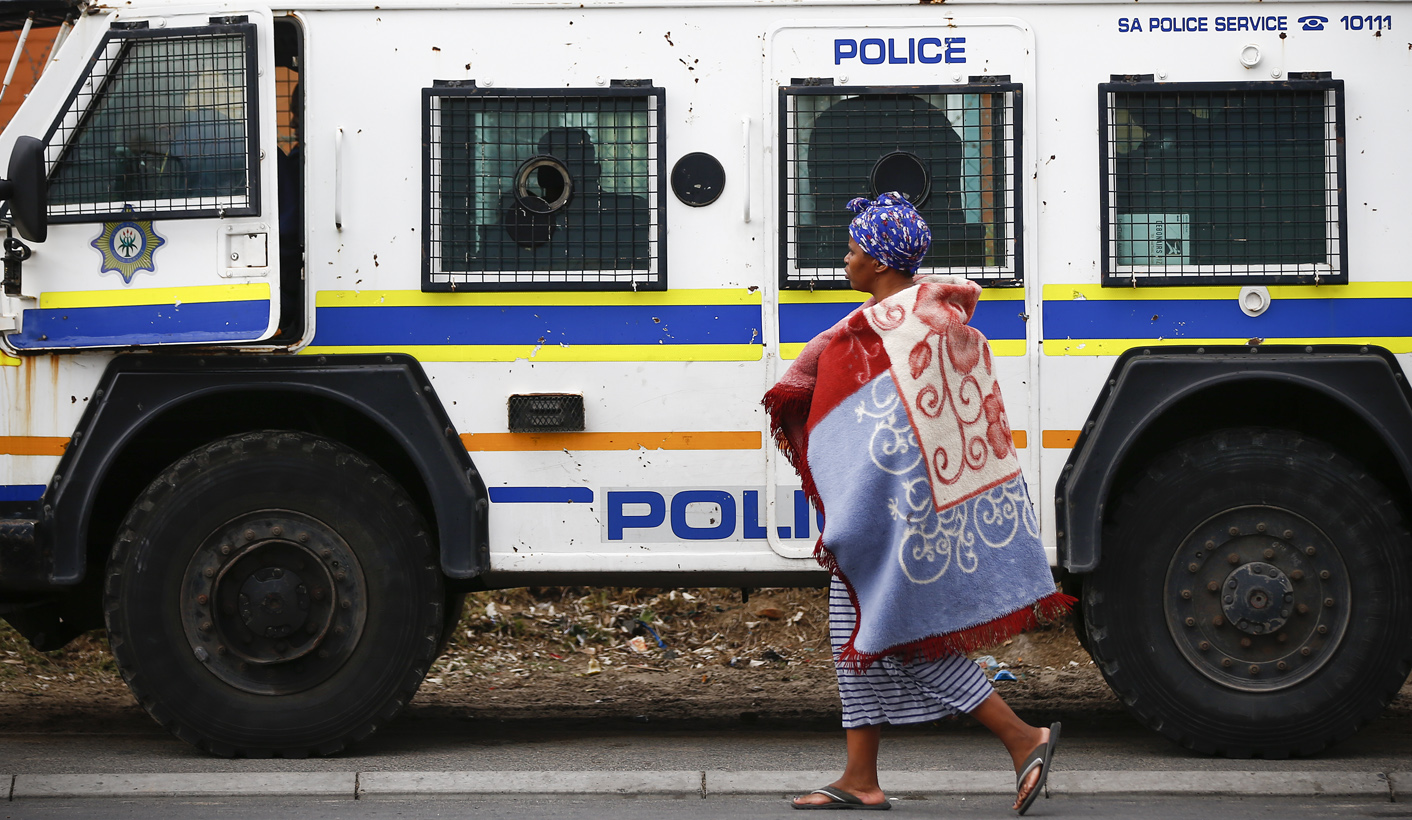 Can focusing on anti-corruption help the public regain trust in SA’s police? By Johan Burger for ISS TODAY.

Corruption has infested the South African Police Service (SAPS) to the extent that public confidence and trust in the police have been seriously eroded. And unless this corruption is effectively tackled, it will be almost impossible to fight corruption in the public and private sectors.

The police currently have no dedicated capacity to combat corruption in their own ranks, but there are signs that this might change.

In their latest Annual Report 2015/2016, the SAPS announced a process to establish ‘a dedicated capability’ in the Detective Service to conduct criminal investigations against members allegedly involved in corrupt and fraudulent activities. This, along with an apparently new commitment to finalising and implementing the SAPS’s anti-corruption strategy, is indeed promising.

The police should reflect on the lessons of the previous SAPS Anti-Corruption Unit (ACU) prior to its closure by former national commissioner Jackie Selebi before he was convicted for corruption. In 2000, the ACU investigated about 4,000 corruption cases annually.

In stark contrast, the 2015/2016 SAPS annual report states that only 1 057 incidents of police corruption were reported during that particular financial year. This is slightly up from the 990 incidents the previous year.

This is a peculiar discrepancy, since there were about 50 000 fewer police members in the SAPS in 2000 compared to 151,834 members in 2015/16. So, despite having one third more police members, the SAPS is now investigating 75% fewer incidents of corruption.

A new Institute for Security Studies (ISS) policy brief by Dr Johan Burger and Brigadier (Ret) Stefan Grobler argues in favour of re-establishing a dedicated anti-corruption unit for the SAPS. Grobler was head of the ACU from 1996 to 2003, and Burger is an ISS consultant and former major-general in the SAPS.

Currently, responsibility for addressing police corruption appears to rest with a number of ‘mechanisms’ located throughout various structures of the SAPS. According to the latest annual report, there are ‘several internal and external mechanisms’ to be used by members of the SAPS for reporting corruption and fraud. The report identifies some of these mechanisms as:

The Integrity Management Unit of the Directorate for Priority Crime Investigation (commonly known as the Hawks).

The Integrity Management Section of the SAPS Personnel Management Division.

But apart from the Hawks’ Integrity Management Unit, these mechanisms are primarily designed for reporting and detecting corrupt or fraudulent activities, and not for investigating them.

As for the investigative responsibility of the Hawks, their mandate is limited primarily to corruption allegations against their own members, and other SAPS members only if they occupy the rank of colonel and above – who make up only 2% of all SAPS members.

Acts of corruption committed by the remaining 98% of SAPS members are investigated at police station level. This is an intolerable situation according to Burger and Grobler, given the well-known challenges associated with police members investigating one another.

Fortunately the SAPS doesn’t have to start from scratch in establishing their new dedicated anti-corruption investigative capacity. The ISS policy brief provides insights into the key lessons learnt from the previous ACU if such capacity is to be effective.

The most important of these lessons is that the SAPS cannot sit back and wait for corrupt acts to be reported – both the corrupt police officer (the one receiving the bribe) and the corruptee (the person paying a bribe) are committing a crime, and neither will have an interest in reporting the other.

Corrupt and seasoned police officers know how they may be investigated and will also have the ability to interfere, both aggressively and subtly, with any investigations against them. In setting up a specialist corruption-fighting unit, it is important to keep in mind the intrinsically difficult task that such a unit faces. It will have to function in an environment that can become extremely hostile.

Experience has shown that detectives charged with investigating their colleagues are often looked upon as disloyal and traitorous. In more serious cases, this could lead to intimidation and retaliation – actions that may compromise investigators’ safety.

For an anti-corruption unit to be successful, a number of minimum requirements must be put in place. These include dedicated resources that are not recognisable as belonging to the SAPS for covert investigation purposes, and the unwavering support of SAPS management.

Selecting the right people is vital for success and therefore the recruitment process must include psychological testing, thorough background checks, as well as integrity tests, including the use of polygraphs. These tests should be repeated at regular intervals and it is advisable that external service providers be used for this purpose.

The South African Police Service Act (68 of 1995) should be amended to specifically provide for the functioning and powers of an anti-corruption unit. This is necessary to ensure that it cannot easily be shut down if, for example, it needs to investigate top police officials or their links to powerful politicians.

The mandate of the unit should include the investigation of allegations or evidence of corruption involving members of the SAPS and civilians who act in concert with them.

Corruption-related offences should be defined in the act, but usually they entail abuse of power, nepotism and defeating the ends of justice, where any form of reward is received for acting or failing to act as required by law.

If the SAPS can learn the lessons of the past to establish a well-led, well-resourced and dedicated anti-corruption investigative unit that is fully supported by its management, it will have a much better chance at reducing and eventually rooting out the rot of corruption.

This will produce a more effective policing agency and increased levels of public trust and support for the police. DM