Op-Ed: Walter Sisulu – a symbol of wisdom and collective leadership 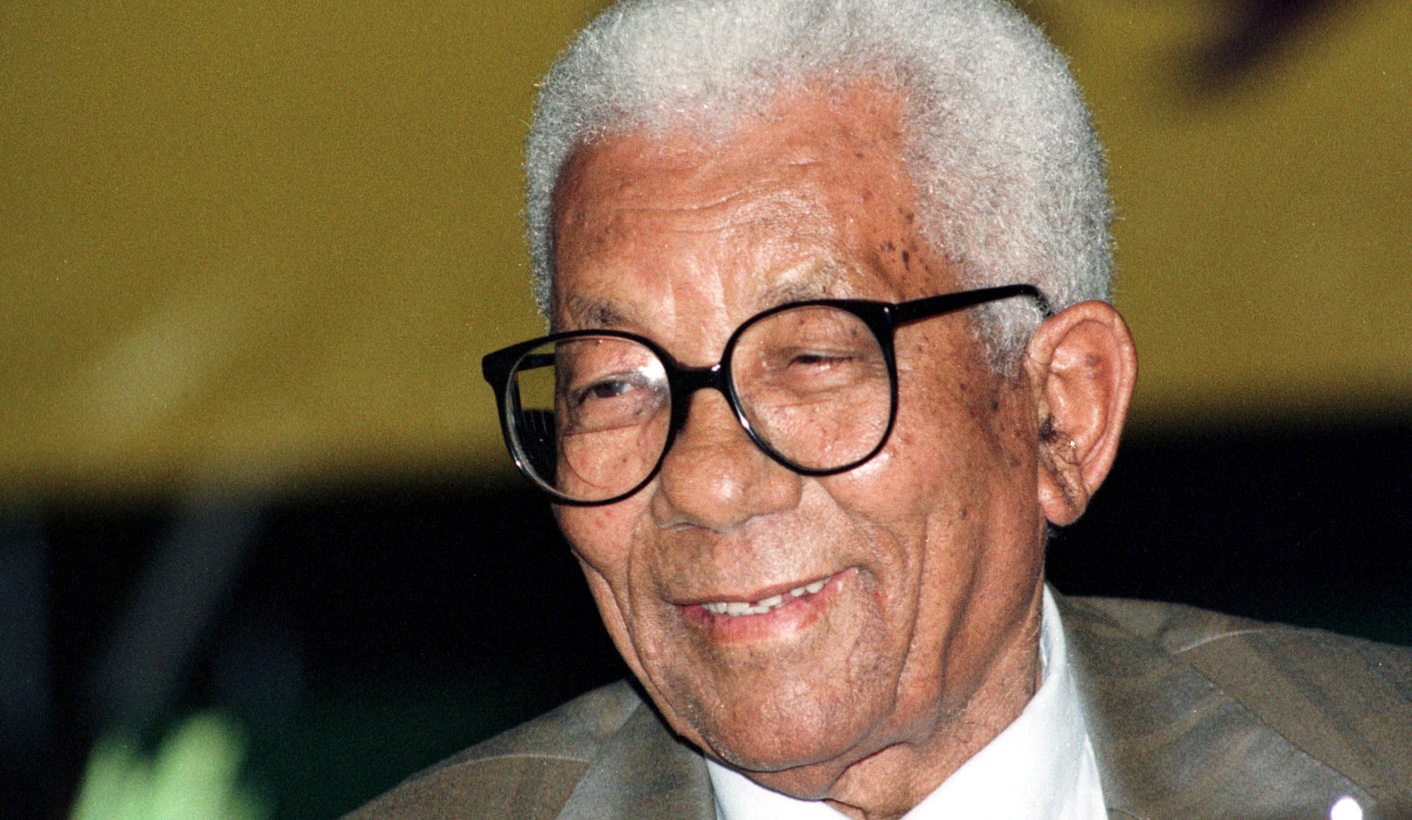 The ANC can’t continue standing on the fence; it has a painful choice to make: either the ANC as a collective acts against those leaders that are causing the organisation to go astray, or we shall suffer the wrath of our people in the next elections in 2019. By LEBOGANG MAILE on the anniversary of Sisulu’s death.

On 5 May, 14 years ago, just before the crack of dawn, former ANC Deputy President comrade Walter Sisulu departed from the land of the living and went on to settle permanently in the land of the departed, occasioned by a sombre send-off at the majestic Orlando Stadium, in Soweto. In paying tribute to this phenomenal figure, trailblazer and giant of our struggle, former ANC President Comrade Nelson Mandela said the following:

“His greatness as a leader derived from his humility and his ingrained belief in and respect for collective leadership. He knew and taught us that wisdom comes from sharing insights and listening to and learning from each other. He was always the unifier, never a divider where others of us would speak a hasty word or act in anger; he was the patient one, seeking to heal and bring together.”

These poignant words of farewell by former President Mandela to our colossus, Comrade Sisulu – an embodiment of the ANC-headed Alliance’s founding values of “respect for collective leadership” – linger long in our collective memories, amid the political conundrum the ANC and the broader Alliance finds itself in during the current dispensation.

While we remember this giant leader and pathfinder of our national liberation and struggle for people’s power, it is important that we draw lessons from his political wisdom and leadership qualities. Comrade Sisulu’s brother-in-arms, former President Mandela, explicitly stated that comrade Sisulu “was always the unifier, never a divider where others of us would speak a hasty word or act in anger”.This is a very important attribute, which is currently lacking in our discourse and conduct as a revolutionary movement and alliance.

In the recent past, the rank-and-file membership of the ANC have witnessed those in higher leadership structures jostling for power and undermining the likes of comrade Sisulu’s revolutionary legacy. Not long ago during the late hours of the evening, ANC President comrade Jacob Zuma, using his constitutional prerogative, reshuffled his Executive. President Zuma’s reshuffle plunged the markets into crisis, and our economy was downgraded to junk status by ratings agencies. In response to this, there was a groundswell of condemnation of the President’s decision by various alliance structures. The most striking, though, was the posture taken by officials of the ANC, namely the Secretary-General; Deputy President and the Treasurer-General.

Inflicting more pain in this gaping wound was the heckling of former Finance Minister comrade Pravin Gordhan and ANC Treasurer-General Dr Zweli Mkhize, at the memorial service of comrade Ahmed “Oom Kathy” Kathrada, by a rowdy mob clad in ANC Youth League T-shirts. What was even more concerning was the heckling and booing of ANC leaders in some of the May Day rallies organised by our trusted ally Cosatu.

These unfortunate actions brought into focus a key and fundamental question: do we have a leadership collective in the mould of comrade Sisulu and his generation in our day? It is quite clear to all and sundry that the ANC-headed alliance needs a leadership collective that puts the interests of the people and the alliance first, not their own. If we can cast an eagle eye on the current NEC; PECs or RECs, we might find a few among the current crop of leaders who are steeped and immersed in the revolutionary values, traditions and culture of comrade Sisulu’s movement. Already, our tails are stuck behind our backs, as a result of the electoral setback we suffered during the last local government elections, and the many own goals we continue to score, that are putting the movement’s name in disrepute.

Currently our country is a ticking time bomb as a result of the wrong political choices or decisions taken by our leaders in a number of arenas that affect our body politic. Some of these decisions are damaging the organisation of comrade Sisulu deeply. The ANC can’t continue standing on the fence; it has a painful choice to make: either the ANC as a collective acts against those leaders that are causing the organisation to go astray, or we shall suffer the wrath of our people in the next elections in 2019.

Accompanying this ugly reality is the fact that our country is among the most unequal on Earth, and has the highest number of service delivery protests, and in some instances police find themselves being called upon to protect public property or quell violent protests. This in some quarters is interpreted as undermining the basic tenets of our constitutional democracy as enjoyed by our people from all walks of life – the right to protest. It is also quite unfortunate that our quest to liberate our people economically through radical policies and interventions that will structurally transform the economy, so that we grow inclusively and equitably, has been hijacked by some among us for the sake of benefiting themselves as well as those who are closely aligned to them.

As part of regaining the trust of our people, we must advance the radical economic transformation agenda, as defined by the Freedom Charter.

It is within this context that as the ANC prepares for its 54th National Conference, it needs to act with revolutionary caution, in order to preserve our revolutionary morality and legacy, and elect credible and competent leaders. We must choose a leadership collective that is committed to pursue the movement’s agenda, as encapsulated in the Freedom Charter and successive electoral promises since 1994. Failure to adhere to this revolutionary call will lead to the ANC being ousted from power and vanishing into the history books just like other liberation movements in Africa. History is littered with great examples of this, a classic one being Zambia.

The best befitting memory we can give to comrade Sisulu is to remain loyal to the founding values of our movement – selfless service to the people without any material expectations or jockeying for position for personal gain. We need to elect credible leaders who are going to work tirelessly for the good of our people, and be truthful and accountable to those who have entrusted them with the responsibility to lead. DM

Photo: Anti-apartheid icon Walter Sisulu, a veteran of the struggle against white rule in South Africa and long-time friend of Nelson Mandela, died on May 5, 2003 aged 91. (Reuters)

Lebogang Maile is ANC Gauteng Provincial Executive Committee member (PEC) and Member of Executive Council (MEC) responsible for Economic Development, Agriculture and Rural Development. He writes here in his personal capacity as an activist and committed revolutionary whose focus is on fully liberating our people.