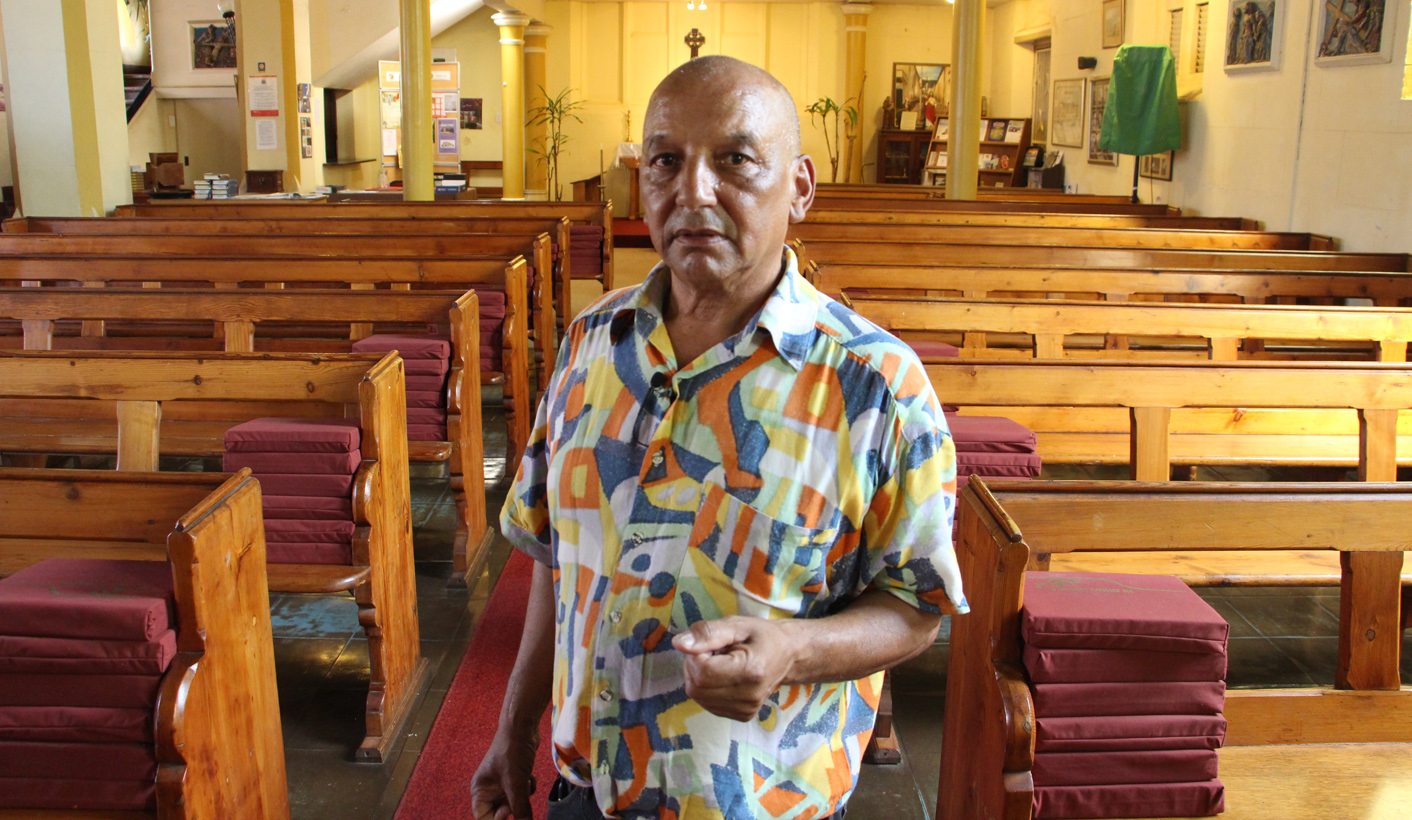 Apartheid may be fresh in the lived experience of many South Africans, but for a younger generation its details are barely remembered facts from history textbooks. When a Cape Town journalist realised that many students at the Cape Peninsula University of Technology did not know that the institute sits on the once-vibrant area of District Six, he resolved to take matters into his own hands. By REBECCA DAVIS.

Nazlie Connelly approaches a group of young students sitting at a table outdoors on the Cape Peninsula University of Technology (CPUT) campus.

“Do you know who lived here before?” she asks.

They look doubtful. “Apparently there was a gravesite…” one says, uncertainly trailing off.

“No,” Connelly says. “This was District Six. I lived here.”

District Six: a bustling community a short walk from the centre of Cape Town, where generations lived and worked. It was an area famous for its neighbourliness, of which Richard Rive would write in his novel ‘Buckingham Palace District Six’:

“In the evenings we would stand in hushed doorways and tell stories about the legendary figures of District Six, Zoot, Pretty-Boy and Mary, or show off about our prowess with the local girls… The young men went to parties or bioscope, and the older men played dominoes and klawerjas on the stoeps, holding the huge boards between them on their laps, and when they banged down the dominoes or the cards, hordes of flies would spin up and then settle down again. The young girls waited for the men to fetch them, all coy, demure and made up in the latest fashions. The older housewives came out with their wooden benches and sat apart from the men on the stoep and gossiped the mild evening away.”

By 1982, this was all over. Following the area’s classification as ‘whites-only’, over 60 000 residents – including the family of Nazlie Connelly – were forcibly removed to wind-blown, far-flung parts of the Cape Flats. Today, some have found their way back, thanks to the government’s slow restitution programme. Many more have not. And today, it emerges, many CPUT students do not know that the land on which their institution stands was once home to thousands of families.

“I don’t hold that against them at all,” says journalist Yazeed Kamaldien. “Many CPUT students are not from Cape Town, or have no family connections in the city where they are studying. They don’t know the history of the still contested space where they are every day.”

Discovering the extent of ignorance about District Six among CPUT students, however, led Kamaldien to produce a documentary film project called This Was Our Home. Over the course of short videos, it aims to inform students about the origins of their campus land. On camera, former residents like Connelly are seen walking around the CPUT site, describing what it once housed.

Photo: Former District Six resident Nazlie Connelly retraces her footsteps in the area where she grew up and was forcibly removed from during apartheid. Picture by Yazeed Kamaldien

“Nazlie Connelly was the first person that I interviewed and she was very funny,” Kamaldien says. “I enjoyed walking with her through the CPUT campus as she talked about atchar dites” (Cape slang for spicy food). But the longer they spent in the area, the more it became clear that Connelly’s humorous commentary was a means of hiding pain.

“Nazlie eventually said: ‘I feel like crying,’” Kamaldien remembers. “She then became quite angry – as evidenced in the film – and talked about how she feels that they were robbed, and that they want the land back. Nazlie’s family is still waiting for a house as part of the restitution process.”

Another 71-year-old woman told Kamaldien that being moved from District Six was “the most traumatic experience of her life”, because of the manner in which it was done: houses demolished; belongings thrown on to the pavement.

Not all the memories Kamaldien heard were painful. He was also told, again and again, of a community brimming with life, love, and laughter. When Kamaldien put out a call on Facebook for former District Six residents to share memories, the comments thread turned into a kind of impromptu reunion: “Oh my goodness, Aunty Farieda, I remember you!” wrote one Facebook user to another, in a typical exchange. “You lived close to Athwood Primary, you [were] also a dressmaker like my mom!”

Photo: The knitting group — women who meet weekly in District Six – are from families who have returned to the area under the government’s restitution programme. Picture Yazeed Kamaldien

“It was the rainbow before [Archbishop Desmond] Tutu’s rainbow,” Kamaldien says.

Those residents who were able to return to District Six 12 years ago, however, found that the rainbow could not be recaptured. Kamaldien’s videos capture a spirit of disappointment and disillusionment among those who were granted the right to return and a government house. One woman tells the camera that the quality of the housing they received fails to meet the minimum norms and standards.

“One resident told me they feel the whole process was immoral and there’s no justice in the restitution process,” Kamaldien says. “For me, it was important not only to rely on a sentimental version of telling the story of District Six, but also to look at the present situation. This is living history. It is happening now. The story continues to unfold and will for a while – until District Six is completely rebuilt and families return to the land from where they were forcibly removed.”

On Saturday, Kamaldien’s documentary will be screened at St Mark’s Anglican Church in District Six, followed by a dialogue between former District Six residents and current CPUT students. It is Kamaldien’s hope that through measures like this, students will come to a greater understanding of the context of the space where they are studying. CPUT supports Kamaldien’s project, and hopes to continue to communicate its history to students.

Kamaldien is too young to have experienced forced removals himself, but his grandparents and parents were moved from Claremont to Lansdowne during apartheid.

“Whenever I go to Claremont and look at the fancy malls, I do feel the injustice of forced removals,” he says, “because I know that my family lived there before.” DM

‘This Was Our Home’ will be screened at a public event open to all on Saturday 6 May 2017, at 10am, at St Mark’s Anglican Church in District Six.

Main photo: William Petersen, a former District Six resident, is pictured inside the historic St Mark’s Church during a scene from the video series This Was Our Home by Yazeed Kamaldien.