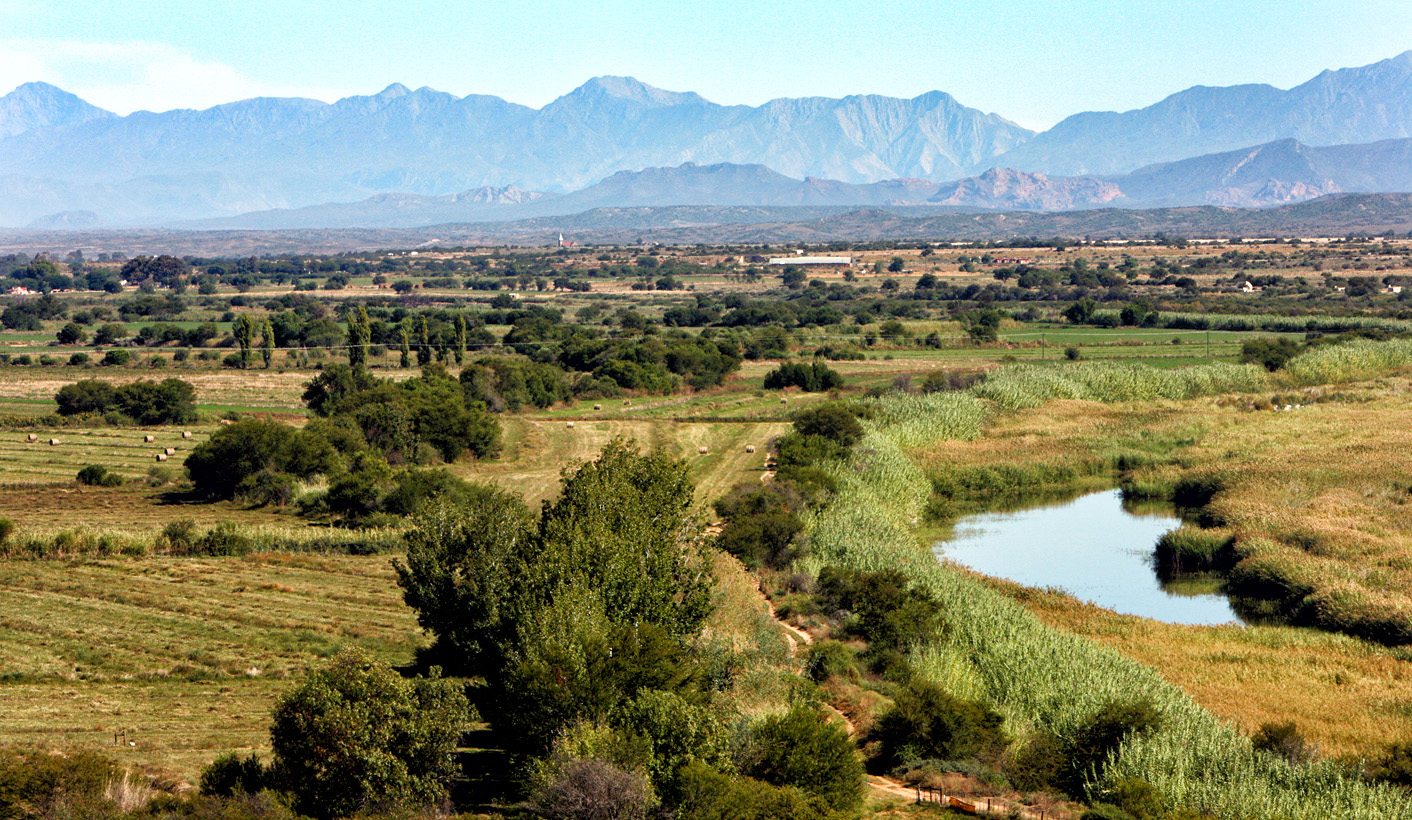 The President may be talking radical on issues of land, but inside Parliament’s committee on land reform, things are ticking along much as usual. If you wanted fiery rhetoric on Wednesday, you were better off moving across to Parliament’s public hearings on transformation in the financial sector, where Black First Land First’s Andile Mngxitama was on hand to threaten to dole out fisticuffs to those he perceives as propping up white monopoly capital. By REBECCA DAVIS.

Radical transformation may be the watchword of the day, but it was hard to detect in Parliament on Wednesday when the Department of Rural Development and Land Reform presented its plans for the year ahead. For all the recent talk of Zimbabwe-style land grabs, there is not much evidence of a shift – or even an acceleration – in government policy when it comes to its approach to land restitution.

It has been President Jacob Zuma who raised the temperature of the land debate recently, telling the Council of Traditional Leaders in March that the “time for action” over land was now.

“There are too many laws that deal with land reform, causing confusion and delays,” President Zuma was quoted as saying. “You can claim land today, but only at the time when you’re dead, your people will be given the land.”

There is evidence that there is considerable division within the ANC over land reform, which is set to be discussed at the ruling party’s policy conference in June. For now, though, what the Department of Rural Development and Land Reform is proposing for the year appeared uncontroversial enough to even win some endorsement from opposition parties.

In reference to the government’s Strengthening of Relative Rights for People Working the Land (50/50) Programme, for instance, the DA’s Thomas Walters told Parliament’s oversight committee that the DA supported such schemes, which could amount to “a potential breakthrough for political parties”.

The 50/50 programme, launched in 2015, sees workers and a farmer share ownership of a farm. The department has set 18 farms as a target for equity-share in this manner this year.

Other targets are similarly modest. The department announced on Wednesday that 454 land claims had been finalised in the 2016/2017 financial year, and in the year ahead it hopes to see this rise to 724.

For the benefit of MPs: the One Household One Hectare programme was launched in October 2015, and has previously been described by government as “a plan to allocate a one-hectare allotment to every needy household. Land acquired by the state will be surveyed by the Surveyor General, land use plans will be formulated, and a notarial title deed will be issued to each household. Any surplus land left over after each household is allocated their one hectare will be communally owned and designated for collective use.” This year, the department hopes to reach 5,000 households in this manner.

They may face some pushback. Last year, the African Farmers Association of South Africa (Afasa) voiced concern about the programme, saying that existing black farmers had not been consulted and asking for assurances that the programme would not affect their growth plans.

Had Black First Land First activist Andile Mngxitama been present, he might have had a thing or two to say. But Mngxitama was busy elsewhere in Parliament on Wednesday.

Invited to address the ongoing Finance Committee public hearings into the transformation of the finance sector, Mngxitama gave a predictably showy performance. The activist blamed white monopoly capital for capturing the banks, the courts and the media. To address matters, Mngxitama called for the nationalisation of banks and mines and the implementation of land expropriation without compensation.

Told that he had run out of time by committee co-chair Joan Fubbs, Mngxitama reportedly called Fubbs a “fascist” and then threatened to beat up co-chair Yunus Carrim when told to apologise.

Amid such theatrics, it was easy to lose sight of the far more significant presentations made to the finance committee on the same day. Most alarming was the information presented by the CEO of the National Credit Regulator, Nomsa Motshegare, who confirmed that we are a nation up to the neck in personal debt.

The total amount owed by individual South Africans, as of September 2016? R1.6-trillion. A politician with a plan to address that issue would be talking truly radical socio-economic transformation. DM