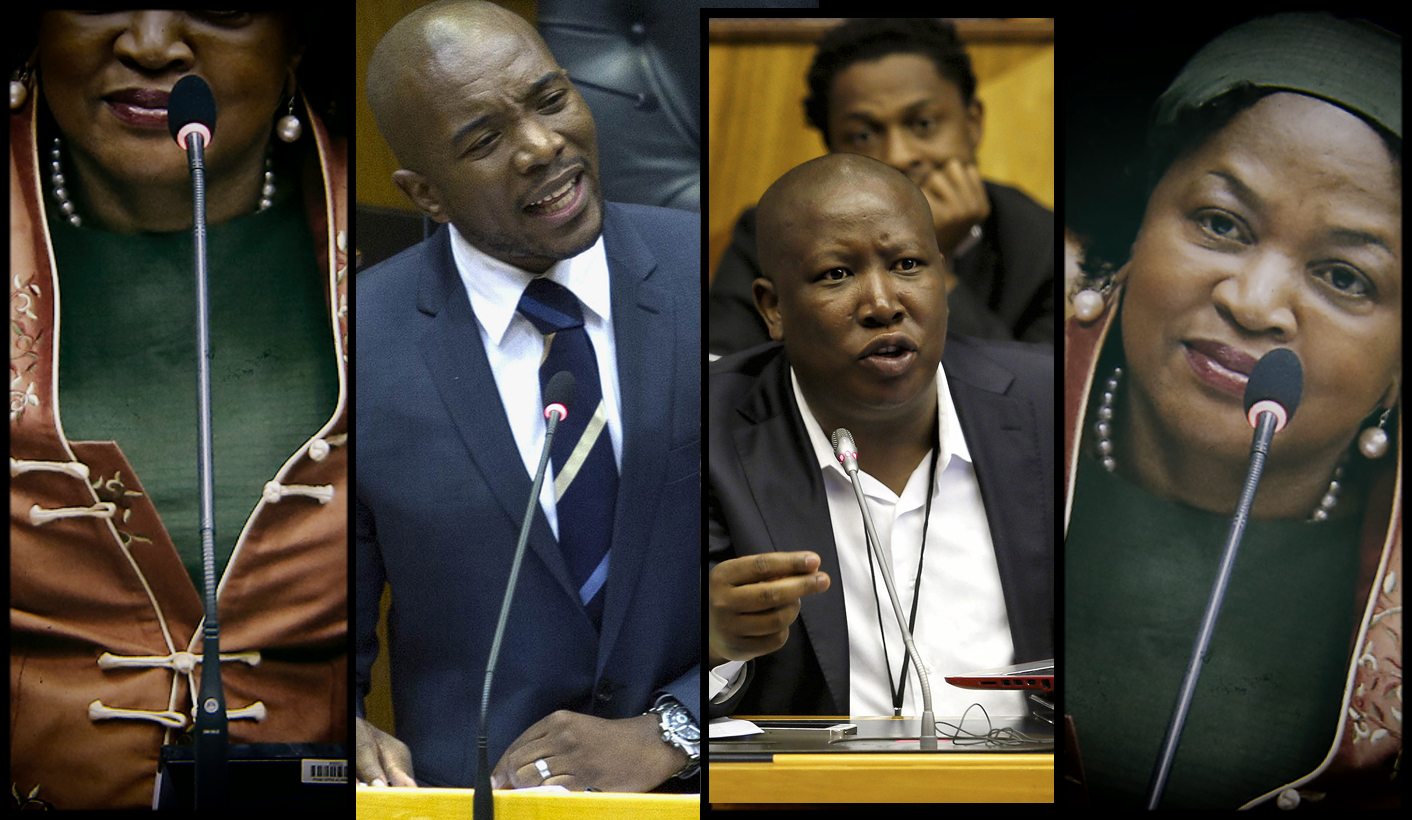 What happens when you have eight working days to plough through voluminous spending, strategic and performance plans, not only of national departments but also state entities? A parliamentary sausage machine, where departmental budgets fly off the conveyor belt packaged in fanciful but frequently meaningless PowerPoint presentations. By MARIANNE MERTEN.

Tuesday was the first day back at work at the national legislature for MPs after a month’s recess. With the first Budget vote debates scheduled from mid-May, the clock is ticking – February’s Budget must be adopted by Parliament before the statutory deadline of late June.

And so for the next couple of weeks, except for Mondays, scores of committees meet mostly in all-day sessions, to plough through not only departmental spending plans, annual performance plans and overall strategic plans, but also those of related entities.

Some committees are lucky, there’s just a department and maybe an entity or two, like with Home Affairs, which also includes the Independent Electoral Commission of South Africa (IEC) and the Government Printer, or the SAPS, which is just the police. Others are not so fortunate: Arts and Culture has about 17 entities, mostly museums like the War Museum of the Boer Republic; Mineral Resources has several entities, such as the research and development entity Mintek, the State Diamond Trader and also mine health and safety, while Water and Sanitation includes various water boards and catchment management entities.

Amid this time crunch, how much scrutiny and oversight is actually being done? And how much of spending plans and performance targets talk to the radical socio-economic transformation rhetoric currently popular in certain circles?

Not much, if Tuesday’s committees are anything to go by.

What was talked about was the National Development Plan (NDP), the national blueprint adopted by Cabinet and Parliament in 2012 to reduce poverty and inequality by 2030.

Levels of parliamentary scrutiny depend on the committee. Departments present summaries of the annual performance and strategic plans, elaborate tables of the rands and cents allocated to various programmes and sub-programmes and much talk of achievements. Then it’s MPs’ turn for questions. But there is often little scrutiny of how the performance targets can be massaged to make results look better or how spending relates to indicators and performance targets.

This was a point raised on Tuesday by policing analyst Eldred de Klerk, who appeared before the police committee. It is one of the few, if not the only one aside from the appropriations committee, that has invited other than departmental and entity officials to brief it. The days of input from non-governmental organisations and collaborations like the People’s Budget have long come to an end.

While the South African Police Union (SAPU) told MPs of the continued use of non-existent ranks such as lieutenant-general, and the slow pace of action against corrupt members, particularly if they are senior officers, De Klerk raised issues over how the rands and cents of the police budget did not necessarily talk to the police as a public service to ensure the safety and security of South Africa’s residents.

Quantitative targets of reducing crime are no indicators of how a budget is spent, he said, also asking why public satisfaction with the police service was not a performance measure, and why the official documentation did not reflect what was being done about the declining confidence emerging from various research. The focus was on indicators, not impact, De Klerk said: while there were thousands of arrests, finalisation rates stood at around 31%. Effectively, while people were arrested, there was less than a one in three chance of the arrest leading to a charge, court appearance and potential conviction.

This massaging of numbers to tick the boxes is not new. Some weeks ago National Prosecuting Authority (NPA) boss Shaun Abrahams told the justice committee that “today the conviction rate of sexual offences sits at a very dignified and impressive 72%”. However, this was not quite borne out by the official annual performance plan. The official indicator of sexual offences convictions is set at 69%, and slightly lower at 68% for those cases coming through the Thuthuzela Care Centres, the specialised centres bringing together police, social workers and medical staff to specifically deal with sexual and domestic violence offences.

But that does not mean no nuggets of how departments are run emerged on Tuesday. The IEC told the home affairs committee it had managed to reduce to six-million [from 16-million] the number of voters without proper addresses on its voters’ roll following the Constitutional Court ruling setting aside the Tlokwe by-elections due to the voter registration shambles. And MPs heard that three million more women than men voted in the 2016 local government elections.

The communications committee was told South Africa would miss yet another deadline in the digital migration – June 2018 – after having missed the original 2015 deadline to move from analogue broadcast signals to digital, thus freeing up spectrum for broadband. MPs were told the reasons were “supply chain management irregularities” and “collusion issues”, according to News24.

And then there was the humdinger about South Africa actually having sold its strategic fuel stocks, according to HeraldLive. It was denied previously as a “rotation”, but is now acknowledged as a sale by newly appointed Energy Minister Mmamoloko Kubayi, a former parliamentary committee chairperson.

In a statement after the energy committee meeting, its chair Fikile Majola welcomed the minister’s “open and transparent” attitude on a number of tricky issues such as the instability and financial crunch at PetroSA, and possible public hearings on any future nuclear build. “The committee is looking forward to the department’s budget vote on 19 May 2017, which should provide more details on the plans the minister has for the department,” Majola said.

But actually, parliamentary committees are meant to exercise scrutiny and oversight over “the exercise of national executive authority”, according to Section 55(2). That exercise of executive authority is formalised for scrutiny in the annual performance plans and strategic plans that must be tabled in the national legislature after the Budget is announced, and the annual reports which must be tabled no later than the end of September every year.

And Parliament has the right to amend or even reject budget allocations and departmental spending plans since 2009 when the Money Bills Amendment Procedures and Related Matters Act came into force. It was a hard and long fought-for right, steeped in politicking, and not only because of National Treasury’s reluctance about anyone fiddling with what is in effect an almost year-long budgetary process.

Parliament has never exercised this right. Given the time crunch – also throw in a question session or two in the House, and the need to pass legislation – it’s unlikely this year is going to be any different. DM