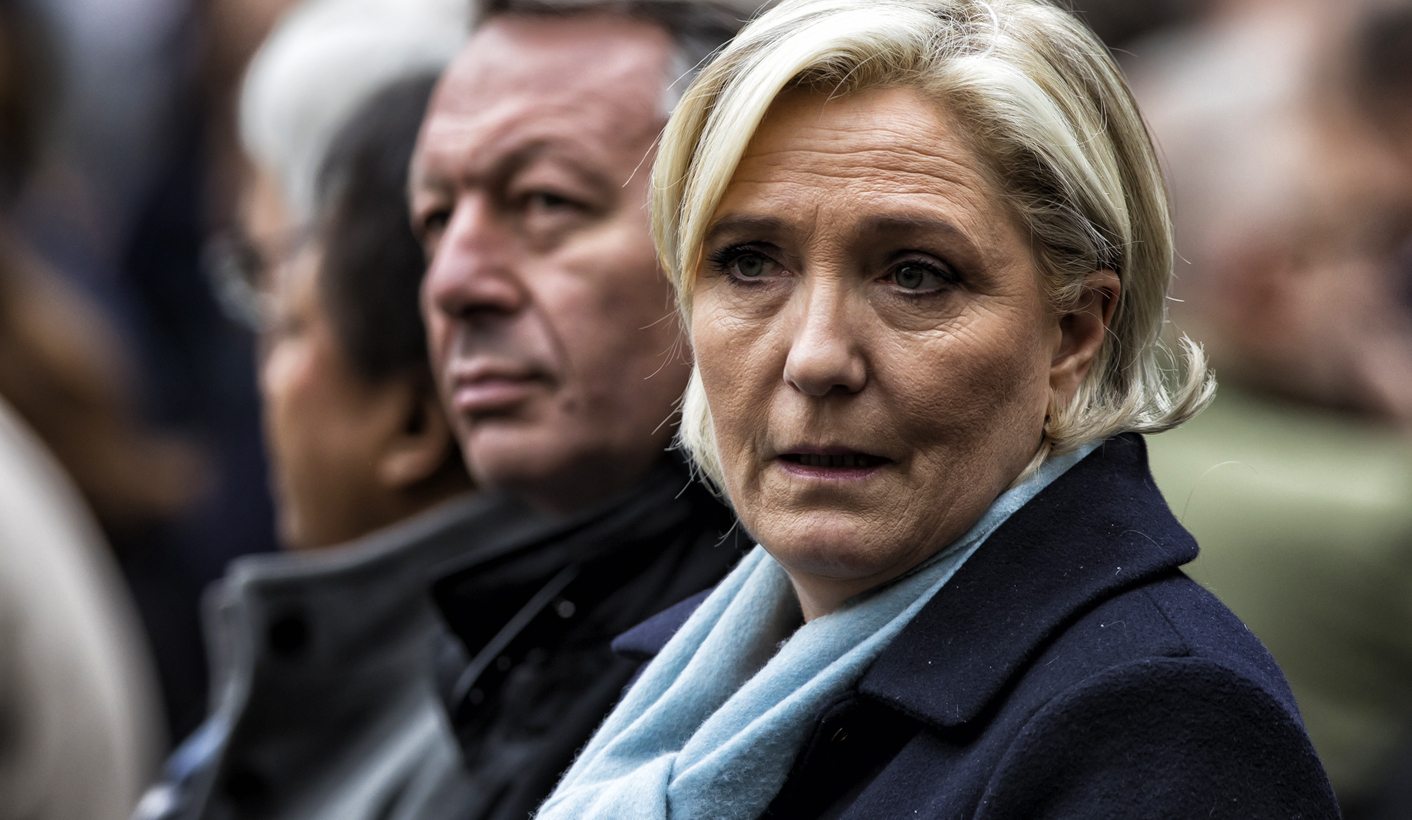 As France undertakes its general elections, the world's eyes will be on Marine Le Pen as concern grows about the future of the European Union (EU). Lingering insecurity, especially in the wake of the most recent terror attack on police on the Champs-Elysees in Paris, will have a marked effect on voter sentiments in one of the founding members-states of the Union. EU-critics will see this as the inevitable result of the EU’s failed integration policies. By MARIUS OOSTHUIZEN.

While it is impossible to predict with certainty which candidate will win the French election, it is useful to consider the cascading events that will transpire should Le Pen be given the opportunity to implement her programme of protectionist nationalism in France. The Front Nationale’s policies of border closures, an anti-Islamic religious clampdown and their France first economic policies, reminiscent of US-president Donald Trump’s populist campaign, will send tremors through the very fibre of European civilisation. The EU’s tectonic plates will shift.

In our analysis there are four major tipping points that will shape the EU in the next decade, should Le Pen be victorious. Our assessment is that the French people will be less conservative than the Dutch, who pulled the Netherlands back from the brink of Geert Wilder’s brand of Islamophobic nationalism. This is certainly not a preferred scenario for EU supporters, but contemplating a worst-case scenario is useful in sensitising one to the strategic alternatives.

Watch out for; the end of war in Syria and jockeying for political influence in the region, contagion from conflict in the South Caucuses and the militarisation of the Black Sea, Turkey choosing to, or being asked to leave NATO, and the weakening of the Euro in the wake of a so-called “reform” of the European Central Bank (ECB).

End of War in Syria and Jockeying for Political Influence

As backdrop to the French political process, there is an uptick in American interventionism in Syria. It is conceivable that the US, with their Nato allies including Turkey, will want to dictate the terms of a post-war settlement in Syria. Protracted negotiations between factions will surface a contentious Turkey-Russia-Iran-Egypt nexus of growing influence in the region. The Americans will not be pleased, and will look to Turkey’s European neighbours, to assist in pressurising Istanbul to take a position that is more friendly to their regional interests and ally, Israel. Turkey will refuse. The absence of the lure of potential EU membership, growing authoritarianism from the regime of Turkish President Recep Tayyip Erdogan, and an unexpected improvement in Turkish-Russian relations, will muddy the waters in Istanbul’s working relationship with Washington.

Turkey will calculate that Europe’s gas-dependence on Russia, via the Turkish Stream, gives them leverage and puts them in a strong position to make demands that serve their interests. President Erdogan will flirt with the idea, that in the absence of President Bashar al-Assad in Syria, he can play a more prominent leadership role in the Arab world. In December 1997 President Erdogan is quoted as having recited a Ziya Gökalp’s poem saying of Islam, “The mosques are our barracks, the domes our helmets, the minarets our bayonets and the faithful our soldiers…” Drawing on this militant theocratic world view, Turkey will choose realpolitik and prestige over democratic constitutionalism in their sphere of influence.

Growing tensions in the South Caucuses will accelerate the militarisation of the Black Sea. This will not sit well with Germany, who will be pressed upon by Romania and Hungary to exert pressure on the Russians and Turkey by increasing their military presence. As a former close friend of the US under Obama, a newly elected Angela Merkel will be reluctant to mobilise her weakened coalition, and risk protracted conflict. The unease of these two tipping points will place strain on Nato members who would already be contemplating the fallout of the potential collapse of the EU. US President Donald Trump’s incoherent foreign policy approach will not help the situation.

When Sweden and Finland leave the EU

Wanting to avoid fiscal contagion from the aforementioned conflicts through their EU membership, Sweden and Finland will try and renegotiate their position to something that resembles that of Norway. Germany will be faced with a conundrum – still reeling from zero-sum negotiations with the UK, and having to make the choice between playing hard-ball with northern European member-states on the basis of principle, or accepting the inevitable and undermining their own arguments in favour of the EU. The German people will be fed-up and decide to cut their losses and want to abandon the EU project. Watch for a call for a referendum on the EU by Angela Merkel.

Turkey will increasingly find it difficult to assure their Nato allies that they will act in their interests should an all out conflict erupt in the region. Making the counter calculation, that the US and European countries will not come to their rescue either, and in the absence of a large-scale threat from Syria, Turkey will opt to leave Nato. Russia and Iran will see this as an opportunity for consolidation in the Middle East, looking to Egypt to pivot in their direction. Israel will be dismayed at an escalation of an already volatile security environment as a consequence. The 1950s Egyptian revolutionary president, Gamal Abdel Nasser said of the Jews, “you will never be able to live here in peace, because you left here black but came back white”. Turkey’s abandonment of Nato will remind the Zionists of Nasserims blasé bigotry and the unravelling of the Bagdad Pact in 1979.

ECB Reform and the Weakening of the Euro

The remaining members of the EU will by this time be pushing for wholesale “reform” of the ECB, in favour of less fiscal conservatism. Global financial markets will likely overreact looking to the dollar, yen and yuan as havens in the medium-term. The Euro will weaken considerably, though not collapse, now entrenched as the currency of choice for global trade with Germany.

Taking the long-view of Europe, what surfaces is the continent’s unresolved relationship with both fascism and Islam. In a twist of great irony, author Kevin Coogan quotes a friend of Adolf Hitler, Ahmed Huber as recounting the fürer as having said, “the only religion I respect is Islam. The only prophet I admire is the Prophet Muhammad”. Hitler’s sentiments are obviously not shared by the fascists who now threaten to redefine the essence and contours of the EU and Europe. It remains up to the French electorate to decide how they navigate the insecurity of this political moment. Whether or not they remain loyal to their secular, tolerant and democratic roots will have far-reaching consequences for the next half-century. DM

Marius Oosthuizen is a member of faculty at South Africa’s Gordon Institute of Business Science (GIBS), at the University of Pretoria. He heads up the Future of Business Project, a future studies initiative focused on South Africa, Africa and BRICS and teaches and consults in the domain of scenario planning.