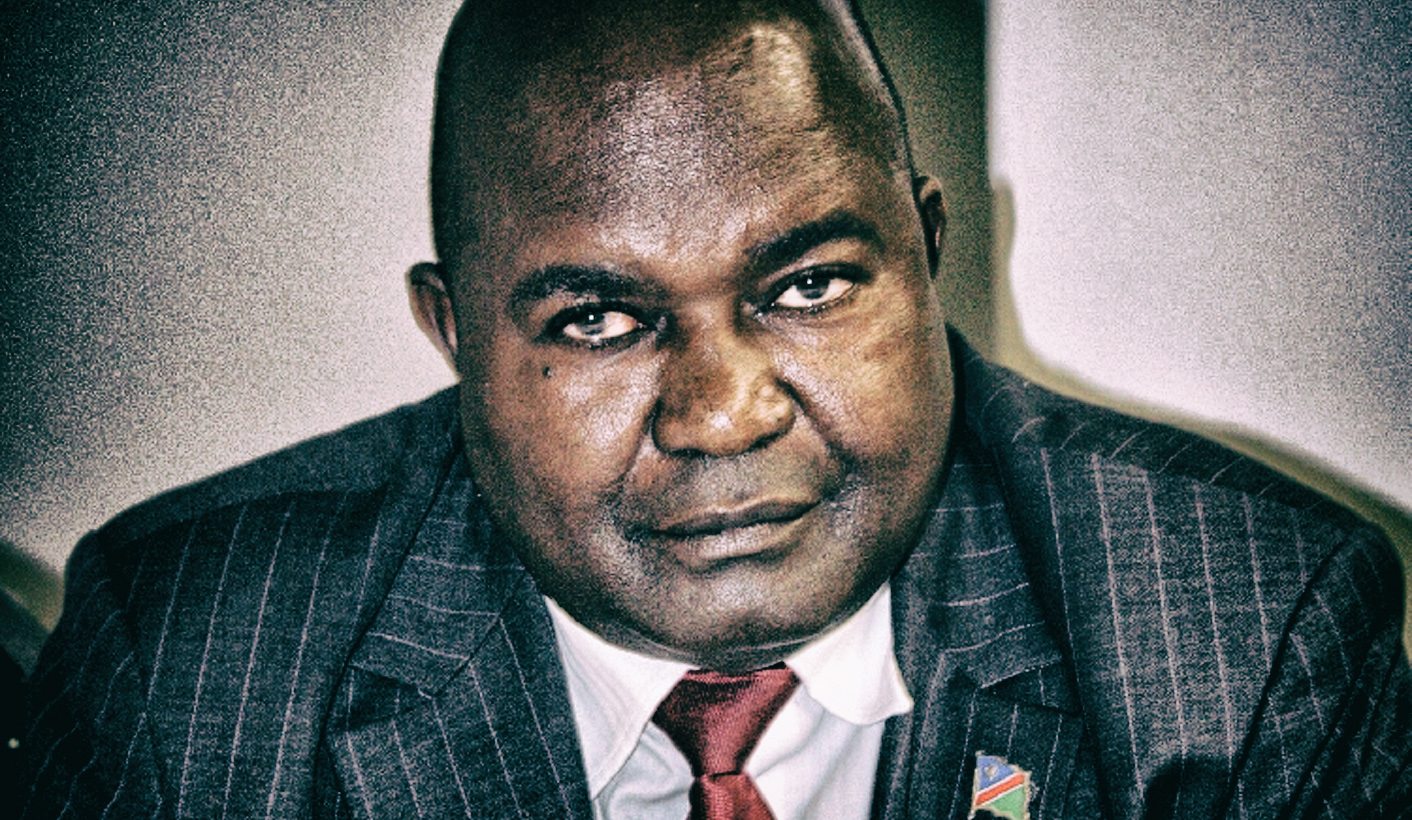 Banking authorities in the United States forced the Namibian government to recall N$156-million it transferred to a Chinese state-owned arms dealer Poly Technologies after the US government slapped sanctions on the company, The Namibian has learnt. By SHINOVENE IMMANUEL for AMABHUNGANE.

Namibia’s defence minister, Penda ya Ndakolo, announced in the National Assembly two weeks ago that money was returned to the finance ministry last year, but did not explain in detail what it was meant for and why it was recalled.

The minister said the N$156-million payment to Poly Technologies was returned by the Chinese company via the Bank of New York (BNY) because it was end of the financial year.

However, several government officials, who asked to remain anonymous, confirmed this week that the Namibian defence ministry was forced to withdraw the payment. The Namibian understands that the BNY informed Namibia’s central bank, the Bank of Namibia, and the finance ministry about the transaction.

Budget documents tabled by Ya Ndakolo in the National Assembly this month show that the defence ministry paid N$156-million to Poly Technologies, a subsidiary of state-owned China Poly Group Corporation, which has headquarters in Beijing.

According to its website, Poly Technologies is a large defence company exclusively authorised by the Chinese government to import and export all defence-related weaponry.

However, an inspection by The Namibian of the US Federal Register, the government’s official mouthpiece, shows that in 2013 the company was placed on the US sanctions list for selling banned weapons to Iran, North Korea and Syria.

According to the official Xinhua News Agency, the Chinese government objected to the sanctions, saying that it had never assisted in developing banned weapons.

Ya Ndakolo said the defence ministry informed the finance ministry that the N$156-million – for arms, ammunition and transport for aircraft parts – had been paid to Poly Technologies. ?Asked by The Namibian for further details of the arms deal and the recall of the N$156-million payment this week, he declined to comment, saying the matter is security-related.

Defence spending in Namibia is shrouded in secrecy. Neither the government nor the military has ever explained a N$6,7-billion allocation for research and development that has featured in the defence ministry’s budget over the past three years.

However, Ya Ndakolo hinted in his budget presentation this month that the money was partly to buy weapons.? One of the ministerial targets, he said, was to conduct research on how to modernise military equipment used by the defence force and acquire 16% of what is required by 2018.?

“Yes, this target was achieved, however, it will be ongoing as the Namibian Defence Force has to keep up with the global-technology advancement,” he said in his budget report.?

Asked whether the targets had been reached with maximum efficiency, he said: “Defence equipment such as aircraft and warships take many years to be manufactured and all these contracts are in foreign currency.”

Poly Technologies is known as one the world’s major arms dealers and has has been a frequent beneficiary of Namibian military contracts.? It has also partnered South African state-owned arms manufacturer Denel in building three naval vessels.?

Denel announced in January this year that Namibia had bought eight landmine-resistant light armoured vehicles and a weapons system known as a “self-defence remotely operated weapon”.?

The Chinese company has also been accused of making payoffs to military officials in Namibia. Namibia’s prosecutor general, Martha Imalwa, said in court papers in 2011 that Poly Technologies paid US$499 950 (about N$3,89-million) into the Zambian bank account of former defence force chief Lieutenant General Martin Shalli through two deposits of US$249 975 each in October 2008 and February 2009.?

At the time, Poly Technologies had a contract to supply military equipment worth US$126,4-million (about N$985-million) to the Namibian government, Imalwa told the court.

Shalli, who retired in 2011, denied receiving any irregular payments in connection with the arms contract.

Questions sent by The Namibian to Poly Technologies were not answered.

Meanwhile, Ya Ndakolo has claimed that over the past financial year the ministry has achieved a 99% implementation rate in the upgrading of defence systems and the acquisition of acquiring assets and facilities for the army, air force and the navy.?

However, he said the military has been heavily affected by budget cuts, and that the ministry of defence will have to make do with less this year after years of financial injections from the state. Ya Ndakolo said the current N$5,6-billion budget is not sufficient for planned programmes, and that this might compromise Namibia’s security.?

“The cost of acquiring navy assets, the training of crews and maintenance of both the assets and personnel, including supplies (fuel and lubricants) to keep them operational is costly,” he said.?

He said the same applies to the Namibian Air Force in terms of acquiring jet fighters, transport aircraft, helicopters, the training and maintenance of pilots and aircraft technicians, and the servicing and provision of parts needed to maintain aircraft. DM?

*This story was produced by The Namibian’s investigative unit in association with the amaBhungane Centre for Investigative Journalism.

We are an independent, non-profit investigative journalism centre. Like this story? Be an amaB supporter. Sign up for our newsletter. Visit us at   amaBhungane.co.za.