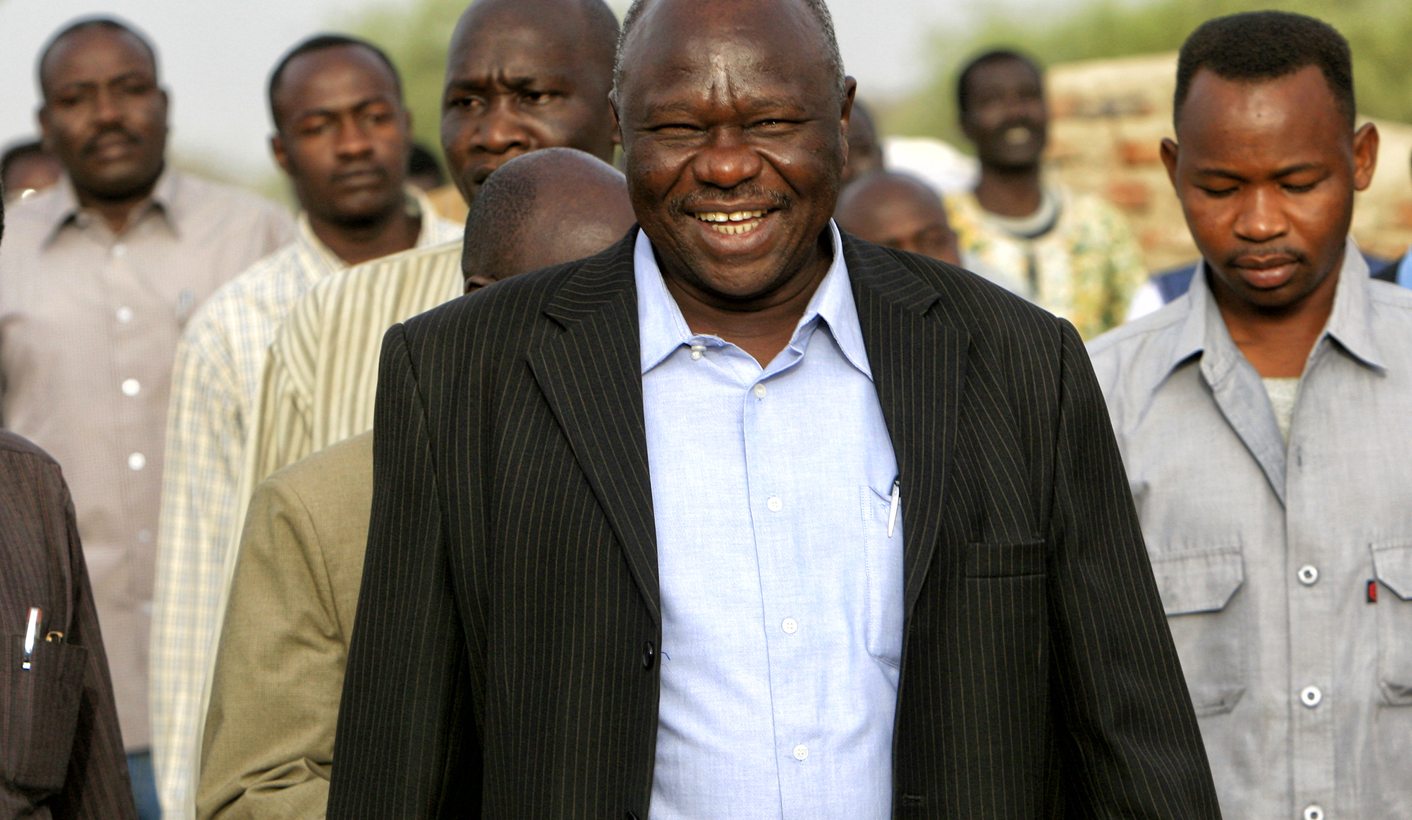 One of the key concerns is the “continuous lowering of the ceiling” of the Sudan People's Liberation Movement-North (SPLM-N) demands vis-à-vis the Sudan government during peace talks. The rebel leadership has agreed to address this concern and others during a convention to be held in June. By NUBA REPORTS.

Reacting to this, the SPLM-N executive leaders, including Chairman Malik Agar and Secretary-General Yasir Arman, came to the rebel-controlled capital Kauda in the Nuba Mountains on March 25 and held consultative meetings for a week with the army and the regional council. The rebel army, the Sudan People’s Liberation Army-North (SPLA-N), assured the executive leaders their forces would remain united despite political differences within the movement. The executive group decided to cancel all the decisions made by the regional NMLC as their decrees surpassed their political mandate, the SPLM-N Chairman Malik Agar told Nuba Reports.

The visiting group made a series of resolutions, including an extension of the cessation of hostilities between them and the government forces until the end of June. Pledges to convene a meeting to discuss some of the concerns cited by Hilu were also raised but whether these concessions will be enough to assure the rebel movement’s unity remains to be seen.

Hilu’s letter is an impassioned defence of the SPLA-N’s armed struggle. It questions whether the leadership’s alleged lack of democratic rule and conciliatory tone in the peace talks adequately represents the Nuba people who have made considerable sacrifices to the rebel movement. According to the letter, the movement lacks a manifesto to guide them, for instance, and political bodies designed to develop democratic leadership were never formed, leaving decisions to the arbitrary will of the secretary-general. “The movement continues without a manifesto except for individuals’ efforts and personal views, this is the basis of the problem,” Hilu writes in his letter, “(and) when the disagreement goes beyond to the principles and directions (of the movement), the problem begins.”

One of the key concerns Hilu highlights is the “continuous lowering of the ceiling” of the SPLM-N demands vis-à-vis the Sudan government during peace talks. This is especially acute, Hilu says, in the demand for the right to self-determination and waiver of security arrangements. According to the letter, the negotiating stance SPLM-N took in 2002, demanding either a secular, democratic Sudan or the right to self-determination, has dissipated under the present leadership. While the current priority for the Nuba people is for a more egalitarian, unified Sudan, Hilu told Nuba Reports, the right for voluntary unity for the Nuba people must remain intact at the negotiating table.

In August last year, the SPLM-N leadership also reneged on an earlier January internal agreement to ensure the SPLA-N remain a standing army for 20 years until the implementation of a peace agreement is realised, Hilu stated in his letter. Instead, the SPLM-N peace talk negotiators have agreed to assimilate the rebel army into the national forces if a comprehensive peace agreement is achieved. “The waiver of security arrangements means, in my view, that the SPLA-N is disarmed by means of assimilation into the National Congress partisan army,” Hilu writes, “ending its role as guarantor of any agreement, or as a tool of pressure to achieve democratic transformation and just peace.” With the ruling party’s history of breaching agreements, Hilu said in an interview with Nuba Reports, Sudan is set to disarm the rebel army “and then go back to exclusionary policies against the Nuba and other marginalised people like it is doing right now in Darfur”.

SPLM-N chairman Agar concedes that Hilu raised germane concerns. “All issues that are raised are right,” Agar told Nuba Reports, “but not necessarily that every right is applicable – it depends on the circumstances on the ground.” The rebel leadership has agreed to address Hilu’s concerns during a convention to be held in June, Agar added. The latest press statement by the SPLM addressed several of Hilu’s consternations –including future plans to draft a manifesto and to form a more democratic, political body – the National Liberation Council. The statement acknowledges the flaws in the organisation, Hilu concedes, but still lacks a commitment to democratic values. The leadership criticised and rejected the stance of the regional council, the Nuba Mountains Liberation Council, only to commandeer their stance as their own, Hilu says. “Annulling the decisions and recommendations of the representatives of the people, and then taking these very recommendations and applying them but with the orders of the leadership up top –this commanding tone won’t help in finding a cure for the ailments of the organisation.”

Despite these differences, neither Hilu nor the other SPLM-N leaders believe a split will take place within the rebel movement. Agar assures the supporters of the rebel movement that “we are intact and still united behind the vision of the movement, including the methodologies.” SPLM-N Secretary General Yasir Arman, along with Hilu and Agar, view the internal disagreement as an opportunity to renew the movement and “to change a liability into assets.” Hilu, too expresses optimism that the SPLM-N would overcome this crisis and come out of it stronger, more democratic.

If Hilu’s political forecast is true, he may not be there to see it. Agar said they do not want the SPLM-N Deputy Chairman to resign until they have a time to discuss the matter with him. But Hilu has not hinted he will reconsider his resignation despite a groundswell of supporters urging him to remain. But Hilu believes his resignation, as one individual, will not affect the rebel movement. “The People’s Movement for the Liberation of Sudan as an organisation and as a vision won’t be affected by the leaving of one person,” Hilu said, “my absence won’t affect the course of the struggle, but instead (…) move forward with strength and efficiency towards its goals.

Whether all of these internal disputes can be resolved in the weeks ahead to form a unified stance at the negotiating table with Khartoum, however, appears far-fetched. The divisions will inevitably stretch further unresolved agreements in the short term, including the crucial issue of humanitarian access. But the SPLM-N leadership seems to agree that these same differences may help foster a more representative, effective SPLM-N mediation at the negotiating table in the long term. DM