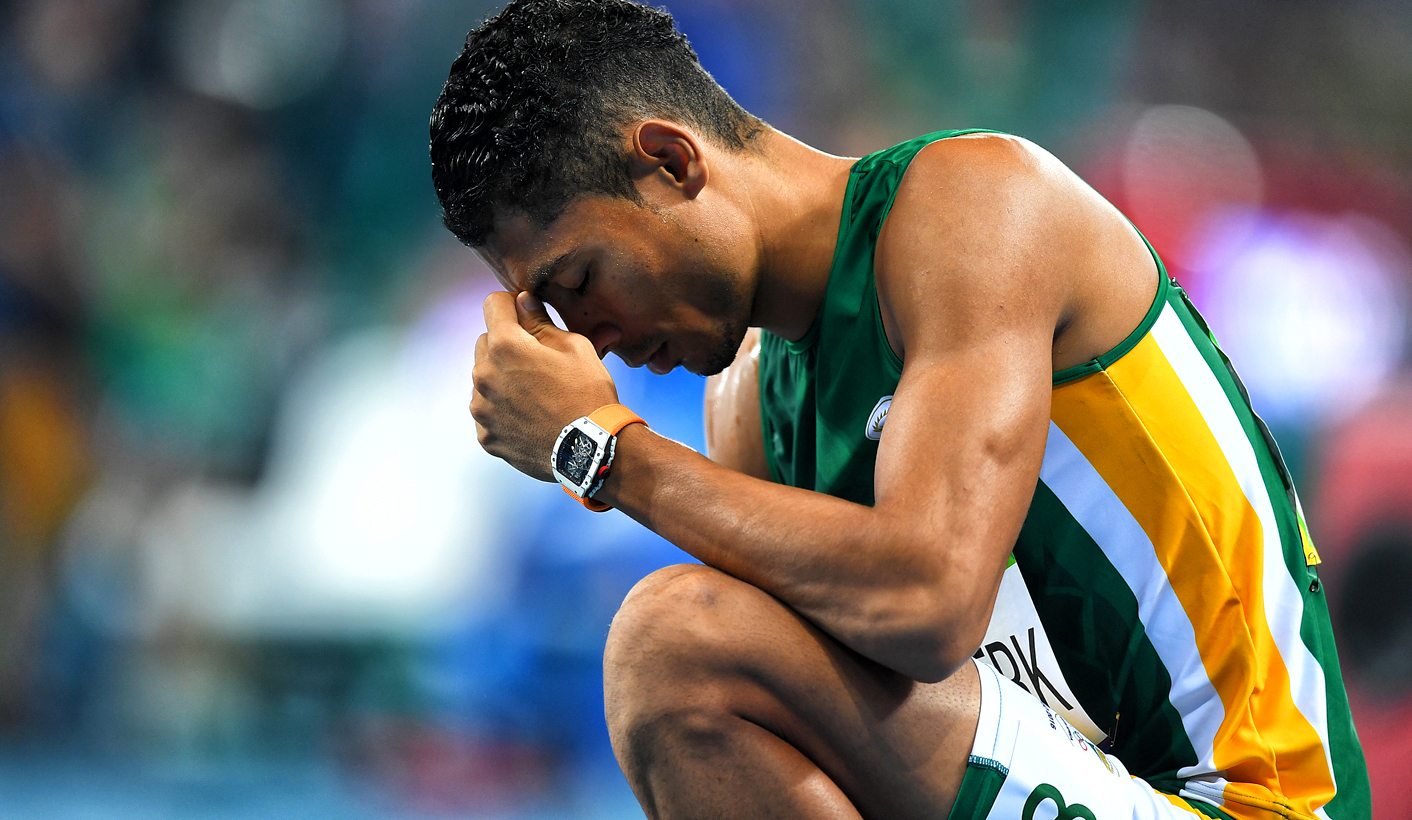 Over the weekend, some of South Africa’s top athletes were slogging it out at the national championships in Potchefstroom. What should be Athletics South Africa’s premier showcase has been relegated to a hashtag they didn’t even come up with themselves. By ANTOINETTE MULLER.

Those in the know say that South African athletics is in its heyday. Looking at the field for the national athletics championships from this past weekend, they might be right. Five Olympic medallists, including a world record-holder, is pretty impressive.

Luvo Manyonga jumped 8.65m in a single leap, breaking the previously held South African and African record by 3cm and edging closer to his goal of becoming the first man to jump over nine .

But unless you live on the internet – and have access to enough data – you’re unlikely to have seen much of it. In fact, if you went nosing around to find the results on Sunday, you wouldn’t even have found them on Athletics South Africa’s (ASA) website.

Such is the contempt the sport’s governing body has for its elite athletes and its most high-profile event of the year. Yes, that’s right, an incredible athlete breaks a record – at an event sanctioned by his federation – and there is no news about it on official channels. If this was North Korea trying to cover up the team’s failings at a World Cup, you might understand, but this is a country with esteemed athletic talent that should be celebrated and given endless exposure to attract sponsors.

The event was not even broadcast live on national television. Instead, SABC 2 had the “delayed live” option, highlights packages and a “live stream” option which didn’t always function as it was supposed to. The country’s paid broadcaster could do little because the SABC owns the rights.

We’re all aware of the mess the public broadcaster is in, but that does not exonerate Athletics South Africa (ASA) from the failure to broadcast an event that is of high national interest.

Back in 2011, the Mail & Guardian reported that ASA and the SABC were at odds over unpaid bills over rights. That cycle of rights was due to end in 2012. Yet, ASA sold the rights off to the SABC again.

The following year, the SABC failed to televise the South African cricket team’s home series against New Zealand, for the first time since readmission. Spot the trend.

For some, especially those donning suits, the “live stream” option was a reasonable compromise. But it’s nothing more than a modern-day version of “let them eat cake”.

We live in a country where, although mobile phone access is huge, internet access, with its expensive data, continues to present a barrier.

The SABC has failed its public mandate.

ASA has failed its athletes.

Those on the ground in Potchefstroom also noted how little hype there was about the event. No posters on lamp posts, no attempt to woo people to watch, just the athletes tweeting about a hashtag which they had engineered themselves. Even Usain Bolt gave the event a punt on social media.

But despite what it might feel like sometimes, social media remains a relatively small echo chamber and practical and “old school” marketing is still required to drum up interest.

Yet, as Ockert de Villiers noted in his piece for The Saturday Star, these championships should be ASA’s biggest asset. But it’s been relegated to a hashtag which ASA didn’t even come up with. Not to mention (mentioned in the same article) the fact that the meeting was scheduled on the same weekend where the IAAF’s world relay championships were taking place.

South Africa’s top athletes have all overcome struggles – personal and professional – and they deserve to be celebrated as such. The public deserves to share in their highs and lows and deserves to see them in action as often as possible because they have the ability to inspire the next generation. But it’s not just a matter of public interest, it’s a commercial one too. Athletes who have to regularly fork out for attending events from their own pockets would benefit greatly from better exposure.

The bungled broadcast of the biggest local annual athletics event is not just a disservice to the people ASA proclaims to care about, it’s an insult. That it cannot the value – community and commercial – of its athletes highlights how grossly inept this administration is.

Great sporting culture is fostered through visibility and accessibility. The athletes have done their part. What’s ASA’s excuse this time? DM