amaBhungane: R10bn in 15 days – another massive Eskom boost for the Guptas 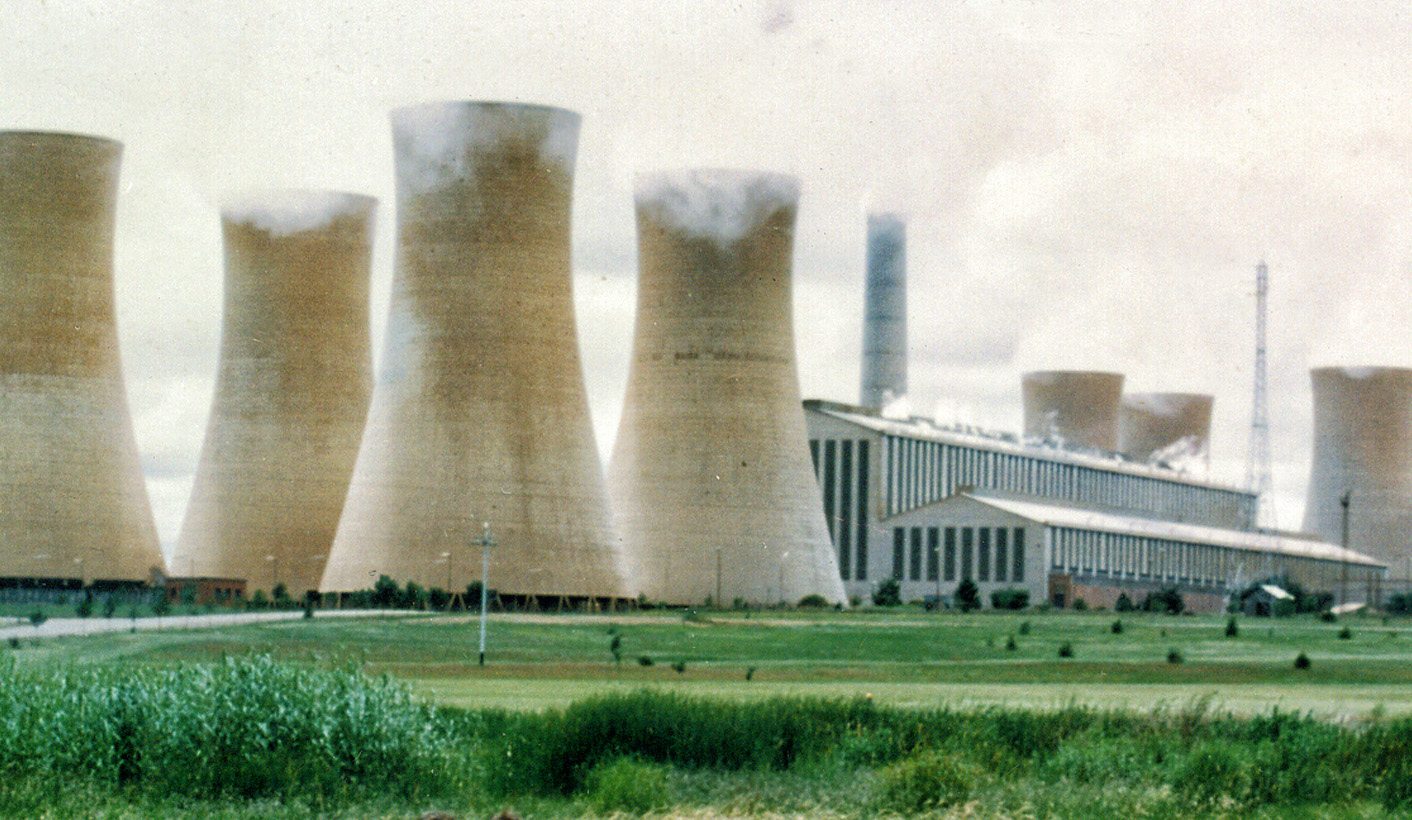 Despite warnings from National Treasury, a Gupta-Zuma owned company was awarded a seven year multi-billion rand contract by Eskom to supply coal to a soon to be mothballed power station. By Susan Comrie for AMABHUNGANE.

In August last year, Eskom boss Matshela Koko handed the Gupta-Zuma-owned Tegeta Exploration and Resources a R7-billion coal contract without a tender, ignoring warnings from National Treasury that such a contract could be irregular.

Under the contract, Tegeta’s Koornfontein Mines will deliver 2.4 million tons of coal a year at R414/ton to Komati power station, 40 km south of Middelburg.

The contract runs until August 2023, but two months after the seven-year contract was signed, Eskom’s board decided to mothball the power station.

This means that Eskom will either need to buy Tegeta out of the contract or assume the cost of transporting the coal to another power station, at least 50km away.

Two Komati units have already been shut down. Eskom spokesman Khulu Phasiwe confirmed in written responses this week that Komati will cease production altogether during the 2019/20 financial year.

The R7-billion contract is one of three lucrative coal contract extensions that Eskom tried to push to Tegeta over a 15-day period in August last year.

President Jacob Zuma’s son Duduzane owns 12.8% of Tegeta. Various members of the Gupta family still own 36% of the company, while Gupta associate Salim Essa owns 21.5% and just over 20% is owned by two mysterious off-shore companies in the UAE.

Treasury rejected two of the contracts but told Eskom they could sign the Koornfontein contract provided that strict conditions were met.

Indications are that Eskom failed to meet the conditions, but signed anyway.

Details of all three contracts, totalling R10.7 billion, are disclosed in Treasury’s publicly-available list of tender deviations and expansions. These are:

The three contracts add to the growing body of evidence that the Gupta family and their businesses have benefitted financially from a special relationship with Eskom.

At a late night meeting in April last year, Eskom agreed to give Tegeta a R659-million prepayment for coal for Arnot power station. The draft findings of a year-long Treasury investigation that was leaked this week concluded that the prepayment should be treated as a loan.

“The advance payment of R659 558 079 should be regarded as a loan because there is no evidence that Optimum Coal Mine or Tegeta Exploration and Resources used the funds to procure any equipment for increasing the volume of the coal or further processing the coal,” the draft report said – adding that the interest should be recovered from Tegeta or the Eskom officials involved.

The need to invest to increase production was the reason given by the Eskom board for approving the prepayment.

However, the public protector’s State of Capture report concluded that the payment was likely pushed through to plug a R600-million hole in the R2-billion cash pile the Guptas needed to buy Optimum.

The draft Treasury report also recommended that a forensic audit firm be appointed to “investigate why Eskom gave and continues to give preferential treatment to Tegeta … by not enforcing key conditions of the Coal Supply Agreement”.

Eskom reacted angrily to Treasury’s draft report this week, saying “the draft report… is yet to be finalised and is speculative to say the least as Eskom is yet to respond. Consequently, its contents do not entail remedial actions which are final.”

This is not entirely accurate – Eskom has been responding and engaging with Treasury for more than a year as part of the ongoing investigation, but was only due to file their response to the final report on Friday.

Tegeta declined to comment on any of the questions sent to CEO Ravindra Nath on Friday, saying: “Ms Comrie and amaBhungane have a long history of sending questions to the Gupta Family/Oakbay laced with innuendo, speculation and often total inaccuracies … Last October, we decided not to entertain further enquiries from Ms Comrie and amaBhungane. We maintain that position.”

Eskom, however, does not deny that it tried to award the three coal contracts to Tegeta in August 2016 but maintains there was a compelling business case for deviating from normal tender procedures.

Tegeta acquired Koornfontein Mines as part of the Optimum deal – Koornfontein’s contract expired at the end of 2015 and for months Eskom only offered Tegeta month-to-month extensions. Then in August, Eskom wrote to Treasury requesting to sign another extension, this time for seven years.

The new contract required Tegeta to up their deliveries of coal, and to deliver a higher quality of coal, for which Eskom would increase the price from R376/ton to R414/ton.

Despite the size of the contract, there was no competitive bidding process.

When amaBhungane first started asking questions about the Koornfontein contract in November last year, Eskom spokesperson Khulu Phasiwe tried to rebuff the queries saying: “For the National Treasury to grant Eskom permission to extend the contract of the Koornfontein coal supply – which you insist was corruptly awarded – should begin to give you clues of the integrity in which these contracts were handled.”

When amaBhungane queried why Treasury lists their support as “conditional”, a room full of Eskom executives insisted there were “no” strings attached to Treasury’s approval.

“We can have a fairly long session about the merits of the extension but we were fully supported by internal governance structures and [by] National Treasury,” Vuyisile Ncube, senior manager for coal supply operations told amaBhungane. “It was formerly a tied mine, there are other value propositions that made it compelling to support the case, that’s why they ticked it off. We didn’t think it would be very beneficial to do any other fancy stuff around procurement. It’s a case that is solid on its own to merit us getting coal from next door.”

“Fully supported” may be a stretch though.

When Eskom approached Treasury in August 2016, Treasury says it warned that Eskom could only justify a deviation if Tegeta was the only available supplier in the Komatipoort or Mpumalanga area.

“The initial application was dealt with during the 2nd quarter and a condition was given that Eskom may proceed on condition that there are no other potential bidders,” Treasury said in a written response.

This is not an easy condition to meet: Komati power station is right in the heart of Mpumalanga’s coal mining country and the power station also has ongoing contracts with two other suppliers, both of which charge a significantly lower rand per gigajoule rate than Koornfontein.

Despite this warning from Treasury in August, Eskom went ahead and two weeks later, on September 2, Koko signed the R7 billion contract.

It would appear that only after the contract was signed, Eskom told Treasury that other suppliers had emerged.

“Eskom responded during the third quarter” – which runs from October to December – “and indicated that there are other bidders,” Treasury said. By this point though, the contract had been signed.

AmaBhungane asked Eskom how and when it became aware that there were other suppliers and whether it had ignored Treasury’s instruction – Eskom responded by saying that they have decided to wait until Treasury’s investigation has been finalised before making any comment.

According to Treasury, Eskom justified the sole supplier contract to Tegeta on the basis that Koornfontein was right next door and coal would be delivered via conveyor belt. Eskom has also said that they needed to expand Komati’s stockyard by using part of Koornfontein’s yard.

However, when amaBhungane visited Komati power station last week, coal was still being delivered via hundreds of coal trucks which snake around the town of Komati on an ash-covered 10km route.

In terms of the contract, Eskom promised to build a conveyor belt within a year, but with Komati due to be mothballed in two years’ time, a conveyor belt makes little sense as coal will soon need to be trucked or railed to a different power station.

In addition to this, Eskom confirmed that just a few months into the contract Koornfontein has not even been able to meet the ambitious 200,000-ton a month target in their new contract and has fallen 400,000 tons behind on deliveries.

It’s not clear why Eskom rushed into signing such a large contract with Tegeta, and whether the officials who signed the contract were aware that Komati’s future was in question. Eskom would only say that research into the economic viability of Komati and four other power stations had been ongoing since April last year.

The Koornfontein contract came at an opportune time for the Gupta family. In a public statement on August 27, the Gupta family announced they were in negotiations with “several international prospective buyers” to sell their shares in their assets, including their mines.

AmaBhungane has confirmed with numerous sources in the coal industry that for several months Tegeta has been in active discussions to sell Koornfontein mine. The new contract could have upped Koornfontein’s value by as much as R1-billion, sources say. DM

We are an independent, non-profit investigative journalism centre. Like this story? Be an amaB supporter. Sign up for our newsletter. Visit us at   amaBhungane.co.za.